An All-22 film breakdown of Perry Riley's performance vs. Atlanta Falcons (1st half)

Continuing this week's series of looking at our free-agent-linebackers-to-be and whether or not we should re-sign them; let's take a look at Perry Riley's performance this past Sunday vs. the Falcons starting with the 1st half. 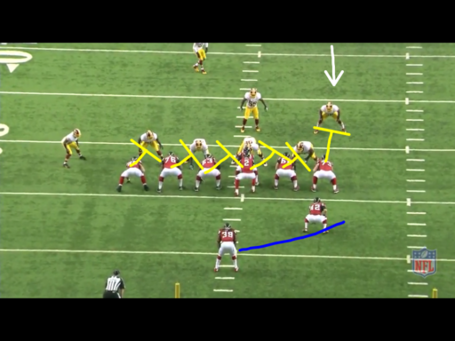 1.) The Atlanta Falcons are going to run zone right. Perry Riley is lined up over the RT 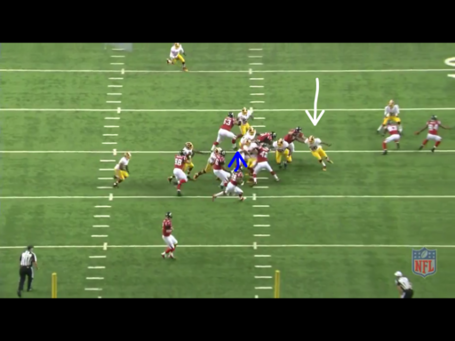 Riley beats the block and beats Steven Jackson to the spot causing him to have to cut it up into traffic. Minimal gain. 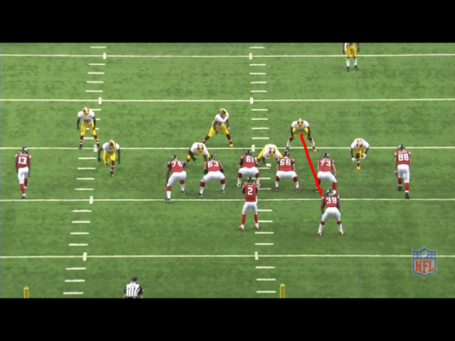 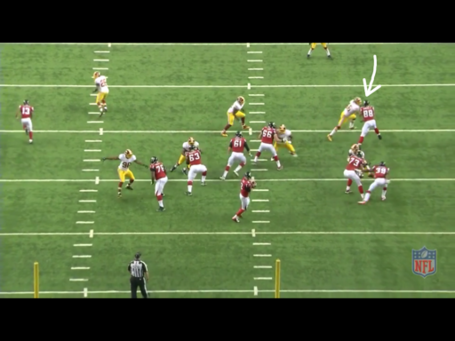 Tony Gonzalez basically tries to pick Riley with his "route" but Riley beats it quick. 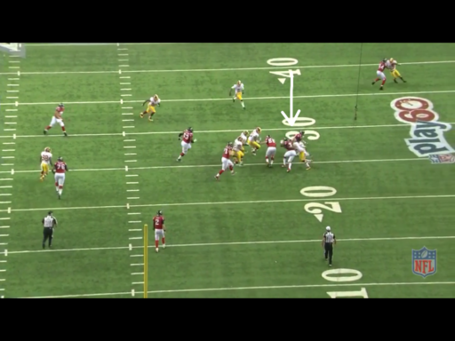 Riley gets to S.Jax before either the pulling guard or center can get in front. Play ends in no gain. 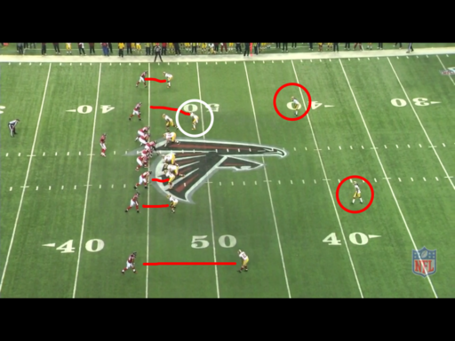 3.) Redskins are in Cover 2 man here. Riley is 1 on 1 with Harry Douglas in the slot up top and is playing inside technique. 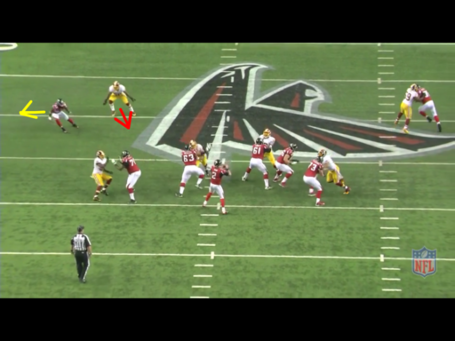 Douglas runs a Zipper Route (fake a slant route, inside pivot into an out route). Riley bites on the slant route. 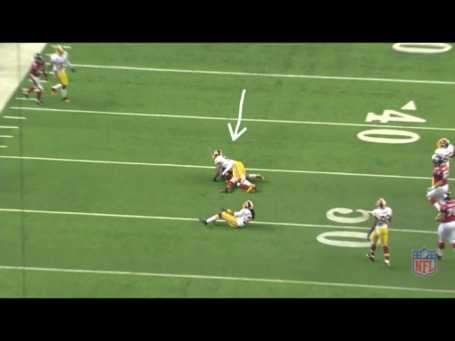 Douglas catches the pass and Riley tracks him down from behind. 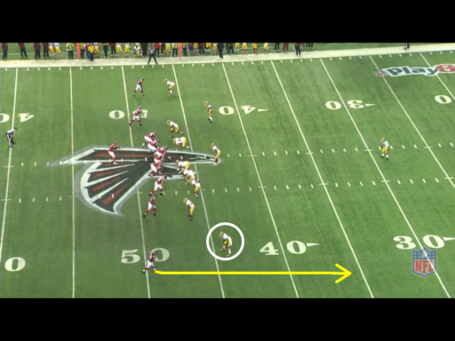 4.) Perry Riley is down at the bottom of the screen in man coverage on a Go/Fly route against Jacquizz Rodgers. 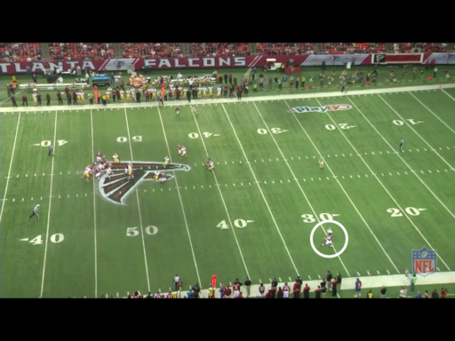 Riley stays with him on the route, giving up no separation. 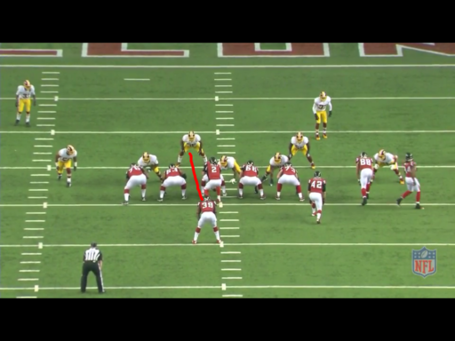 5.) Perry Riley has Steven Jackson in coverage on this play. 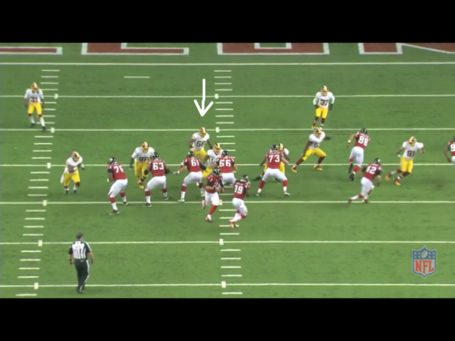 After the hike, Riley watches to see what S.Jax is doing. If Jackson goes out on a route, Riley has to cover him. If Jackson stays in to block, Riley is free to go after Matt Ryan. 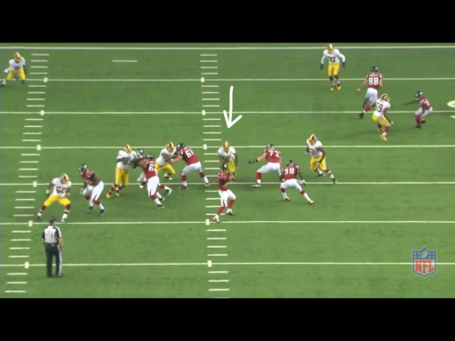 S.Jax stays in to block and Riley charges Ryan with good explosion. 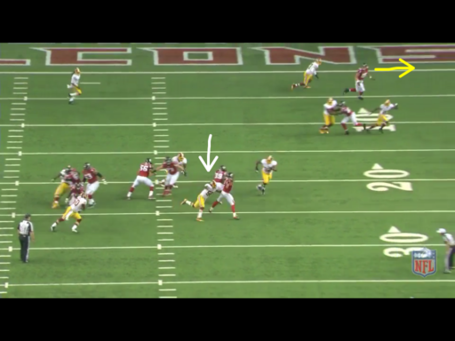 Unfortunately, Ryan slides a little to his right and Riley can't bring him down before he can get the pass off to Tony Gonzalez.

Riley spent a lot of time in the first half covering RBs out of the backfield on flat routes. I didn't break those down because most of them look the same and little/if any result on the play. Check back for Riley's second half breakdown.