An all-22 film breakdown of the limited snaps played by Adam Gettis vs. Chiefs.

Watching film this week has not been one of the more favorable things I've ever done. With so much off-the-field stuff going on, it's hard to even focus on anything that is happening on the field. Having said that, one thing that went relatively unnoticed was the fact that OG Adam Gettis got some playing time against the Chiefs. People have been clamoring for Gettis to get an opportunity to display his skills for weeks. Now that he did (albeit limited), let's take a look at how he did. 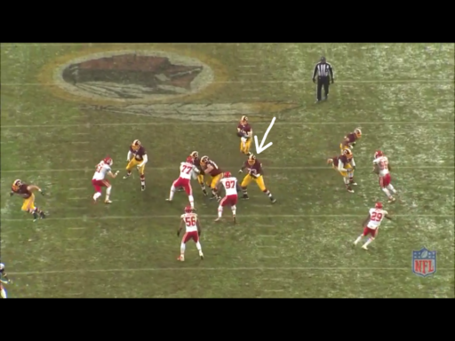 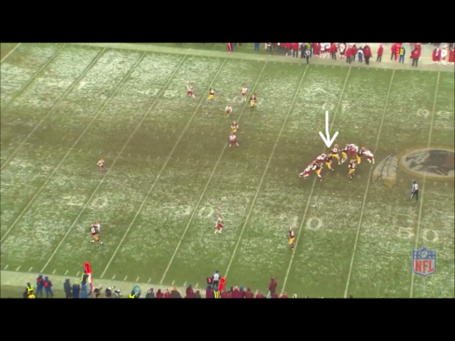 The pass rusher over-powers him at first. Look how far his back is bent. 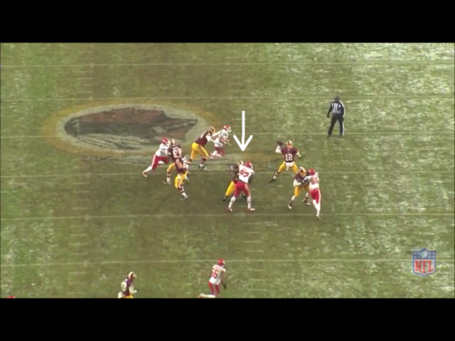 But Gettis is able to re-anchor and provide Kirk Cousins with a clean pocket. His ability to re-anchor is impressive (especially in the snow), but he needs to work on having a more solid base. That's something that has been plaguing him since he got to Washington. 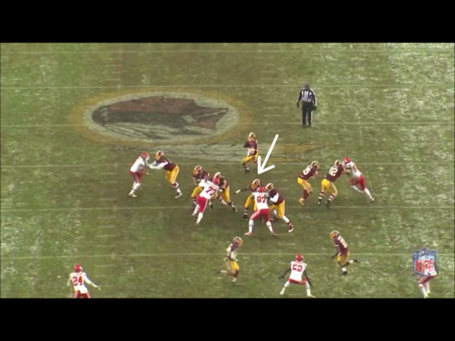 Gettis starts this play helping Trent Williams double-team Allen Bailey. Has one arm extended on Bailey while keeping his head on a swivel for any rushers that leak through. 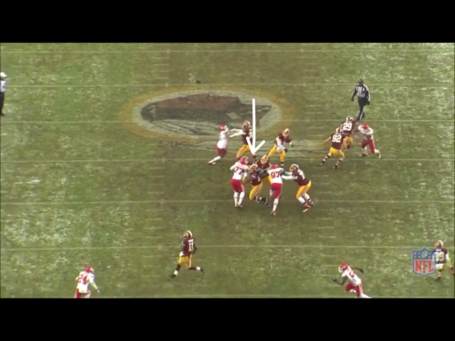 Gettis then provides support when it looks like Mike Catapano is going to get by Will Montgomery and Chris Chester. 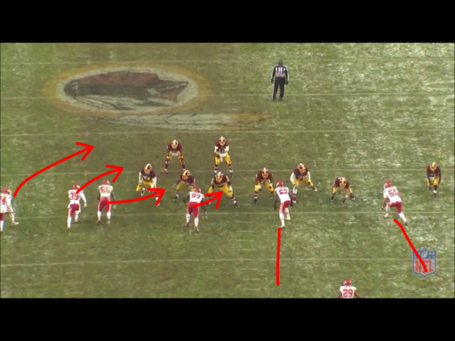 Chiefs bring an overload blitz to the right side of the formation. Cousins calls out the "Mike" and shifts protection that way. The other two drop back into coverage. 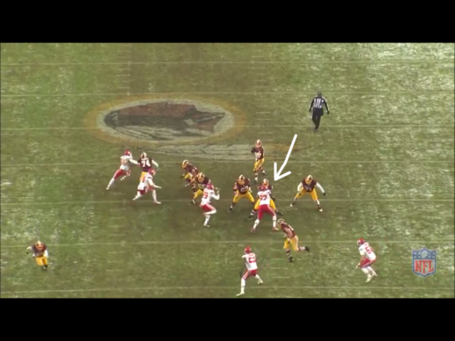 Gettis is able to pick up pass rusher getting bumped down the line. 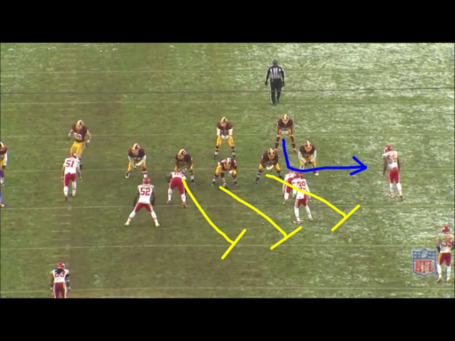 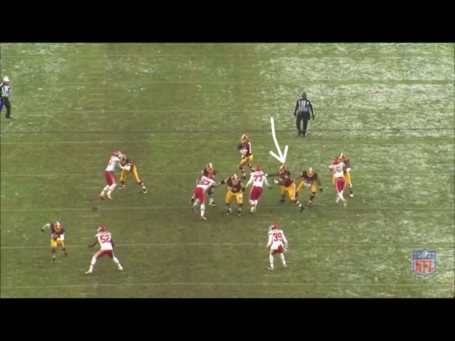 Gettis makes his block and then releases. He could have held the block a split second longer but no harm done. 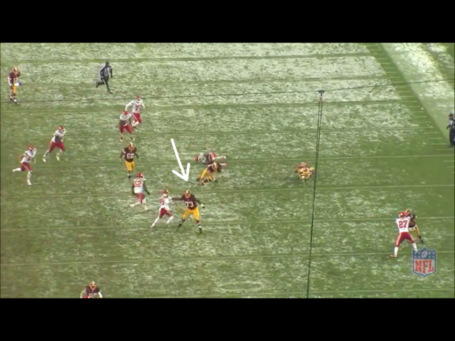 Gettis gets out into space but misses his block. 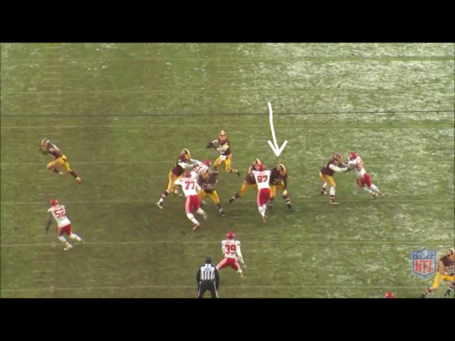 Here's another good play by Gettis. He uses his "punch" to assist Will Montgomery while keeping his head on a swivel for any other rusher who may come through his other gap. No one does. 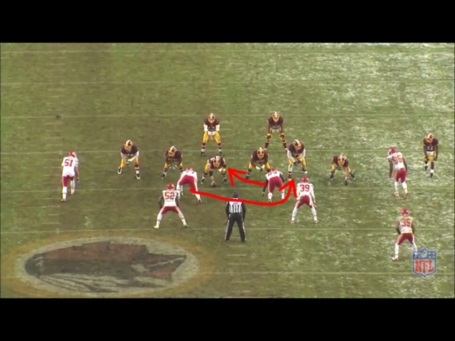 The Chiefs are going to run a stunt in the middle here. 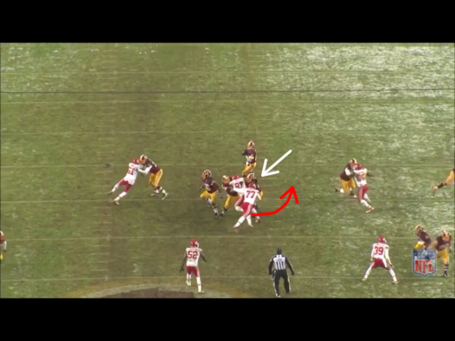 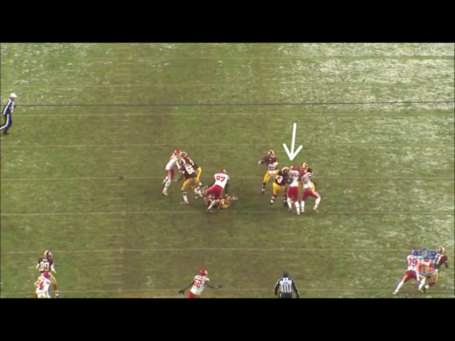 Gettis is a little late picking up the stunt though. 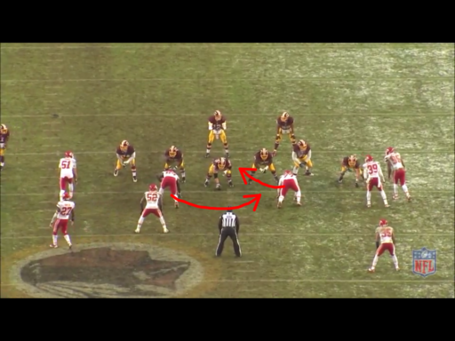 This one doesn't look like a planned stunt, but the D-lineman still end up crossing. 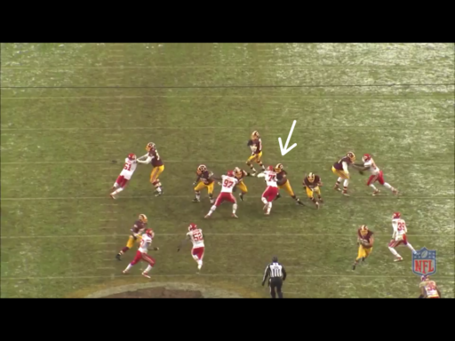 Gettis does a good job again washing down the pass rusher. 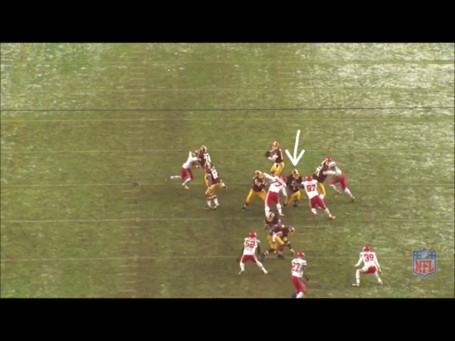 This time, Gettis picks up the crossing D-lineman much better. 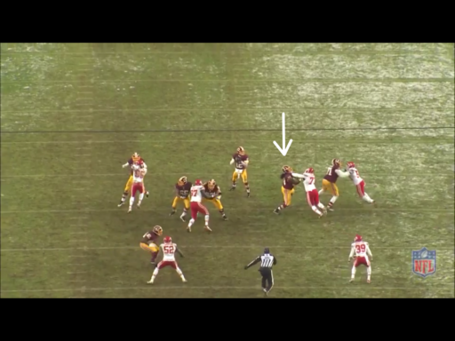 Here's a good job of Gettis anchoring while getting hands to the face. This helps provide Cousins with a good pocket. 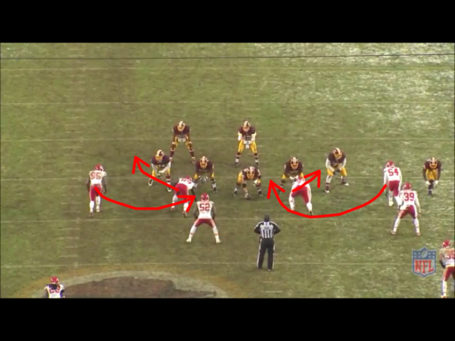 Here is a double stunt by the Chiefs. 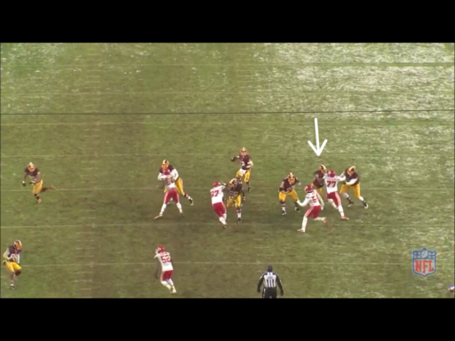 It's not hard to block someone when it's a 2-on-1 and your partner is Trent Williams.

After finishing the tape, even in limited action, I can say that there is NO reason why Adam Gettis shouldn't be getting playing time. Maybe not starting, but it certainly wouldn't be a downgrade to put him in if one of our interior O-lineman are struggling during a game.