Fullback Darrel Young made a precision cut on his 62-yard touchdown catch that gave him this week's Gillette precision play of the week.

The Redskins loss to the Eagles last Sunday was another in a long line of disappointing defeats this season. But there was a couple of good highlight plays. The best play for me was Darrel Young's 62-yard touchdown reception, which makes it this week's Gillette precision play of the week.

Darrel Young started in the backfield with Robert Griffin III. 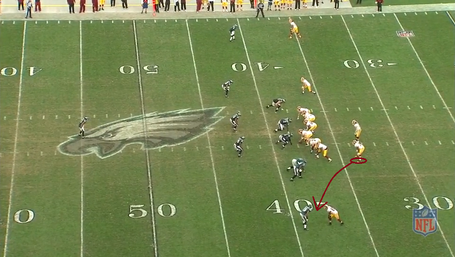 Young ran a quick out route as a checkdown target should nobody else be open. 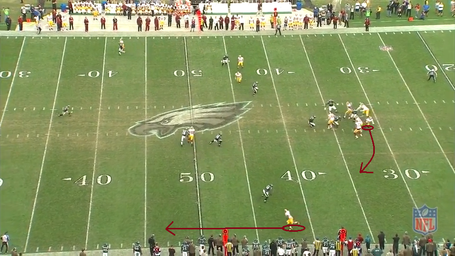 But as Griffin progressed through his reads, he found nobody open. As his internal clock began to sound, Griffin broke the pocket and scrambled to his left. Young did a great job realizing that Griffin needed a target, so took off down the sideline. 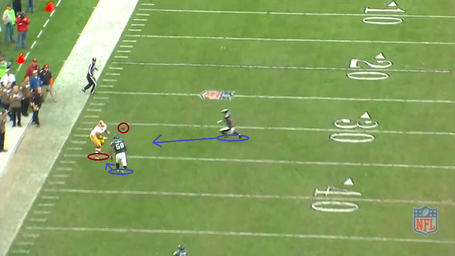 The ball is thrown perfectly over the shoulder of one defender, but not too far in front of Young that he is led into the in coming safety. 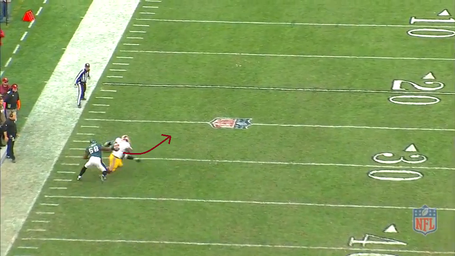 Young makes a precision cut to elude both Eagles defenders attempting to tackle him. 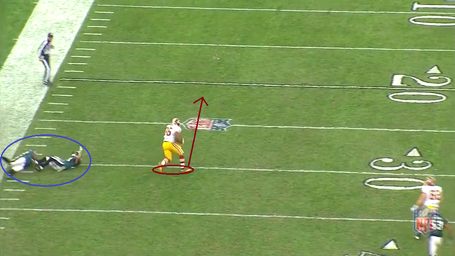 That cut leaves both defenders lying on the floor as Young has open field to run into. He takes it the rest of the way for a 62-yard touchdown that brought the Redskins back into the game with some momentum.

That was my precision play of the week, let me know which play you would have chosen in the comments below.