It seemed only fair, after watching my Redskins lose on Thursday night to a pitiful team, that I would round out my weekend of NFL viewing by finally beating the contestants in the weekly Hump Day Pick'em. Alas, as I have for the last two weeks, I finished with a record of 6 wins and 7 losses. Only this time, I threw in a tie to make things interesting. That gave me another weekly total of 6 points. Would it be enough to beat the voracious contestants? Here were the Week 10 results:

Congrats to HogHunter, SkinsNJ, and YA BOUGHT IT!!! All three finished in a tie with a grand total of 7 points. As is the standard practice in such events, we brought out one of our lovely Hump Day Pick'em staff members to draw the winner of the fabulous prize. Without further ado, the winner of the drawing was: 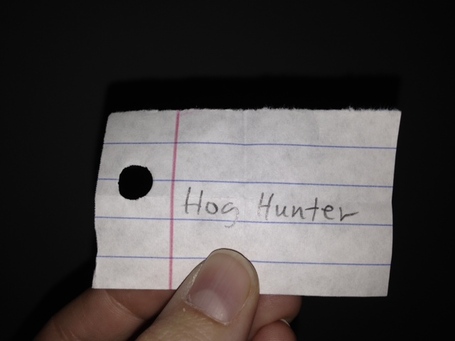 Double congrats to HogHunter!!!!! Please email me your address and I will get your prize right out to you.

Last week's insipid record of 6-7-1 pushed my over season record to 61-83-4. With unbridled and inexplicable optimism, we head on to Week 11.

Atlanta Falcons (-1) at Tampa Bay Buccaneers: Bucs coach Greg Schiano was finally able to bask in the glow of a win following last week's victory against the Dolphins. He kind of ruined the moment, however, when he was overheard telling his wife "I guess I owe you five bucks". Pick: Falcons (-1)

New York Jets (+1.5) at Buffalo Bills: The Bills will be seeking revenge following their Week 3 loss at the Meadowlands. The possibly overconfident Jets have admitted they will mostly be seeking to visit the best wings establishments while they're in town. Pick: Bills (-1.5)

Detroit Lions (-2.5) at Pittsburgh Steelers: Steelers quarterback Ben Roethlisberger called reports of him wanting to be traded in the offseason "B.S" and said he would rather retire than be traded. That seemed to put the rumors to rest until Daphne Rose Kingma's best selling self-help book "Coming Apart" was spotted in his locker. Then, that was compounded later when he was seen driving off from the team parking lot with Fifth Harmony's hit single "Miss Movin' On" blasting from his car. Pick: Steelers (+2.5)

Washington Redskins (+3.5) at Philadelphia Eagles: For all of you who are down on the Redskins, this is exactly the same spot they were in last year and they won the division. Mike Shanahan has already begun installing his "Win 7 in a Row Again" strategy and by all accounts, the players are buying in. No worries on this end, compadre. Pick: Redskins (+3.5)

San Diego Chargers (-1.5) at Miami Dolphins: Just as I mysteriously doom any player who is on my fantasy roster, I have also doomed my choice of Team of Destiny. That is why, henceforth, the Dallas Cowboys are my new Team of Destiny. The Dolphins are now off the hook and a winning streak is sure to follow. Pick: Dolphins (+1.5)

Cleveland Browns (+6) at Cincinnati Bengals: Browns quarterback Jason Campbell managed to offend the entire city of Cincinnati on Tuesday when he stated that eating chili with spaghetti noodles is "un-American". Pick: Browns (+6)

Arizona Cardinals (-6.5) at Jacksonville Jaguars: If this was a "sweetest helmet" contest, the line would be very different. Pick: Jaguars (+6.5)

Minnesota Vikings (+13.5) at Seattle Seahawks: The Seahawks are going to have to pipe in extra fake crowd noise this week if they hope to stop this vaunted Vikings' offense. Pick: Seahawks (-13.5)

San Francisco 49ers (+3) at New Orleans Saints: After losing to the Panthers at home in Week 10, the 49ers task does not get any easier as they head to New Orleans to play the Saints. San Francisco quarterback Colin Kaepernick has been criticized recently for his season completion percentage sitting at only 56.4%. He defended it by pointing out that he was on target almost more than half the time. Pick: Saints (-3)

Kansas City Chiefs (+8.5) at Denver Broncos: For only the second time this season, the undefeated Chiefs are underdogs. In order to prepare for their matchup against Peyton Manning, Kansas City's entire team spent the week in precursory grief management counseling. Pick: Broncos (-8.5)

New England Patriots (+2.5) at Carolina Panthers: When asked to compare himself to Patriots quarterback Tom Brady, Cam Newton said he has a lot of the same attributes as the New England signal caller, but will never be on Brady's level until he's gotten the same amount of modeling gigs. Pick: Patriots (+2.5)

So there are my Week 11 picks. The winner this week will have this fabulous prize to look forward to: 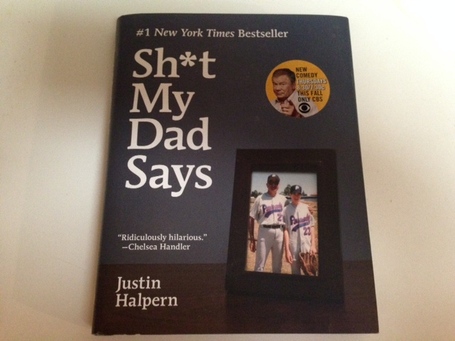