Breaking down the critical mistake made by the Redskins defense on Adrian Peterson's 18 yard touchdown run.

Jim Haslett and his Washington Redskins defense clearly set out to stop Adrian Peterson and the Vikings running game. They were happy to challenge Christian Ponder to beat them in the air in order to stop the Vikings all-star running back. Early on, Washington managed to limit Peterson to small gains, but Peterson is too good to keep quiet. One mistake and he can take it to the house.

That's what we saw on Peterson's 18-yard touchdown run. 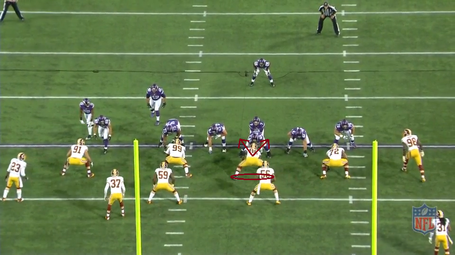 Nose tackle Barry Cofield lines up over the center. As the nose tackle in a 3-4 defense, Cofield is responsible for both A gaps either side of the center. On any given run play, Cofield has to control the center and react to the direction of the run, closing the hole for the running back. 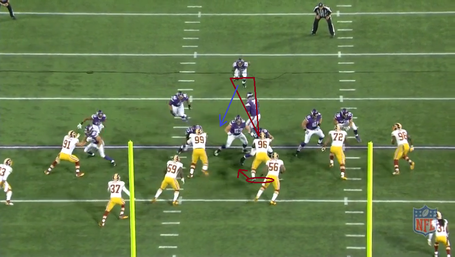 Off the snap, Cofield engages the center and fights for position. But he has eyes on Peterson in the backfield. Cofield notices that Peterson is running to the right side of the line, so Cofield moves to take the A gap between the center and right guard. 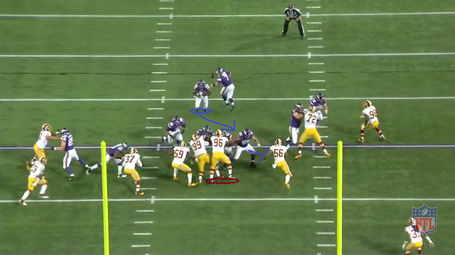 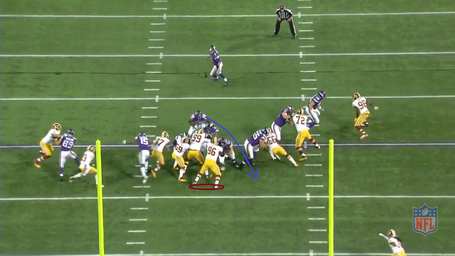 As Peterson approaches the line of scrimmage, Cofield begins to get driven back by the right guard. Combine that with the block from the center on Riley, and Peterson has a clear A gap to run through. 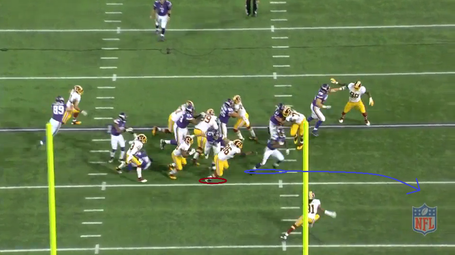 Peterson bursts untouched through the hole and into the secondary. From there, Peterson bounced the run outside and was much too good for anyone to catch.

I'm a big fan of Cofield and I believe he has developed into one of the better nose tackles in the NFL. But that's what happens when you make a mistake against one of the best players in the league. Cofield should have been covering that A gap, but one mistake and Peterson scores.