Breaking Down Brandon Meriweather's Interception vs The Vikings

We look back at the All-22 coaches film to break down the interception made by Brandon Meriweather in the Redskins loss to the Vikings.

Share All sharing options for: Breaking Down Brandon Meriweather's Interception vs The Vikings

The Redskins 34-27 defeat to the Vikings was tough to take and disappointed everyone. But that's not to say there weren't any positives to take out of the game. One of the plays I thought the Washington defense executed well was the interception by Brandon Meriweather.

One of the things that stood out about this play was that the Redskins were in their "Dime" package. That package involves six defensive backs on the field, as opposed to five in "Nickel" packages and just four in "Base" looks. Typically, this would mean that Washington drops a defensive lineman and one of their middle linebackers for extra defensive backs. Normally London Fletcher would stay on the field throughout all packages to get everyone set and call out any potential audibles. But on this play, Fletcher was taken off the field while Perry Riley was left on as the middle linebacker. And it was thanks to Riley that this play was made. 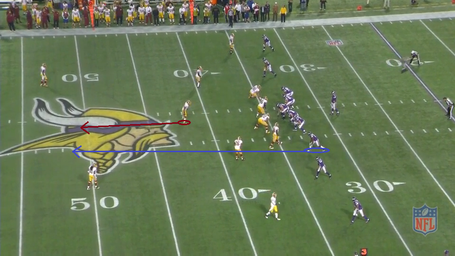 Washington ran a Tampa 2 coverage, which requires the middle linebacker to drop deep down the middle of the field and split the two deep safeties, allowing them to push wider towards the sideline. Minnesota opted to run this play out of an empty set, with nobody joining quarterback Christian Ponder in the backfield. The Vikings had a receiver running right down the middle field. 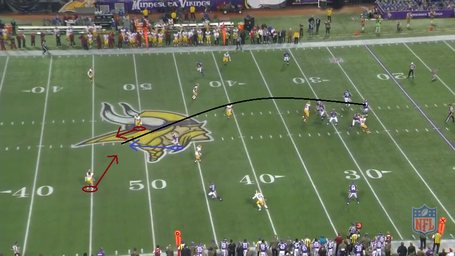 Ponder thought he had a receiver matched up on a linebacker, which is normally a win for the offense. But Riley did a great job staying on top of the route and not allowing the receiver to get past him. Brandon Meriweather read the play the whole way. playing in a deep zone, Meriweather was able to keep an eye on Ponder the entire play. 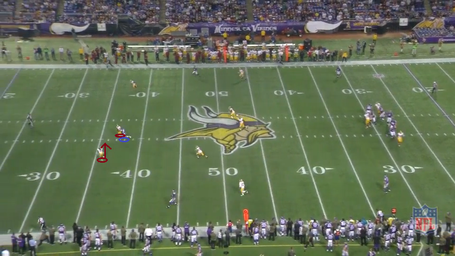 Ponder pulled the trigger, trusting that his receiver would beat Riley deep. But Riley kept on top of the route and allowed Meriweather to come in and play the ball, rather than worrying about securing the route. 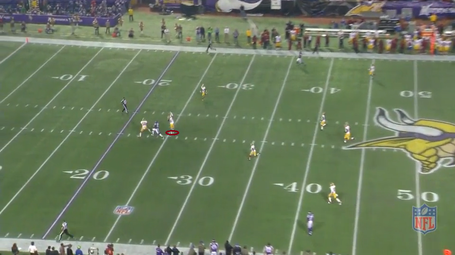 Meriweather did a great job undercutting the route and high-pointing the ball in the air for the interception. Ultimately it was a poor decision and throw from Ponder, but Riley was excellent on the play.

I'm not sure Fletcher would have been able to stay on top of that route and allow Meriweather to focus on the ball. A few years ago, there's no way Fletcher is taken off the field on third down. But Fletcher is clearly struggling to maintain his excellent standards from years gone by. Nick Barnett has been substituting in for Fletcher to spell him some plays, and the Redskins appear to be willing to hand Riley more responsibility. Plays like this from Riley are very encouraging signs for his role in this defense going forward.