Redskins rookie safety Bacarri Rambo has had an up and down start to his NFL career, but after a good performance against the Denver Broncos on Sunday, he might have just earned himself some more playing time.

The Washington Redskins entered the season with sixth round rookie safety Bacarri Rambo as the starter at free safety. He showed a few promising plays, but struggled with inconsistencies, particularly in his tackling form. He improved with his tackling in preseason, but still wasn't consistent enough to be relied upon. Rambo was dropped to the bench and then further relegated to inactive duties due to not playing on special teams.

But this past Sunday, Washington's hand was forced. With starters Brandon Meriweather (suspension) and Reed Doughty (concussion) out, the Redskins were forced to activate Rambo. Jose Gumbs started alongside makeshift safety E.J. Biggers, but was soon replaced by Rambo after a couple of mistakes on Denver's opening two drives. Rambo came in with a point to prove. On his fourth snap, Rambo set about making an impact on the game. 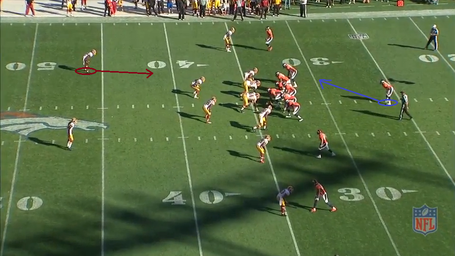 Rambo lines up in a two deep safety look, but the Broncos are running the ball to his side. 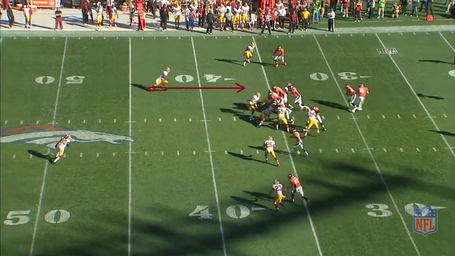 Rambo reads his keys and quickly identifies the run. He's already in full stride by the time the ball is handed off. 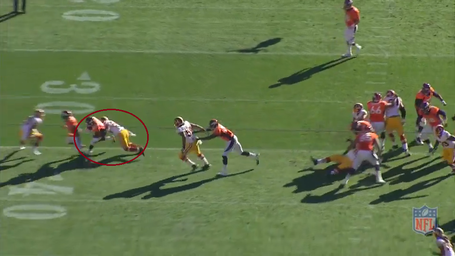 He charges down and attacks the hip of the runner, wrapping him up in the process. This is much better tackling form from Rambo, who manages to bring down the runner for a minimal gain. Had he missed that tackle, it could have been a huge gain for Denver as most of the defense had been caught up inside.

Rambo went on to save two touchdowns. The first came on a bubble screen to the opposite side of the field. 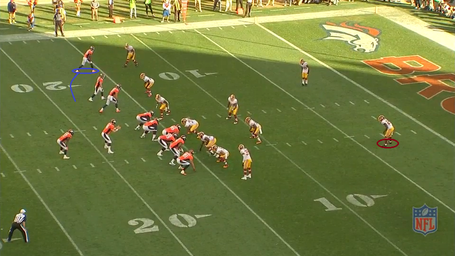 Denver line up with three receivers to the left of the formation. Rambo is showing a two deep look and lined up to the opposite side of the receivers. 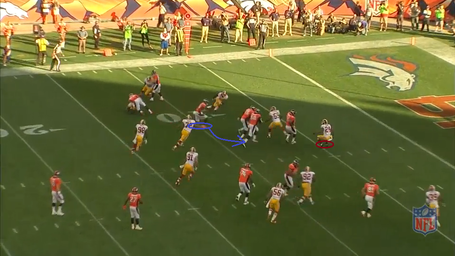 Rambo hustles over to the other side of the field. 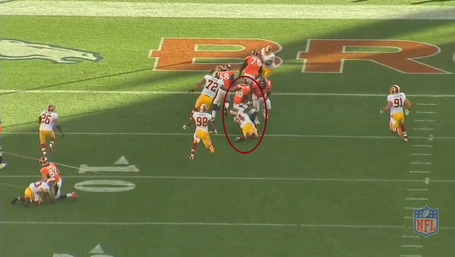 Rambo makes another good tackle, wrapping up the runner and stopping him from getting into the end zone. 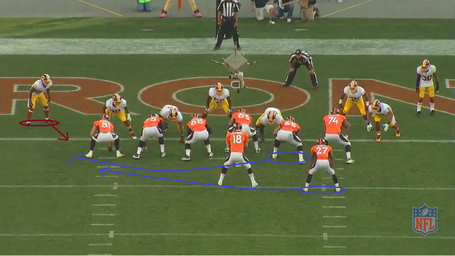 Denver run power right at Rambo. The right guard is going to pull around and try to kick out Rambo, clearing a lane for the running back. 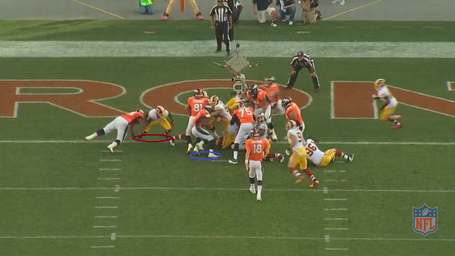 Rambo manages to elude the block and stay on his feet. Nick Barnett makes initial contact on the back, but can't quite finish the play. 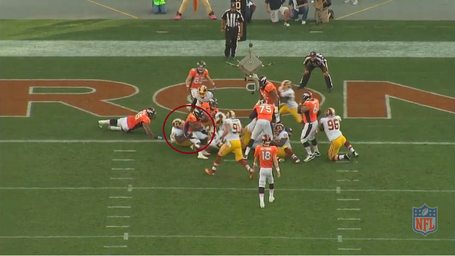 Rambo jumps in and helps finish the play. But notice again how he focuses on wrapping up instead of going for the big hit. This is much better form and discipline from Rambo than we saw in his first few weeks.

I did notice one mistake from Rambo in coverage. Overall, he was solid and didn't give up much. But one play in the second half he made a mistake. 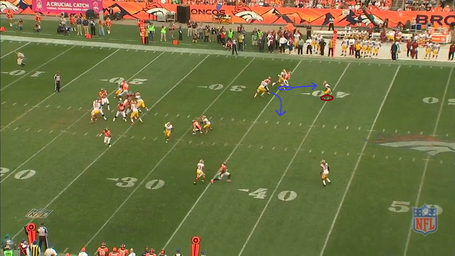 Rambo looks to be in a two deep safety look, responsible for his deep half of the field. He has two receivers running at him, one breaks inside while the other continues deep. 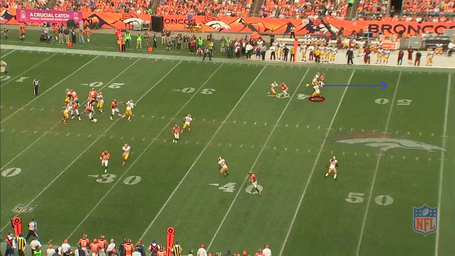 Rambo breaks one of the most important rules of playing safety, stay deeper than the deepest receiver. He's caught flat-footed and is late to flip his hips and stay on top of the route. Luckily for Rambo, David Amerson was running step for step with the receiver, and Manning overthrew the ball anyway. Rambo got away with this one, but can't allow this mistake to happen often.

But he redeemed himself later on. 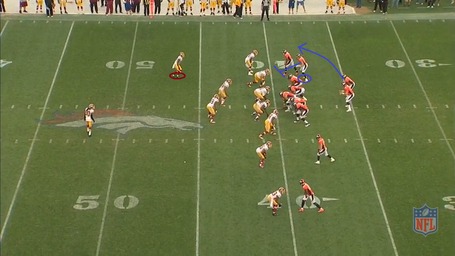 Rambo shadowed the tight end, who motioned back inside after initially lining up out wide. He's going to downblock on Ryan Kerrigan inside on a toss run play. 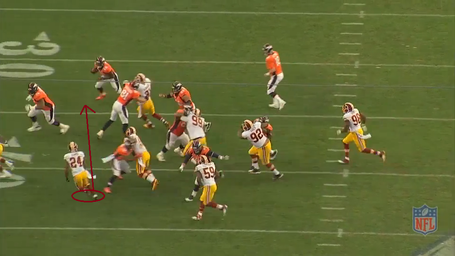 Rambo read his keys correctly and charged down to support the run defense. 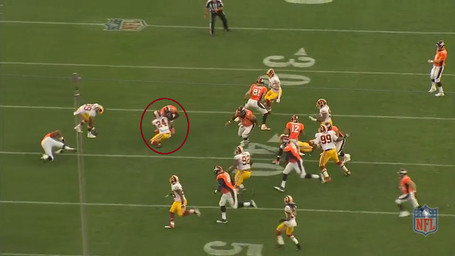 Rambo gets himself low, but keeps his head up to see what he's hitting. He stonewalls the runner, stopping him in his tracks. 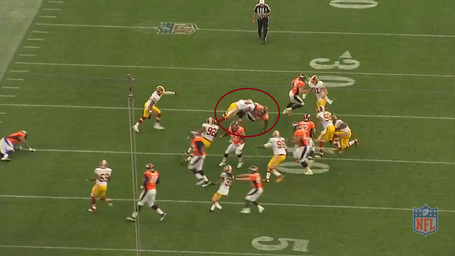 Rambo then uses his momentum to drive the runner back and tackle him for a loss. Another very positive play for Rambo.

In my opinion, this was Rambo's best game as a Redskin. I believe his performance earned himself more snaps going forward, but he will need to continue to improve if he wants to keep those snaps.