Packaged plays are relatively new to the NFL, but more and more teams have begun to use them. Washington's opponents have used these plays to attack linebacker London Fletcher this season.

Packaged plays are the latest concept to follow the read-option from the college game into the NFL. At its core, a packaged play is two separate plays, one a pass, the other a run, bundled into one play. The offensive line will act as if the play is running play and definitely getting handed off. But the quarterback will read a predetermined defender to see his response to the play. If the defender happens to crash on the run, then the quarterback will pull the ball and throw it to a receiver in the vacated area.

Washington were one of the few teams to use this concept consistently last year. The success they had, along with the likes of Chip Kelly getting an NFL coaching job, saw more packaged plays pop up around the league. Kelly didn't wait long to unleash his first packaged play. He called one on the second play of the Monday night opener against Washington. 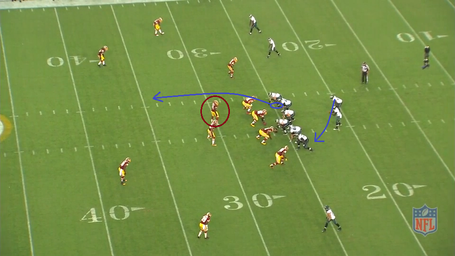 On this play, the Eagles will have their tight end run right up the seam. Michael Vick will read Fletcher and decide to either hand off or throw the pass based on Fletcher's reaction. 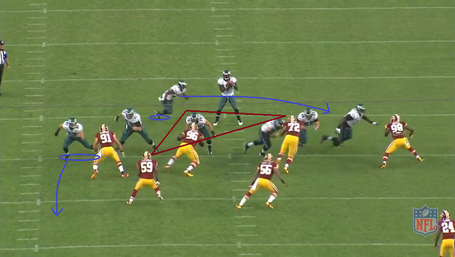 These plays are tough on linebackers. Fletcher reads his keys, which are the the interior offensive line. The lineman are blocking as if the play is a run, which Fletcher reads correctly. He comes down to help support the run defense. But the tight end on the back side of the play chargers up the field behind Fletcher. 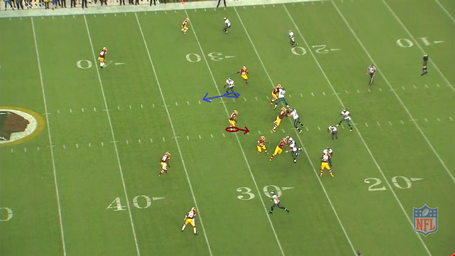 As Fletcher comes down, Vick pulls the ball and hits the open tight end up the seam. Philadelphia pick up 28 yards on this play. This play looks bad on Fletcher, but he read his keys correctly. The fact that the run is a legitimate possibility on these plays puts the linebackers in a very difficult spot. He can't be correct, whatever he does.

Just about every team Washington has come across so far has used some form of packaged play. That includes their latest opponent, the Chicago Bears. Josh McCown entered the game for Chicago after Jay Cutlers' injury. Chicago defaulted to a couple of simple packaged plays to give him some easy reads and get him into rhythm. 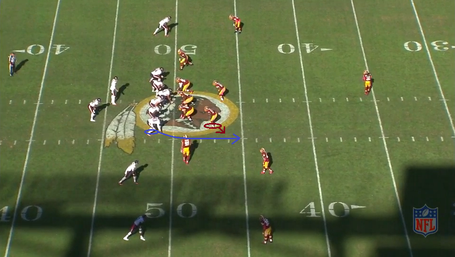 It's the same play as the one we saw against Philadelphia. This time Fletcher lines up closer to the tight end. 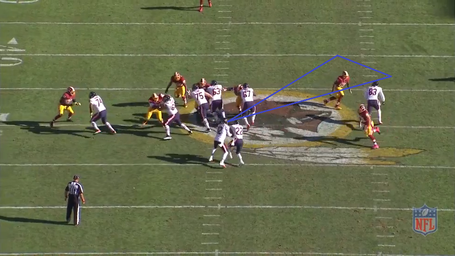 Fletcher drops into coverage against the tight end, which tells McCown to hand the ball off to his running back, Matt Forte. 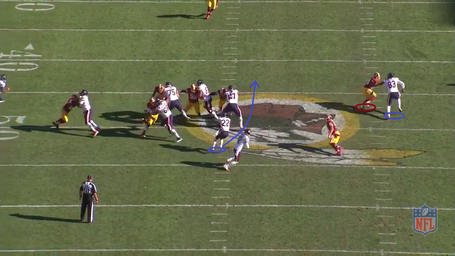 With Fletcher trailing the tight end, Forte has a big lane to run into. He cuts the ball back immediately into the area vacated by Fletcher and, after a couple of nice cuts, takes the ball 50 yards for a touchdown.

The Bears went back to this play in the red zone. 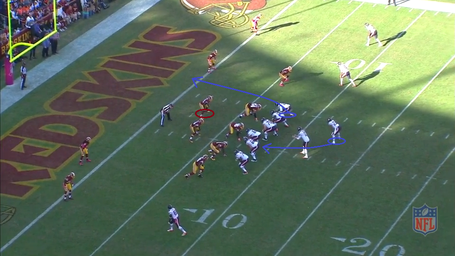 Once more, Chicago run the same play that had been so effective for them. 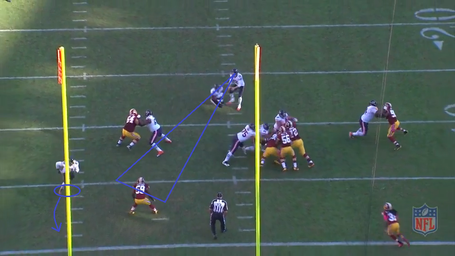 Fletcher does his best to make it a difficult read for McCown, but makes a subtle move towards the run. 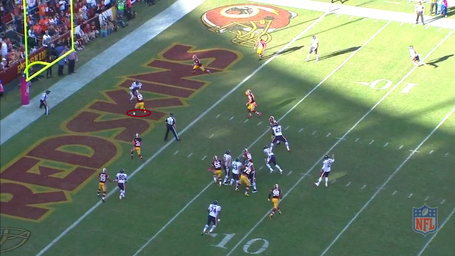 Fletcher can't get back in time as McCown finds the tight end in the end zone for a touchdown.

It will be interesting going forward to see how many teams continue to use these packaged plays against Washington. It's a tough play to defend, and might require a safety to come down and cover the tight end to allow Fletcher to fulfill his assignment against the run. But with the state of the secondary right now, Jim Haslett and London Fletcher might have to wind another way to defend these plays.