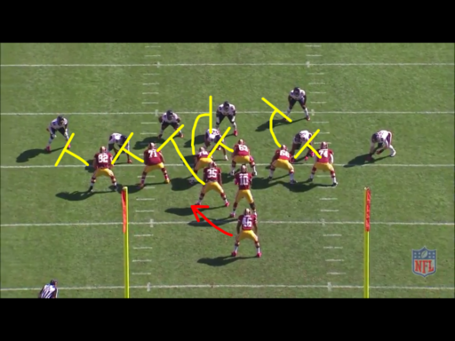 Here we have a Zone Left in a Pistol formation with 21 personnel (2 RBs, 1 TE) 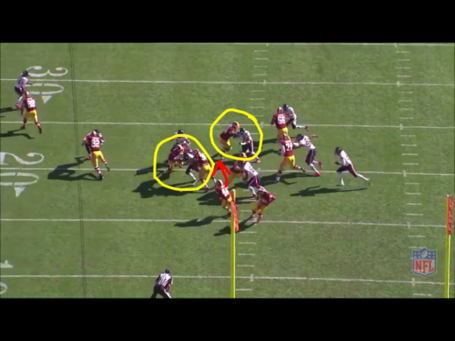 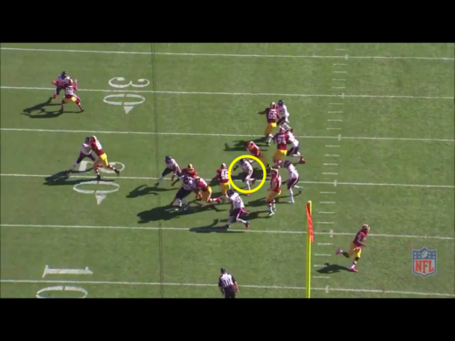 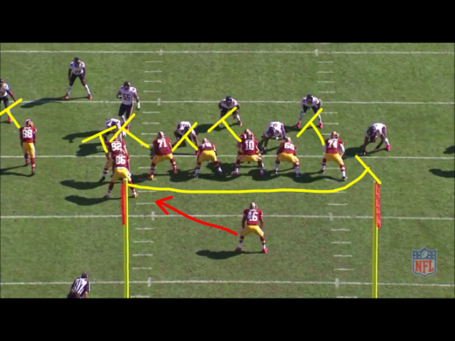 Here's a Zone Left with 12 personnel (1 RB, 2 TEs). J.Reed will come across formation to cut off backside pursuit. 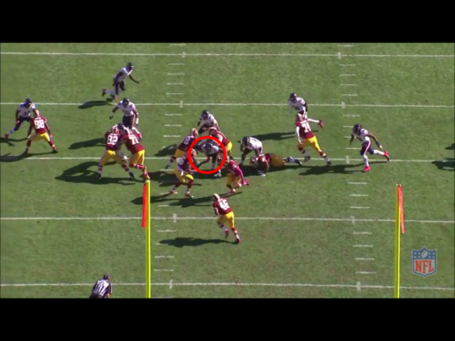 Quick penetration in A-gap disrupts flow. Kory and Will Montgomery both block him but Kory is late to scrape and block LB. 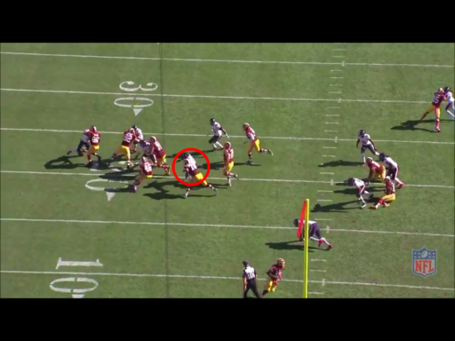 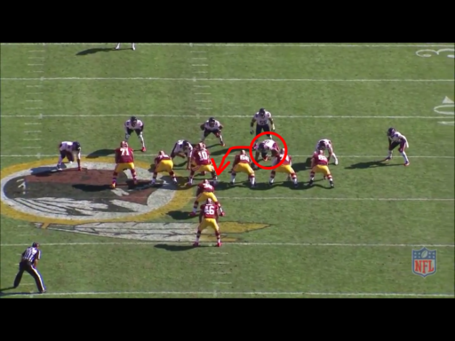 Side note: It was apparent by here that the Bears were mixing up gap assignments. They would line up their strong-side DT in the B-gap and make him jump into A-gap which messes up the flow/blocking assignments. 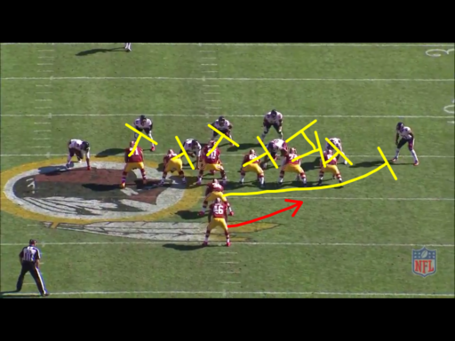 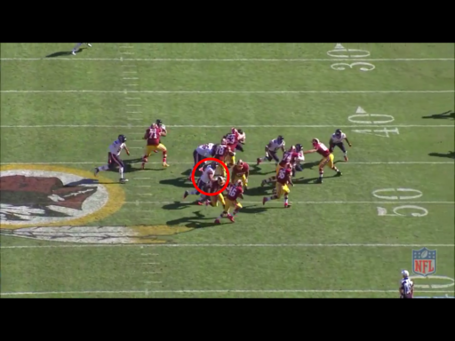 That strong-side DT gets through, almost has hand on RG3 during handoff. 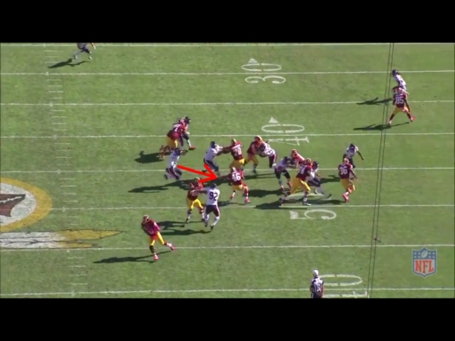 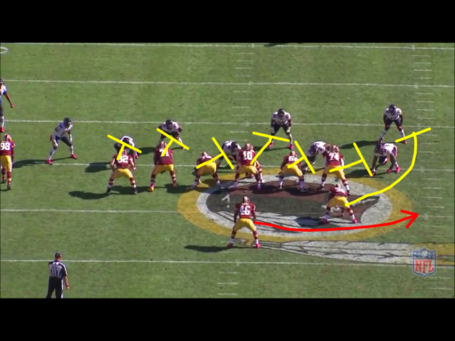 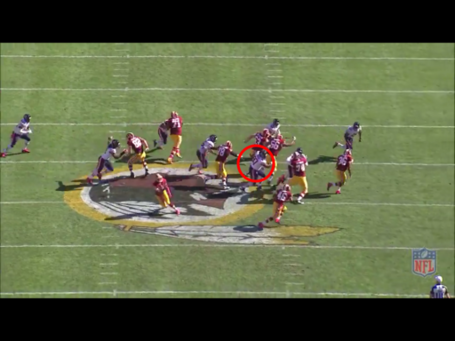 Bears guess correctly though. DT lined up in B-gap jumps into A-gap. Monty and Chester get a piece of him. Monty releases to 2nd level. 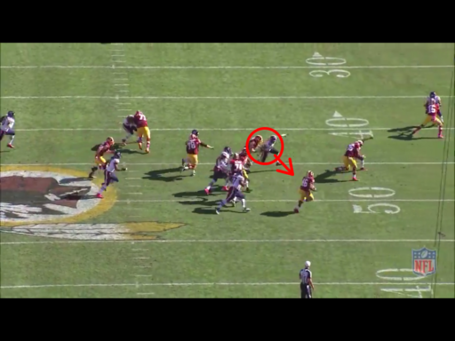 Monty can't get to Briggs who strings the play to the sideline and makes the tackle. END RESULT: Morris - Gain of 4 yards. 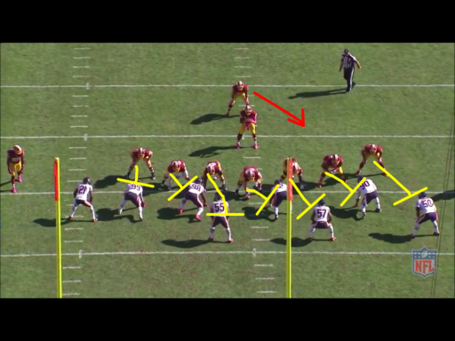 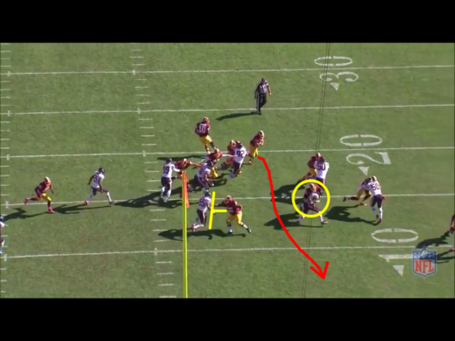 Monty gives up quick penetration but Kory and Chris Chester seal LBs so there is no one to fill the gap. END RESULT: Helu - 14 yard Touchdown 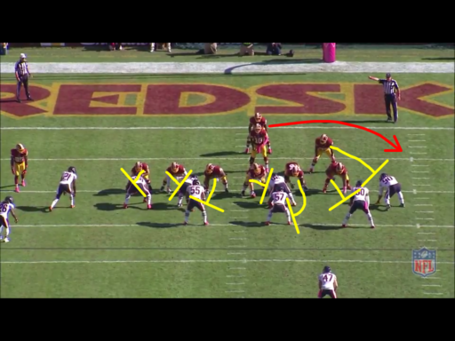 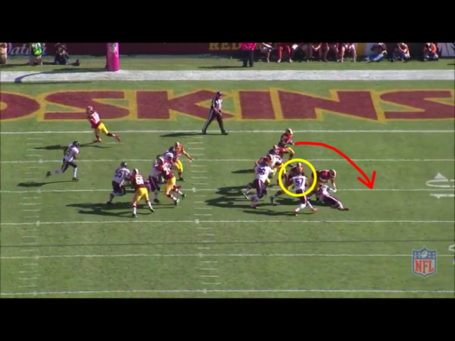 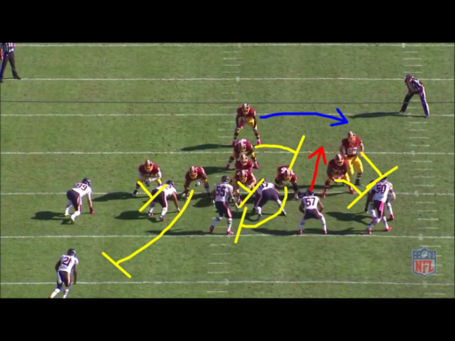 Here's a Zone Left from I formation. Bears LBs all shift to strong-side mixing up blocking assignments. Jon Bostic is going to shoot the B-gap here. 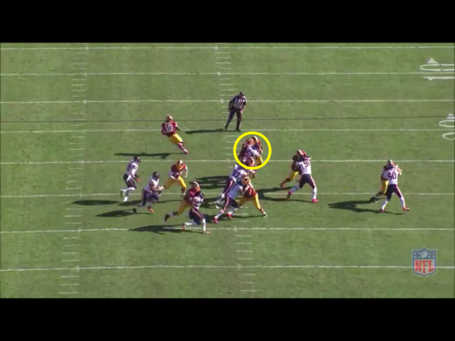 Bostic meets Young in the backfield who bumps into Morris and ruins play before it even had a chance. END RESULT: Morris - Loss of 2 yards. 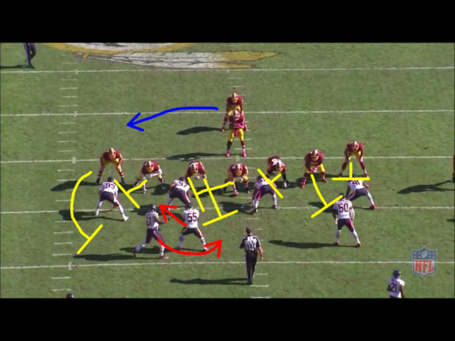 Here's a Zone Right from Pistol formation. 12 Personnel. Redskins make an adjustment here. Monty is going to take the strong-side DT that keeps jumping into A-gap. Chester will release to 2nd level. HIs responsibility is the MLB but as you can see, Briggs and Bostic switch right at the snap. 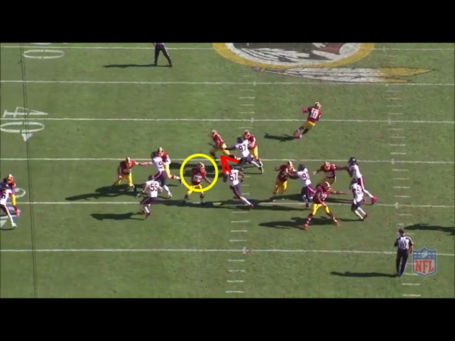 Chris Chester starts chasing down Briggs who WAS the MLB but is now the OLB. Chester then sees Bostic and realizes THAT is his man. He's too late. Bostic makes the tackle. END RESULT: Helu - No gain.

That's all for the Redskins Stretch Series (Part 1). Share your thoughts on what you think of the way the Bears attacked our scheme. What adjustments should be made? Who needs to play better? Stand-by for Part 2, which is being released later.