Congrats to SkinsNJ!!!  Please email me your address and I will get your fabulous prize right out to you!!

My total record, after last week's excruciatingly ugly effort, has regressed to 35-55-3.  Sadly, the Hump Day Pick'em staff has all been placed on furlough until we can at least break .500 in our weekly predictions.  Fortunately for them, it is paid furlough and I plan on making a serious comeback this week so they will not be out long.  Now, on to Week 7.

Seattle Seahawks (-6.5) at Arizona Cardinals: The Cardinals have not lost at home yet all year.  The Seahawks are the Seahawks.  It looks like I'll be flipping back and forth between this and Halloween Wars reruns on the Food Network Thursday night.  Pick: Seahawks (-6.5)

New England Patriots (-4) at New York Jets: Tom Brady and the Patriots will be looking to sweep the season series against the Jets for the third straight year.  When Jets quarterback Geno Smith was asked what he thought about the rivalry, he responded "When in Rome..."  When he was pressed to expound on that response, he finally admitted he did not know what the saying meant.  Pick: Patriots (-4)

Houston Texans (+6.5) at Kansas City Chiefs: Free agent quarterback Vince Young sent out a tweet this week saying the Texans should contact him as he is available and ready to come in and play.   Texans' coaches are debating if they should call him right away or wait the standard three days so they don't look too desperate.  Pick: Chiefs (-6.5)

Cincinnati Bengals (+3) at Detroit Lions: As is standard for me with my picks, in this game featuring A.J. Green vs. Megatron, I will go with the guy who has the coolest nickname.  Pick:  Lions (-3)

Buffalo Bills (+7.5) at Miami Dolphins: Lauren Tannehill and my team of destiny are unstoppable at home after the bye.  I have no numbers to back this up, but I also have no doubts.  Pick: Dolphins (-7.5)

Chicago Bears (+1) at Washington Redskins: These are getting harder and harder.  I wish I had as much confidence in my Redskins as I do in my team of destiny.  Pick: Redskins (-1)

Dallas Cowboys (+3) at Philadelphia Eagles: The Cowboys will be without DeMarcus Ware and Demarco Murray.  The Eagles will be without Michael Vick.  In other news, I really hate both of these teams and wish famine and pestilence on both of their houses.  Pick: Eagles (-3)

St. Louis Rams (+6) at Carolina Panthers: The Rams are flying high after last week's big victory over the Texans.  Of course, so were the animals the French catapulted at King Arthur in "Monty Python and the Holy Grail" and we all know how that ended up.  Pick: Panthers (-6)

Tampa Bay Buccaneers (+7.5) at Atlanta Falcons: The Falcons' biggest goal heading into this matchup is to get through the entire game while avoiding any actual physical contact with any of the Buc's players.  Pick: Falcons (-7.5)

San Francisco 49ers (-4) at Tennessee Titans: The 49ers have created eight turnovers in the last two weeks, and head coach Jim Harbaugh described his teams recent success by comparing it to opening up a jar of olives.  He stated you just need to get the first olive out, and then they all start flying out.  Most of the media rolled their eyes at the comparison, however, as Harbaugh has a tendency to compare everything to olives.  Pick: 49ers (-4)

Cleveland Browns (+10.5) at Green Bay Packers: Due to recent injuries to Randall Cobb and others, the Packers are very thin at wide receiver heading into this game.  Current Browns wide receiver Josh Gordon disappointed some of his teammates on Tuesday when he kept telling everyone he saw that he could just stay in Green Bay following the game and that he is "only on a month-to-month lease with his Cleveland apartment anyway."  Pick: Packers (-10.5)

Baltimore Ravens (+1.5) at Pittsburgh Steelers: The Steelers finally got their first victory last week.  When asked how that might affect Pittsburgh's mentality coming into this game, Ravens coach John Harbaugh stated that getting that first victory was like eating your first olive out of the jar, and his team would be responsible for putting the lid back on.  Pick: Steelers (-1.5)

Denver Broncos (-6) at Indianapolis Colts: It's safe to say the most interesting tidbit  heading into this game is that linebacker Von Miller will be back with the Broncos after serving a six game suspension.  Pick: Broncos (-6) 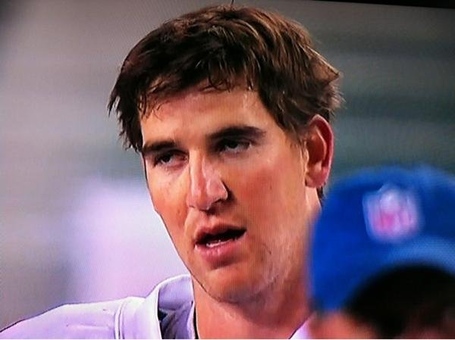 So there are my Week 7 picks.  The winner this week will have this fabulous prize to look forward to: 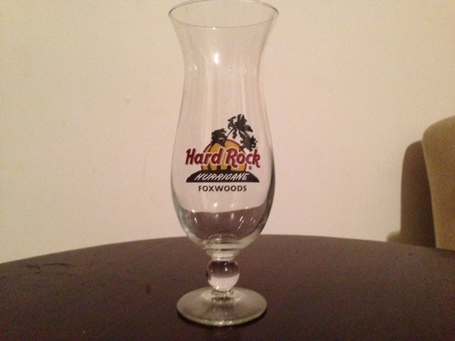