We examine the All-22 coaches film to breakdown the performance of one of the few Redskins bright spots in their loss to the Dallas Cowboys, rookie tight end Jordan Reed.

Rookie tight end Jordan Reed had somewhat of a breakout game against the Cowboys in Dallas. He saw a lot more time on the field than any of his fellow tight ends and was very hard for the Cowboys linebackers and safeties to cover. Early on he was used as a hot route over the middle on third down. 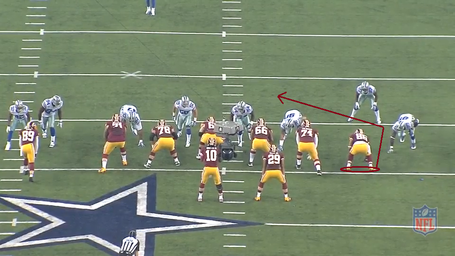 Reed lines up as an inline tight end and is running a quick slant inside. 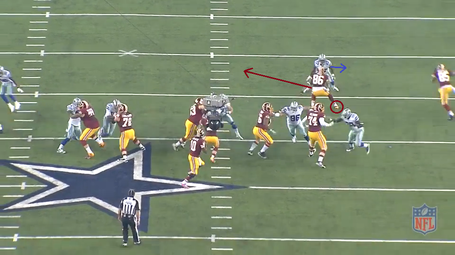 Reed faces one on one coverage, so only has to beat his man to get open. He uses a good stutter step to keep the defender on his heels before planting his foot in the ground. He drops his shoulder to the outside to get the defender motioning that way, before he cuts across the defenders face inside. 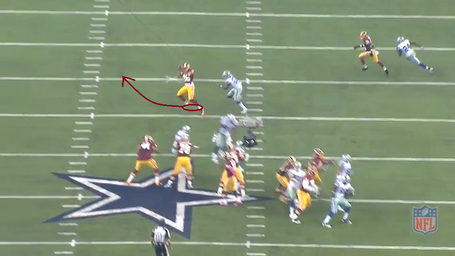 That move buys Reed a yard of space and open field ahead of him. Robert Griffin III finds Reed across the middle and puts the ball out in front of him to give him a chance to run after the catch. Reed picks up 11 yards and the first down.

Later on, Reed used a similar move on a critical third and seven late in the second quarter. 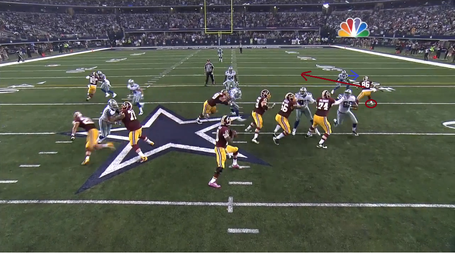 This time Reed even drops his head to the outside to help sell the fake even further. 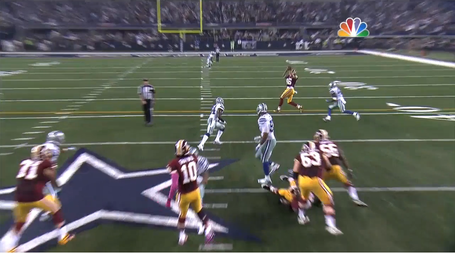 Reed cuts across the face of the defender and goes up to grab a slightly high throw from Griffin. Reed took this play 29 yards and into the red zone just before the half. It eventually lead to a field goal, but could have been more had Washington managed the clock better.

I was a big fan of the designed tight end screen that the Redskins called in the first half. Reed is a player that can make people miss in the open field, so running designed screens to him have good potential. 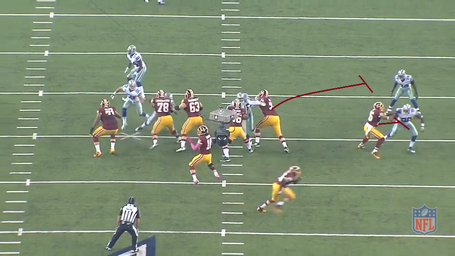 Washington disguised the screen well, keeping Reed inline to throw a dummy block. Right tackle Tyler Polumbus gets a punch on a block inside before he peels off to help block for Reed. 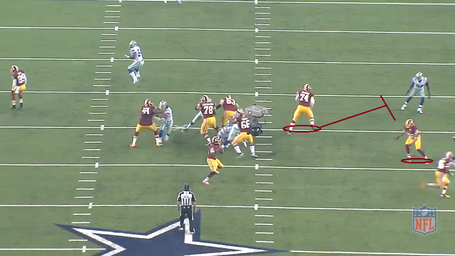 Reed peels off his block and is ready to receive the pass. Polumbus makes his way to the second level. 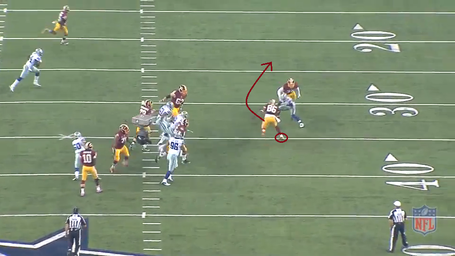 Polumbus actually misses the block, but it doesn't matter. Reed has enough elusiveness to avoid the tackle attempt and fight for the first down. He took this screen on second and 13 for 15 yards and a first down.

But this is the type of stuff we knew Jordan Reed could do since he was drafted back in April. He was known in college for being an athletic receiving tight end. What was really encouraging to see was his efforts when he was asked to run block. The big knock on Reed was his blocking ability; some questioned if he would ever manage to be even an average blocker in the NFL. But clearly Reed is putting in the work. 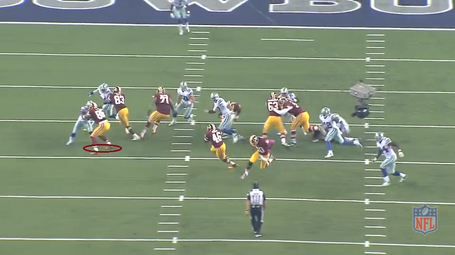 Here we see Washington running a stretch play to the left. Both Reed and Fred Davis are lined up on the left side of the line as Alfred Morris runs behind them. Reed does a good job keeping himself low and squared to the defender. That allows him to anchor on the initial push by the defender. 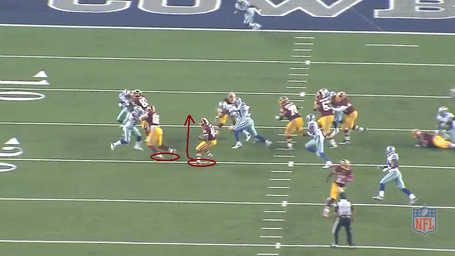 After he withstands the initial push of the defender, Reed fights back and begins to drive his defender towards the sideline, opening a rushing lane for Morris. 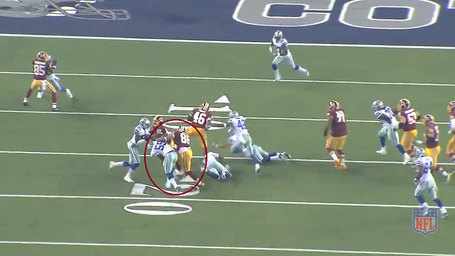 Morris cuts through the hole and runs past Reed, but Reed fights to dominate and finish the block. The desire and passion to finish his block tells me that he is more than willing to work and improve his blocking. 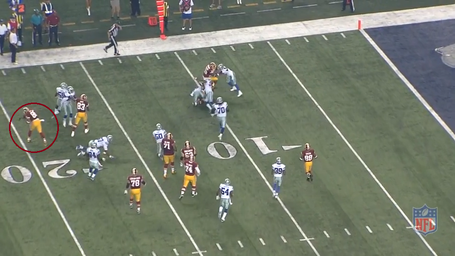 Reed then punches the air in celebration of a good block. The fact he is getting so pumped up for blocking is a very good sign for the Redskins. Reed is far from complete in this aspect of his game, but he's improving every week. If he continues to put in this amount of effort into improving, then he can prove a lot of people wrong about his blocking.