An all 22-film look at what some teams have done against TE Jason Witten this season.

Over the off-season, I posted a film breakdown of DeAngelo Hall vs. Dez Bryant (HERE) from Week 17 highlighting Hall's dominance from that game. If Hall is able to hold Bryant in check, Tony Romo is going to look to TE Jason Witten. How are we going to defend Jason Witten? As James Dorsett pointed out HERE, defending TEs has not been our strong suit. So what do we do? This is what I (STILL) would like to see: 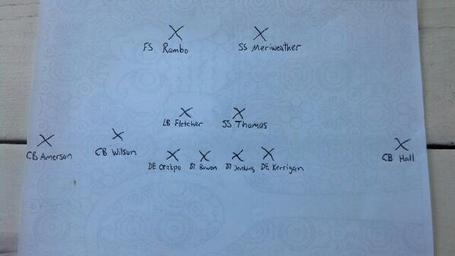 I posted this picture on twitter right after the draft. After the unfortunate loss of SS Phillip Thomas and the benching of Bacarri Rambo, the personnel is clearly going to be different but I still like this formation against better TEs in this league. It's a 4-1-6 (4 DL, 1 LB, 6 DB). It's basically Dime but instead of having 4 CBs and 2 S, you have 3 CBs and 3 S. I watched the Cowboys games against 3-4 teams this season (vs. Chiefs and vs. Chargers) and both teams ran this defensive look on 3rd down/passing situations. 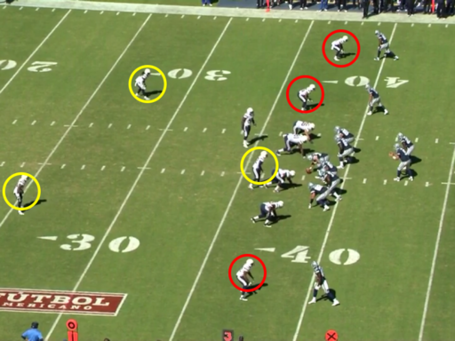 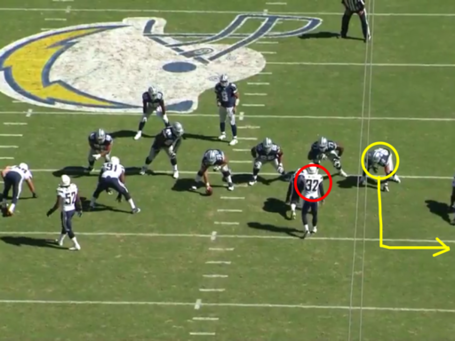 They bring down FS Eric Weddle (their best cover safety) into the box to play Jason Witten in man coverage. Whitten is running an out route trying to pick up the 1st down. 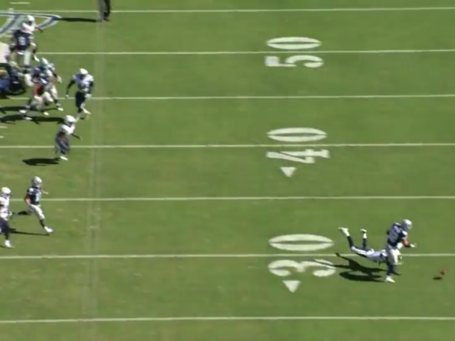 Witten can't muscle himself away on his break. Weddle's athleticism allows him to minimize separation and undercut route to knock it away. 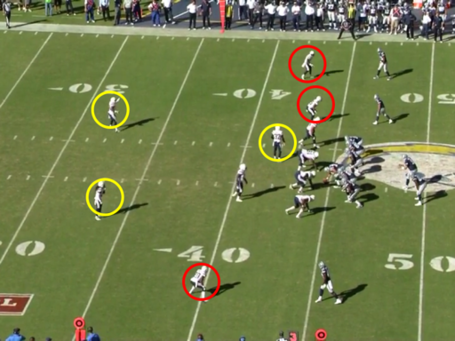 Here's another 3rd down play with the same hybrid 4-1-6 look. 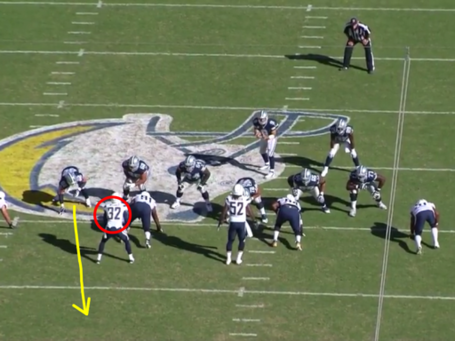 The Chargers bring down Eric Weddle into the box again to play Jason Witten in man to man coverage. This time, Witten is running a seam route. 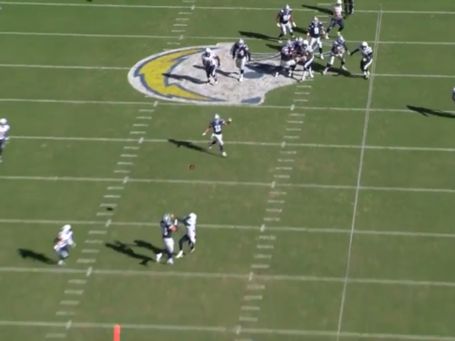 Witten isn't athletic enough to pull away from Weddle on a seam route. Weddle turns his head when Witten does and knocks the ball away. 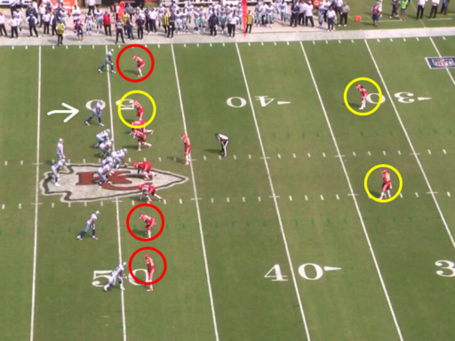 The Chiefs run the same 4-1-6 against the Cowboys. 3 CBs and 3 S. The Chiefs bring down FS Eric Berry into the box to play Jason Witten (who is flexed out into the slot) in man to man coverage. Witten is running a out route here. 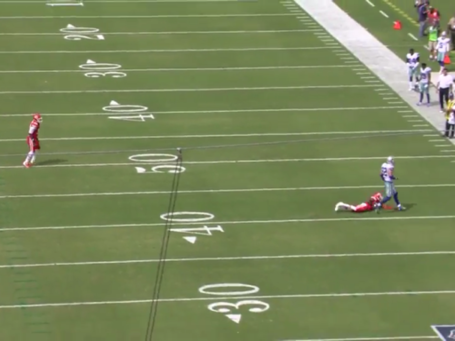 Same as Weddle, Berry doesn't let Witten muscle him away on the break of his out route. Berry undercuts the route and bats the ball away. 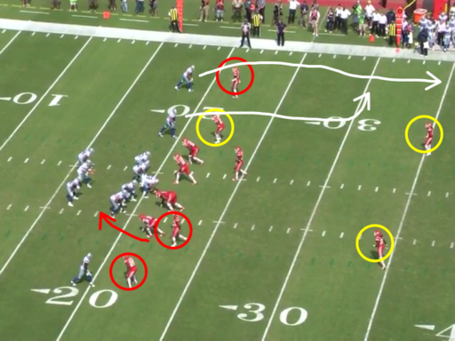 Here's the Cowboys in a 3rd and long situation. The outside WR is going to run a "clear" route (fly) and Jason Witten is going to run a deep out route from the slot. Eric Berry is matched up on him. Since the Cowboys are in max protection, the Chiefs bring their slot CB on a blitz (this would be Josh Wilson for us). 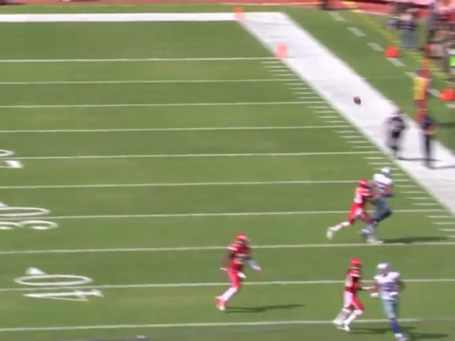 The Cowboys keep both players in the backfield and pick up the blitz pretty well but their is just nowhere to throw the ball. Romo throws to Witten on the deep out route but look how little separation Berry has given him. This ball is actually about 7 yards over Witten's head and out of bounds.

Admittedly, we don't have an Eric Weddle OR an Eric Berry. I would like to see SS Brandon Meriweather in this role though. Even though he isn't the greatest in man to man coverage, on paper, his physicality and athleticism is the closest we have to an even match-up. EJ Biggers has the speed to keep up with Witten but any type of push off (legal) is going to create too much separation. Doughty is physical but can't match Witten's athleticism. Rambo apparently isn't an option to see the field but I wouldn't put him on Witten even if he was (I would like to see him over the top though). So that would leave Meriweather on Witten with EJ Biggers and Reed Doughty over the top. Not ideal but it's a better option than having Fletcher/Riley cover him in the seam or taking Kerrigan/Orakpo out of pass rushing situations to play coverage.