David Amerson pulled in his first career interception return for a touchdown against the Oakland Raiders. We look at the All-22 coaches film to see exactly what happens.

While the Washington Redskins defense has been known to give up plenty of big plays so far this season, but they've also had a couple of big plays themselves. Rookie cornerback David Amerson made his first career interception and returned it for a touchdown against the Oakland Raiders on Sunday. Amerson undercut a crossing route by Denarius Moore and took it 45-yards to the house. But while Amerson made a great play, Oakland quarterback Matt Flynn will know the ball should have come out much sooner. 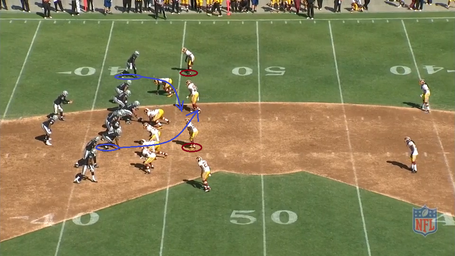 Amerson is lined up outside opposite Moore. Oakland run two underneath crossing routes that are designed to create traffic for trailing defenders. 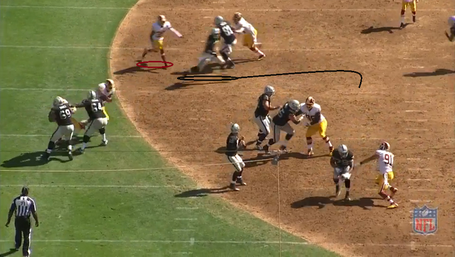 Amerson trails Moore and is forced to avoid the traffic caused by the tight end crossing. Moore has a step here, if Flynn delivers the ball right here, then there's a good chance this pass is completed. But Flynn has a tendency to pat the ball with his non-throwing hand before he begins his throwing motion, delaying his wind-up. 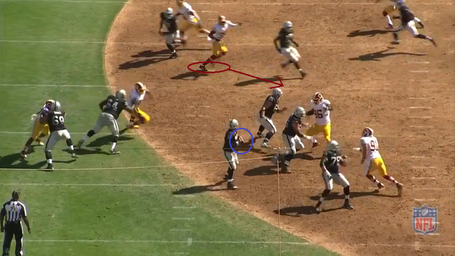 Flynn brings the ball back down to pat it with his non-throwing hand, giving Amerson a split-second to recover, which is all someone of his speed needs. 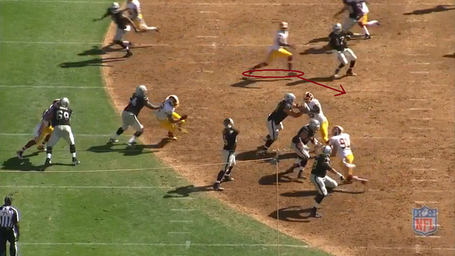 By the time Flynn is ready to release the ball, Amerson is in a great position to make a play on the ball. 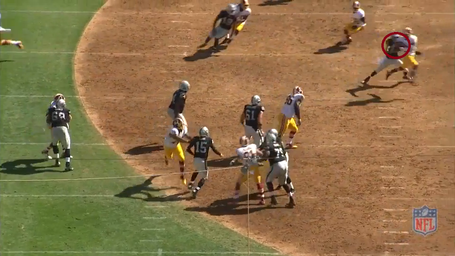 This shows just how late the throw was from Flynn. Amerson had to reach back for the ball. Once Amerson secures the catch, he's off to the races and nobody was going to catch him.

Full credit to Amerson for managing to avoid the traffic created by the crossing route and breaking on the ball. He did a great job actually catching the ball (something we've seen Redskins defensive backs fail to do on numerous occasions) and making the most of his opportunity. But this throw is definitely one that will make Flynn and his Raiders coaches cringe when they watch it back.