With the Washington Redskins getting ready to play their first home playoff game in forever against the Seattle Seahawks, I thought I'd take a look at some Seahawks film. Seahawks Head Coach Pete Carroll has effectively come out and said that he has copied some of the aspects of the Redskins option run game after seeing Robert Griffin III run it successfully. So I was intrigued to see just how similar the Seahawks run game was to that of the Redskins. They already use the zone blocking scheme that Mike Shanahan has made famous around the NFL. But what about the option game.

From what I saw, the Seahawks option game is actually quite different from the Redskins. The Redskins have mainly used the inside zone read, which requires the running back to line up slightly behind the quarterback with the run designed inside. The Redskins incorporated the Pistol formation to help disguise this with their traditional stretch run plays. The Seahawks, on the other hand, prefer the outside zone read, which they don't try to disguise at all. The formation of the outside zone read tips the play to the defense every time, but that is part of its intention. 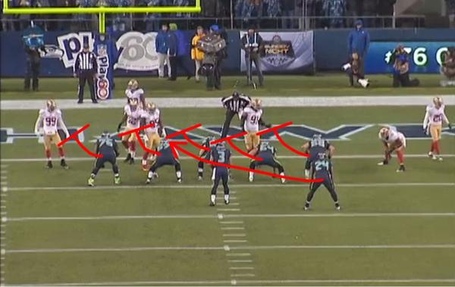 This is an outside zone read. Running back Marshawn Lynch lines up alongside quarterback Russell Wilson. But he's also about two yards away from him, lined up behind the right tackle. The play is designed for the offensive line to zone block to the left and Lynch to follow to the outside. But Lynch has the licence to cut back whenever he sees fit.

Because the play is telegraphed, the 49ers use a 'Cover 0' defense and go all out to stuff the run. 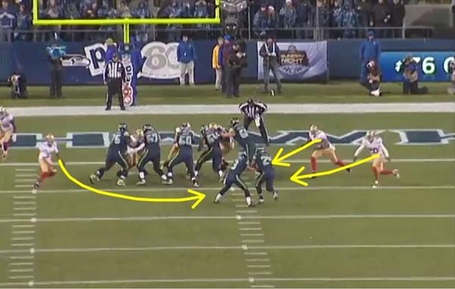 With two backside defenders, Wilson is forced to hand it off. But the 49ers also manage to get a free runner from the play side. 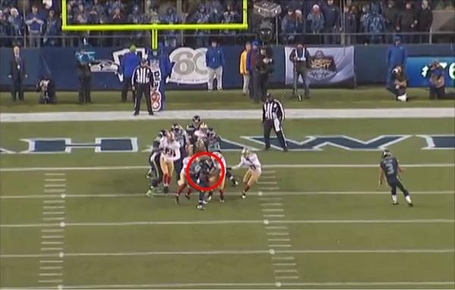 Lynch has nowhere to go and ends up losing three yards on the play. This is the downside of the outside zone read. As with any play, if the defense knows what it is, they have a good chance of making it a negative play.

However, If a defense over-commits to the run on the play side, then cut-back lanes open up all over the field. 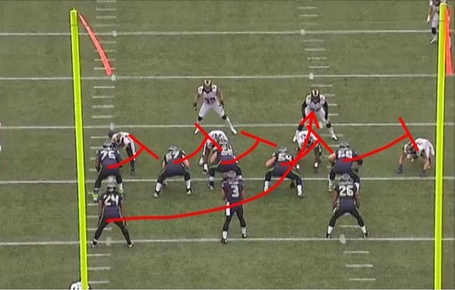 Here's another outside zone read against the Rams last week. 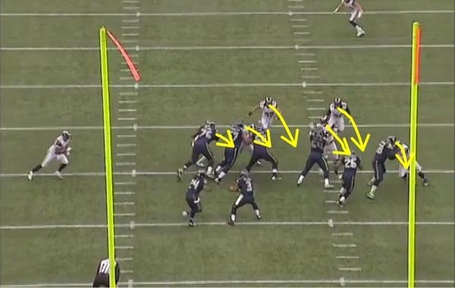 The Rams know what is coming and over-commit to the play side, leaving a huge cut-back lane behind the left tackle. 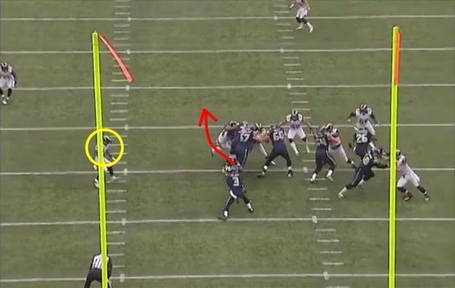 The backside defender is optioned off by Wilson and therefore frozen in place, leaving Lynch to cut-back right up the middle of the field. 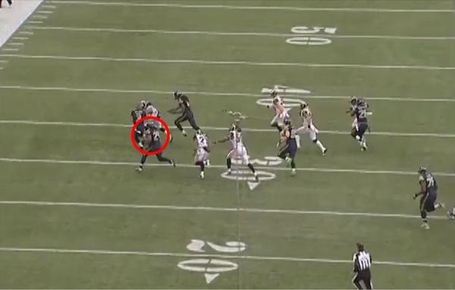 Lynch ends up taking the ball all the way back to the left side of the field, even when the run was designed to go to the right. He was eventually pushed out of bounds for a 19-yard gain.

It's very much a boom or bust play. The outside zone read produces some of the biggest loss of yards on plays because the defense knows whats coming and can blow it up early. But over-commit and cut-back lanes open up. When you get a back like Lynch, he can turn those into massive runs, making up for any previously lost yards. Not to mention the possibility of Russell Wilson keeping it and taking it the complete opposite direction of the offensive line. It forces you to cover the entire field, which a lot of NFL defense can't do on a consistent basis.

I'll leave you on one final thought. I find it interesting that Mike and Kyle Shanahan have chosen not to run this outside zone read, while Pete Carroll and the Seahawks have rarely used the inside zone read. One of the fundamental aspects of Shanahan's zone blocking scheme is to never have a play go for negative yards, which I'm guessing is why the Redskins have opted against it. But I think it speaks to Pete Carroll's nature to take a slight gamble on these types of plays, knowing there is a chance it could pay off big. I think that is something to watch out for throughout the game this coming Sunday.