5 Questions with Canal Street Chronicles on Saints vs Redskins Matchups

Share All sharing options for: 5 Questions with Canal Street Chronicles on Saints vs Redskins Matchups 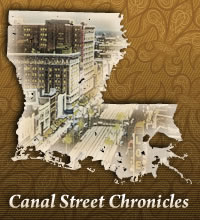 Here's our weekly Q&A with the SB Nation Saints' blog, Canal Street Chronicles. Thanks to Adesola Badon for the time:

1.) The key to the Redskins winning this game is not RGIII, it's the Redskins DLine and not allowing the 5'10" Drew Brees lanes to see and step into passes. The Saints OLine ranked 2nd best last year in sacks allowed. The only difference I see in the depth chart is Center Brian de la Puente....who literally has no reviews except on Wiki that he's been on 7 teams in 4 years with no NFL starts. Did I just find a weak spot?

CSC: I don't think it would be classified as a weak spot. He has played well and has those big guards to help when needed. D line pressure from the Redskins would pose some problems, but Drew is very good when outside the pocket as well. I would say a better key for the Skins would be the ability to match big play for big play on offense. If you guys can score 30+ points, you will present problems and it may turn into who gets the ball last.

2.) In your 3rd preseason game, Matt Schaub seemed to have his way against the Saints D....15/18...174 yards...1 TD. Saints had a 24th ranked defense last year....is it still swiss cheese? How would you scheme against your D with our weapons (Fred Davis, Pierre Garcon, Josh Morgan, RGIII)?

Saints have been plagued with injury at the corner position throughout the preseason. I would say that was more of a testament to the success that Matt had. With that being said, you can't take anything away from the guy, he is a great player. He earned every throw on our defense. Spags will have his usual trickery in place for RG3 and the Skins. I think the gameplan will be confusing the young quarterback by showing him things he has never seen.

3.) So you have an interim, interim head coach in Aaron Kromer. He's never coached anything higher than OL coach....any fear there?

None what so ever. Aaron Kromer has the title, but Drew will run the team.

4.) Going from Vitt as the head coach in pre-season to Kromer - there has to be struggles there right?

I don't think so. though Vitt is obviously a little more rugged, Kromer is capable. Also, as I said before Drew will be the true leader. This is n't taking anything away from Kromer, but the players will rally around Drew as the leader of the team.

5.) What's your score prediction for the game and give me some RGIII and Drew Brees guesstimate stat lines.

OK, I don't understand how Drew Brees who's out of breath coming off the field has time to be offensive coordinator as well when Jim Haslett is mixing things up. It doesn't work like that, but we've seen the Redskins mess things up before.