Can The Redskins Incorporate Brandon Banks Into Their Offense?

Share All sharing options for: Can The Redskins Incorporate Brandon Banks Into Their Offense?

One of the biggest topics of conversation since the final roster cuts has been Brandon Banks. His chances of making the team looked weak after Head Coach Mike Shanahan had declared that Banks would have to contribute on offense as well as his return duties if he was to make the team. But after the final cuts had been announced, to many people's surprise, Banks made the team. Most people have been complaining about his place on the roster, but I think it's time to get over the fact he's on the team, and look at how he can contribute on offense.

Shanahan called him a play-maker, stating that the Redskins had to find ways to get the ball into his hands on offense. He noted the idea of Banks at tailback and outside at receiver, but for me, I think he would be most productive in the option run game, or motioning out of the option look.

The biggest problem with Banks is his size, which leaves him unlikely to be able to take consistently big hits. Therefore, running between the tackles isn't the wisest move. I'd be looking at getting him the ball in space on the outside whenever possible. The first way I would look to do that is with the triple option. 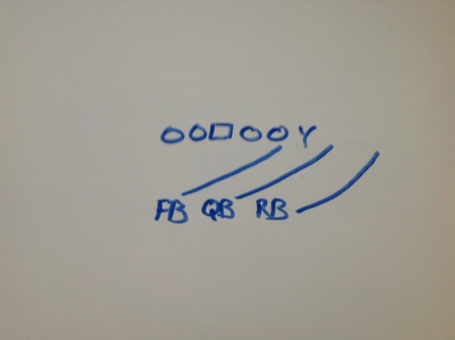 As I said, I wouldn't want Banks running between the tackles, so I would have him as the outside option. That would allow him the best possibility to get the ball in space, and use his speed and elusiveness that we've seen on his return attempts.

Then, once defenses are playing for the triple option when Banks comes in, you could motion him outside into the slot receiver. 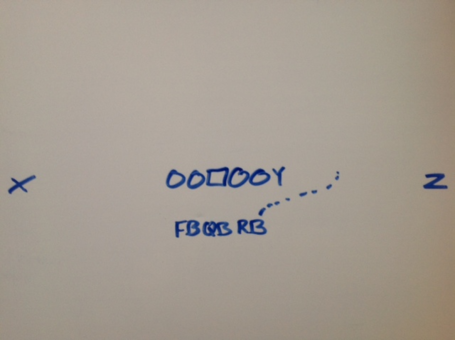 Once he's motioned outside, forcing the defense to re-shuffle and adjust, the Redskins could run a variety of plays, here's a few of the ideas I had from just brainstorming. 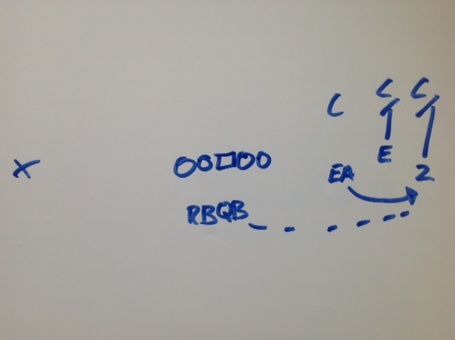 The first Idea I came up with would be a simple bubble screen into the flat. You see this play in college football all the time. The corner assigned with covering Banks would have to move around the traffic of the other two receivers blocking to get to Banks; potentially allowing him enough time to turn on the burners and get up the sideline in a flash.

Because of his limitations, it's obvious that Banks won't ever win a contested pass. So the 'Sluggo Seam' concept could maximize Banks speed and allow him to run free downfield. 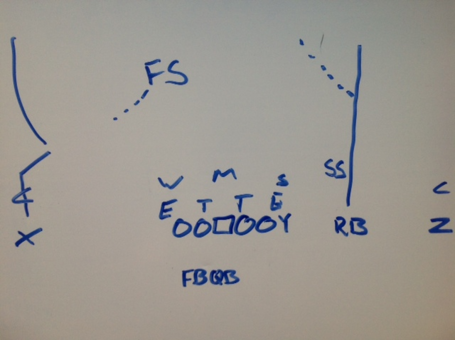 The idea of the Sluggo Seam concept is to draw the deep lying safety across, leaving a big gap in the center of the field. The 'X' receiver, Pierre Garcon for the Redskins, would run a slant and go pattern. Robert Griffin III would pump fake to Garcon on the slant to hopefully get the safety and corner to bite. If they both bite hard on the fake, then Griffin throws the go to Garcon. But if the safety only bites slightly, Griffin comes across to Banks, who's speed could see him run right into the vacated gap of the safety.

The final idea I came up with was the drag concept. It's a simple but effective concept that gives the quarterback an easy read. 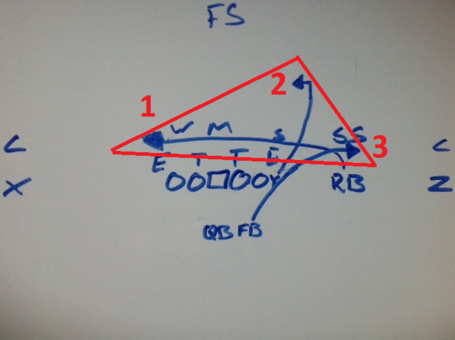 Banks would run the shallow crossing route, which would be the first read. Running across the middle of the field might not sound like the best idea, but its one of the easier routes to get open on. His speed will make him hard to cover in man coverage, making yards after the catch a possibility. If Banks is covered, you go to the second read, the tight end, on a deeper crossing route behind the linebackers. If forced, the play gets checked down to the remaining back in the flat for an easy completion.

Now with these plays, you could easily argue to replace Banks with Roy Helu, Aldrick Robinson, Santana Moss or anyone of a similar skill-set. But Banks extra speed is what makes him a potential candidate to fill this kind of a role. If utilized correctly, that extra speed and elusiveness that Banks brings to the table could be a productive weapon in the Redskins offense. But are these the kind of plays to do it? Let me know your thoughts in the comments below.