Week Four Injury Update: Is Turf Toe Even a Thing?

What is turf toe? Plus week four injury updates.

Share All sharing options for: Week Four Injury Update: Is Turf Toe Even a Thing?

From reading your comments each week, I've noticed a lot of questions about turf toe and related injuries. The discussion usually goes like this: "Is turf toe even a thing? Just get back on the field!" I'm paraphrasing, of course.

Numerous Redskins have been sidelined by the mysterious scourge, so I resorted to the interwebz to do some research. Here's my best attempt at a clear, straightforward explanation:

Turf toe is a strained or torn ligament in the joint that connects the first toe to the rest of the foot. Seems simple enough, but the term "turf toe" is so vague that it's often misused by folks who aren't sure exactly what it means.

Let's start at the beginning: The human foot contains 33 joints connected by 107 ligaments. The ligaments in your big toe control your range of motion and allow you to flex it. 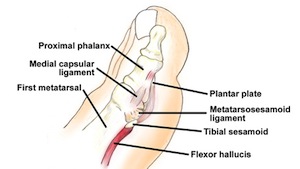 via University of Wisconsin Sports Medicine

What causes turf toe? Artificial turf is difficult to compress, tear, or slip on. That means a player's feet absorb more force when he takes off and makes quick turns. Repeating those motions stretches the ligaments of the big toe a little more each time, resulting in a nagging sprain. The other major cause of turf toe is more gruesome, but still common. It usually happens when a player's toe is flexed and his knee is touching the ground. If he or another player falls on the back of his calf, the flexed toe can't slide out from under the weight, seriously stretching or tearing the ligaments in that joint. 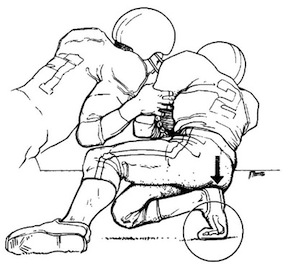 Once stretched or torn, the ligaments no longer function properly and the area becomes swollen and bruised. The damage makes running, jumping, reversing, and many other movements physically impossible or too painful to attempt. Using the foot at all can worsen the injury, hence turf toe's tendency to become a lingering problem.

How is turf toe treated? Not easily. Joints in the foot are almost impossible to brace or immobilize, so staying off the foot is the ideal recovery plan. Severe instances can require surgery. 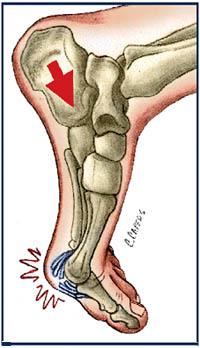 Now, for the curious case of Pierre Garcon: Shanahan initially described the injury as "kind of like when you have turf toe, but it's not the toe," and subsequent reports have labeled it a "bruised foot." Describing the issue as a bruise is incorrect because bruising is a just secondary symptom of the ligament sprain.

But how can you sprain the bridge of your foot? Earlier I told you that the foot has 33 joints, some of which are on the top of the foot. Though these joints lack the flexibility of an elbow or toe, they are still connected by many ligaments. 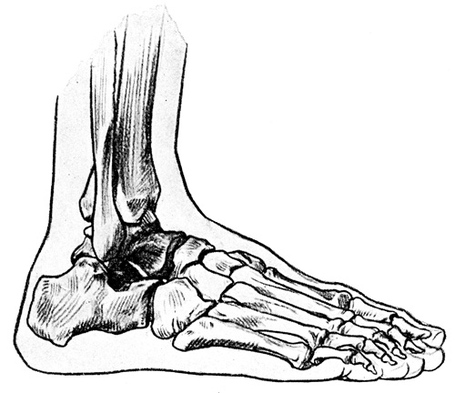 Here's the cringe-worthy part: Imagine your foot is partially flexed, so more than the ball of your cleat is gripping the turf. Then imagine what would happen if a 300-pound lineman fell on the back of your leg. Your cleat won't slip and the turf won't tear, so that force is applied to the bridge of your foot. The ligaments running through those small bones aren't strong enough to withstand the pressure and they give out. Without their support, the joints on the bridge of your foot bend backwards. Even though the bones don't cave in, the ligament damage is done.

Other possible scenarios involve taking off with a burst of speed or snagging a cleat while trying to make a quick pivot. Repeated often enough, those movements can hyperextend ligaments in the bridge of your foot the same way.

So, that's turf toe. Now you know. Let's get to the (abbreviated) injury update.

LT Trent Williams—Suffered bone bruise in his right knee during week three. Returned to practice on Friday and was limited. Status for Sunday: Questionable.

RB Roy Helu—Re-aggravated a turf toe injury in week three. Placed on season-ending IR on Wednesday. Team signed Ryan Grant as a replacement. Of the injury, Helu said, "I want to get to the point where I don't have a hitch in my step. A lot of guys play with that and it's part of the business in the NFL. When it gets to the point where it's almost unmanageable, then a decision like this has to be made."

WR Pierre Garcon—Sidelined with a turf-toe-like injury since week one. Showed improvement, but still limited in practice this week. Status for Sunday: Questionable.

WR Leonard Hankerson—Injured back in week three. X-rays were negative. Participated fully in practice this week. Status for Sunday: Probable.

CB Cedric Griffin—Strained hamstring in week three. Did not practice. Status for Sunday: Out.

That's all I have. Let me know in the comments if any other injuries have been baffling you.