We ask a Buccaneers blogger about the Redskins Week 4 match up with Tampa Bay.

Share All sharing options for: 7 Questions with Bucs Nation 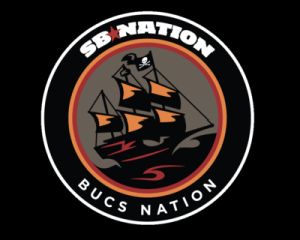 I had a chance to connect with JC over at Bucs Nation to talk about the Skins upcoming match up with Tampa Bay.

1) Obviously the Bucs and Skins squared off in the final week of preseason but the starters didn't really play. How are the Bucs big offseason additions (VJax, Nicks, Martin, etc) faring so far?

JC: What that pre-season game proved beyond a shadow of a doubt is that the Buccaneers' depth is razor thin. It's played out in games this season with the defense playing well but eventually tiring and allowing a lot of yardage in the fourth quarter.

As for VJax, Martin and Dallas Clark on offense - the word would be inconsistent. Jackson struggled against Dallas (as the entire offense did) and has had an issue with drops - but he's already provided some highlight reel big plays for Tampa Bay. Doug Martin is struggling right now. After a solid start against Carolina, teams are starting to put 8 and 9 guys in the box and with Freeman struggling to get over the top Martin has found the going tough.

Dallas Clark has struggled as well. He hasn't been a primary target but has caught the ball well when called upon. Where he's having issues is in run blocking. The edge is where the Bucs running game has been grounded and it seems none of Tampa Bay's tight ends can't block worth a lick.

On defense, free agent addition Eric Wright has made some big time plays but has also been burned. First rounder Mark Barron is delivering the wood and has made some amazing plays in coverage but at times can be led by a quarterback's eyes out of position. Lavonte David (2nd round pick) has made a huge impact on the run defense - which has completely flipped from 32nd in the league to 1st.

2) This will be the third week in a row that the Bucs will take on a NFC East team. What have they learned from playing the Cowboys and Giants that could help them out against the Redskins this week?

JC: The Bucs have learned they can play in the NFC East - they just haven't figured out how to WIN in the NFC East. Probably the biggest lesson is don't beat yourself. Against the Giants, Tampa Bay had the game completely under control until a Josh Freeman interception sparked the Giants. It didn't help that the Bucs D stubbornly continued to blitz Eli who torched them with his precision passing in the fourth quarter.

Against Dallas - the Bucs essentially shut down the Cowboys, but two turnovers allowed Dallas to score 10 points while the Bucs failed to capitalize on all but one of the turnovers they forced. It was the difference in the ballgame.

If the Bucs protect the football and continue to force turnovers on D, they are a difficult team to beat.

3) The Redskins O-line has been suspect at best this season. With the Bucs losing Adrian Clayborn for the year who will step up and get pressure RG3?

JC: Clayborn is a very tough loss for the Buccaneers. He was getting a lot of attention on the right side of the line. He wasn't getting the pressure like he did last season, but because offenses have to account for him, it made Gerald McCoy and Michael Bennett's job a lot easier. McCoy and Bennett have been phenomenal thus far - dominant in the pass rush. We'll have to see what impact the loss of Clayborn means to those two guys.

The Bucs seem to be content going with Daniel Te'o-Nesheim and George Johnson in Clayborn's spot. Neither is anywhere close to A-Clay's ability.

4) Speaking of RG3, how worried are you about defending the rookie and how do you think the Bucs will do defensively?

JC: I'll answer it this way - it really does depend on the offense. If the offense can stay on the field and avoid leaving the defense out there to wilt, I think the Bucs will be just fine against RG3. If it gets to the fourth quarter and the defense is up to 70 plays, then the Redskins can do some damage.

The Bucs are as good at stopping the run as they have been since the Super Bowl season (10 years ago) - it's been a long time since Tampa Bay was top 5 in run defense, none-the-less number one. They already faced a similar quarterback in Cam Newton and shut him down.

The Bucs want to stop the run and put it all on RG3's shoulders - where they can mix their coverages and blitz schemes to try and confuse the young QB. The Bucs are an aggressive, physical defense (the Tampa Two is dead) but that sometimes leads to some big time plays against them. If RG3 can hit the passes downfield, it will be a long day for the Bucs. If the pressure gets to him and he starts rushing his throws, the Bucs' opportunistic secondary could make him pay.

5) The Redskins secondary has been shred this season and by guys like Danny Amendola, Armon Binns, and others. What offensive name, that Skins fans may not know, could have a big game on Sunday?

JC: Three names quickly come to mind - Mike Williams, Arrelious Benn and Tiquan Underwood. While V-jax gets all the headlines, Mike Williams is finally in his right spot as the #2 guy. Williams has made some big catches for the Bucs (especially in the Giants game). Regus Benn is coming back off of an injury and has assumed the role of slot receiver. Regus is fast - lightning fast - and if the Bucs can protect Freeman, he can be a factor if the Bucs go three wide.

Tampa Bay rarely spreads it out with four wide outs - but if they do - Tiquan Underwood is another speedy receiver to account for. He was Tampa Bay's top receiver during the pre-season and was brought back after not making the final 53 out of training camp.

6) What do you think it means for Tampa to be playing against their former coach, Raheem Morris, this week?

JC: Its going to be fun. The fanbase and the team as a whole understand what happened with Raheem. Rah was slated to be the team's defensive coordinator under Gruden after Monte Kiffin left for USC - but the Glazers decided to fire both Gruden and GM Bruce Allen, elevating long time scouting director Mark Dominik to the GM role and then tabbing Morris as the immediate replacement for Gruden.

It was a mistake. Rah was too young - he wasn't ready to be a head coach. He was best friends with Ronde Barber and pal'd around with a lot of the guys on the team. It's tough to party with the guys one night then expect them to respect you as a coach the next day.

Bottom line, the owners went on the cheap for three years while they settled their financial issues with Manchester United. Rah was the scapegoat. He still has friends on the team and a lot of players who respect him as a friend and a coach. I'm sure there will be many hugs and well wishes.

JC: Ah, kneel-gate. We so love talking about it (not). I think the fanbase is about the same as the rest of the league - split down the middle. Some believe it's bush league, others have no problem with it. I think I fall on the side of not having a problem with it. I admit, I felt a little uncomfortable seeing the Bucs call two timeouts against the Cowboys to try and fire off on the victory formation three times. At one point, Schiano reamed his defense for not being aggressive enough on the victory attack and that last attack seemed very violent. Someone will get hurt at some point. I do like that the Bucs aren't giving up - even when the chances are remote. It's a far cry from last season when the team mailed in a lot of their games by half-time.

If the game is within a single score and the Redskins have the opportunity to kneel down, expect it.

Now will they have the opportunity? I don't think so. Freeman usually bounces back after terrible games and I think he will against a depleted Redskins D. I think the Bucs will shut down Morris. RG3 might throw for 300 yds but I think the Bucs will do a good enough job keeping them between the 20's and forcing Washington to settle for field goals.