Clinton Portis' retirement presser is complete. CP's teary-eyed, twenty-fine minute, unscripted statement was as sincere as it gets it sounds from the media. Some highlights from the event:

The Redskins unveiled this painting as a gift to Portis, which I'm sure will look good in his garage: 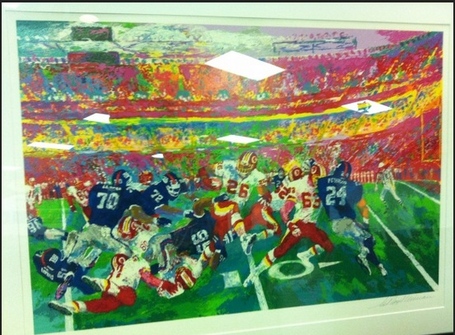