What Caliber Offense Would The Pistol Bring To The Redskins?

Share All sharing options for: What Caliber Offense Would The Pistol Bring To The Redskins?

If you didn't guess from that pun-intended title; I'm going to be looking at the pistol formation once again. Last week we saw that the Redskins have been lining up rookie quarterback Robert Griffin III in the pistol at time. I explained then what exactly the pistol was and detailed how I believed it would be used to run the option game with Griffin. I've also shown in the past the basics of the option game. But today I'm going to look at three different option plays that can be run from the pistol, as I believe the option game is the reason the Redskins are looking down the barrel, if you will, of the pistol.

This first play requires two backs in the backfield with Griffin. 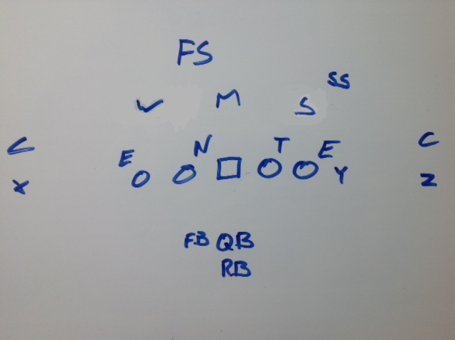 This is just a standard formation to run this play from. I've marked it as fullback on the board, but you could easily put in a second running back in place of the fullback. In fact, I envision this play working best with Evan Royster in the fullback position, and Roy Helu lined up as the running back. The first part of this play requires the quarterback to read the defensive end lined up over the left tackle 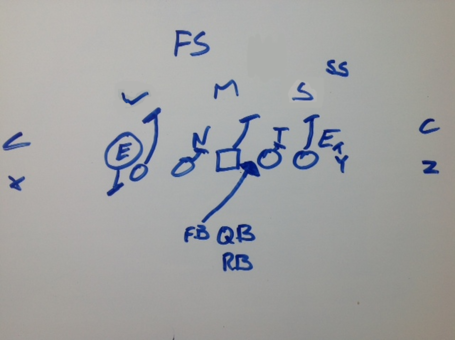 If the defensive end stays outside, the play will be a normal hand off and run as drawn up here. The left tackle will be free to pursuit other blocks because the defensive end is playing for the quarterback keep on the read option. However, this plays drastically different should the defensive end collapse inside towards the fullback. 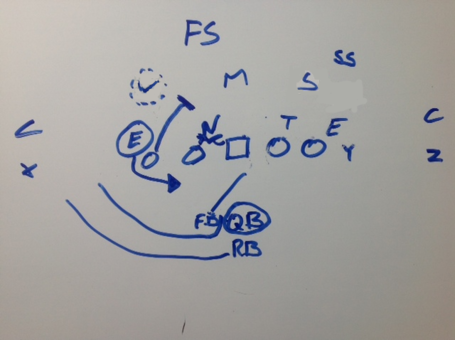 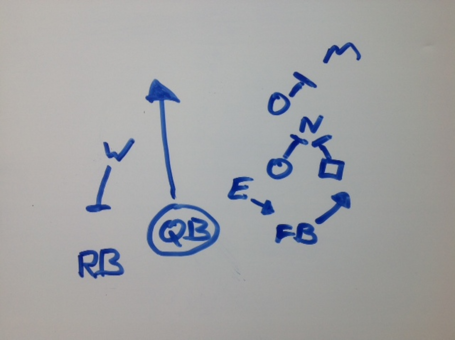 If the Will backer comes down to cut off the running back, then Griffin III keeps it and uses his 4.3 speed to pick up big yards. 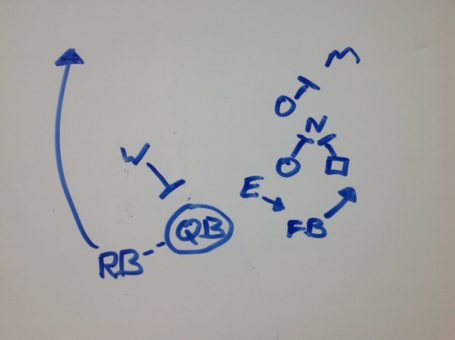 But if the Will backer cuts off the quarterback, the ball gets shovel passed out to the running back, who then cuts upfield. If the play gets to this point, the will backer is in a lose-lose situation. Either way he goes, he loses.

The next play is a counter-option run. 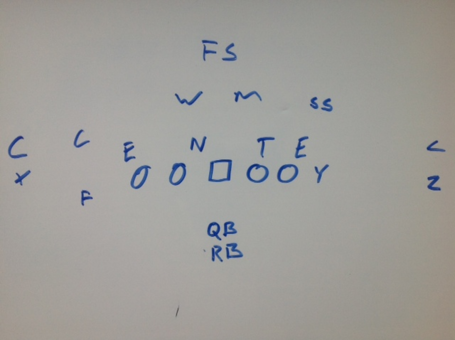 As you can see, the major difference in formation from the last play is that the fullback has been replaced by a third receiver. 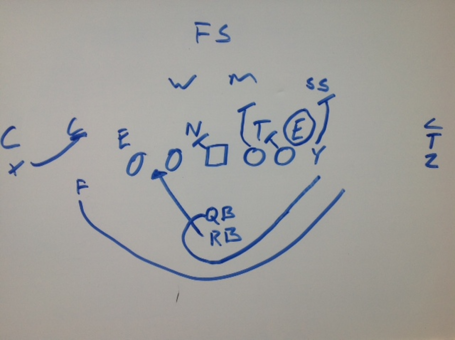 The quarterback would fake the hand-off and boot out. The third receiver will follow him around and become a shovel pass option. The quarterback would then read the defensive end, just as he reads the will linebacker in the previous play, and shovel it outside when appropriate.

The final play I have for you is out of the same formation. 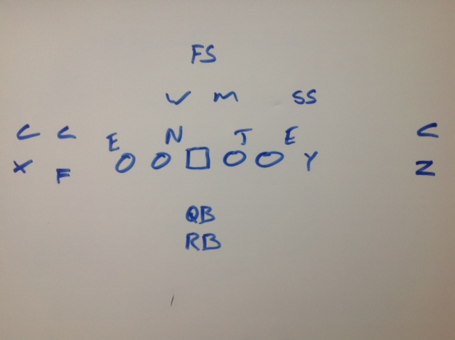 But on this occasion, both the running back and quarterback will run to the right, with the Z receiver running a reverse. 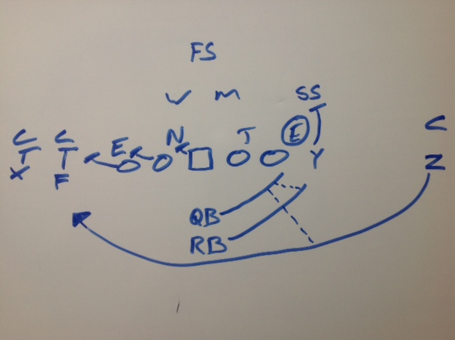 The quarterback has three options. He can keep it, option it off to the running back, or even shovel it back to the Z receiver for the reverse. The left side of the offensive line can all slide and zone block, giving the Z receiver some protection on the reverse run.

Those are just three of many option plays that can be run from the pistol. While having never been a huge fan of the option, I do recognize its effectiveness. I think a few of these plays incorporated into the normal game plan will be enough to catch defenses off-guard and keep them honest, opening things up for the regular plays.

But those are just my views. What do you think of the pistol, these plays and the option in general? Is it all a load of rubbish, or should we use it more often than I'm suggesting? Let me know your views in the comments below.