Share All sharing options for: An Inventive Way To Keep Robert Griffin III Protected While Creating Match Up Problems.

One of the first thoughts of many Redskins fans after Robert Griffin III was drafted was "We better keep him protected!". Now it's no secret the Redskins offensive line has struggled over the past few years. Yet, we are set to see the majority if not all five starting lineman from last year return as the starters this year. There is the argument that continuity is important to an offensive line, which it is, but there has to be a point where you draw a line and just admit some guys aren't very good. Clearly, the Redskins aren't as worried about this as some of our fans are, otherwise they would have made a bigger push to bring in a free agent or draft a guy higher than they did. So I started thinking of creative ideas to help the offensive line keep our franchise quarterback upright and injury-free.

This idea stems a little from Niles Paul's transition to tight end, which has me much more intrigued than it probably should. His size and frame has been compared to Aaron Hernandez, the New England Patriots tight end. Hernandez has seen a lot of time split out at wide receiver, which is of course Paul's old position. When Hernandez and fellow tight end Rob Gronkowski see the field together, they cause defenses to have match up nightmares. Hernandez can split out wide as a receiver, as I previously mentioned. This forces defenses to choose between a linebacker and a defensive back to cover him. His speed, like Paul's makes him hard to cover by linebackers; his strength and extra weight makes it hard for defensive backs to tackle him. Gronkowski offers similar match up problems for defenses, but adds the additional blocking ability that Hernandez somewhat lacks. So I went and watched some Patriots games to see how the Patriots liked to use these two. Needless to say, I liked what I saw. 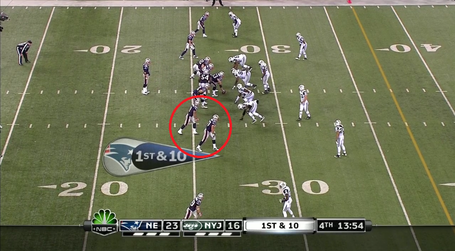 One formation I liked in particular from the Patriots was this one. This can be run with either three receivers and two tight ends, or two receivers, two tight ends and a back that motions to receiver. Tom Brady and Bill Belichick love to call it with Danny Woodhead as the running back. When a defense is substituting players and sub-packages onto the field, they see what personnel group the offense is using to best match up with them.

Usually when a defense see's a running back, two tight ends and two receivers, they are expecting a formation similar to this: 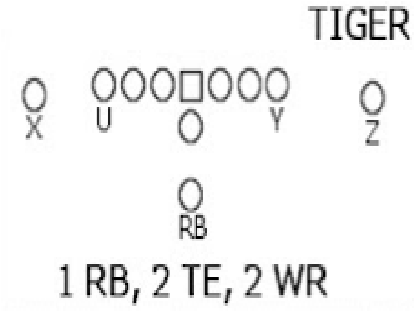 As you can see, that is drastically different from the formation we saw the Patriots use above. Most defenses will use their base personnel group to defend that, no nickel or dime packages which substitute extra defensive backs in the place of linebackers or defensive linemen. So a defense is now forced to choose who to covers with what in a very short space of time. If they are caught off-guard by such a formation, they will more than likely keep their two safeties deep in case of a busted coverage. That means linebackers will have to cover both tight ends and the back. So not only have the offense got the match ups they want with tight ends covered by linebackers, but they've also forced the defense into only rushing a maximum of four players. This is what happened for the Patriots against the Jets in the play above. 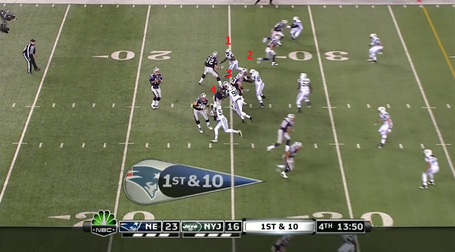 The Jets, a Rex Ryan coached team, can only rush four defenders when ideally Ryan would have them sending exotic blitzes with up to seven rushers. The offensive line can give Brady time as there is only four rushers, and Hernandez ends up making the reception after beating the man in coverage.

Lets go back to earlier in that Jets game. 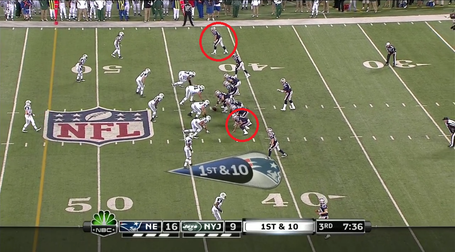 Hernandez lines up in a traditional tight end spot, but the play has a similar outcome. 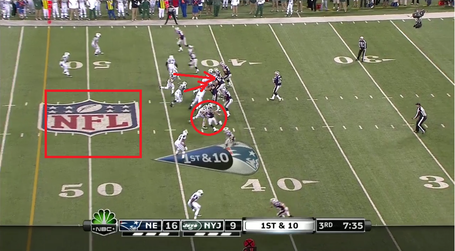 Ryan is desperate to hit Brady, so he sends a blitz against this personnel group. Hernandez manages to chip one of the blitzers before running into a huge hole in the defense, created by the confusion of the formation and the effort to create a pass-rush. 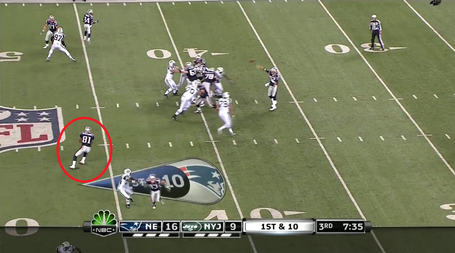 Brady gets the pass off before any defender has a chance to touch him. Hernandez is in miles of open space and they get the better of the defense again.

Another Patriots game I watched was against our divisional opponents and arch-rivals, the Dallas Cowboys. 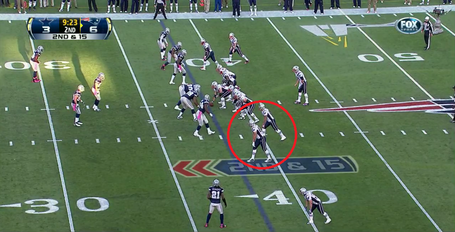 Once again we have the two tight ends, Gronkowski and Hernandez lined up as receivers rather than traditional tight ends. The Cowboys attempt to confuse the Patriots with a fake heavy blitz look. 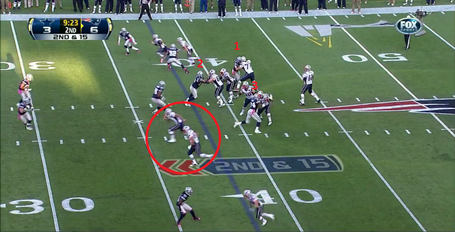 They drop a defensive lineman into zone coverage to try and surprise Brady. But Gronkowski and Hernandez remain open, and the offensive line only has three pass-rushers to deal with. With a defensive lineman and linebacker in coverage, Hernandez once again makes the play and picks up a couple extra yards after the catch.

The Patriots come back again with this concept the very next play. 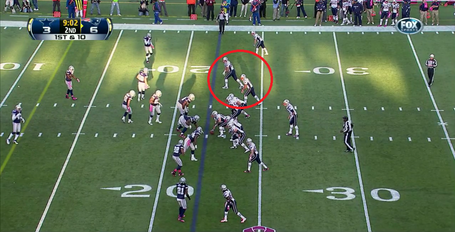 This time the Cowboys decide to deal with it in a more conventional way. 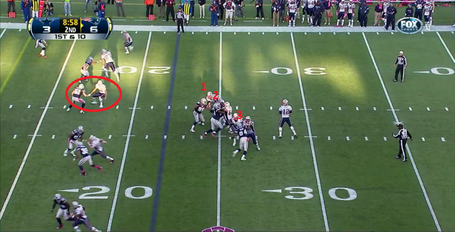 They only rush three guys again, which is easy enough for the offensive line to deal with. Then it's all about the match up. I mentioned how Hernandez speed and ability as a receiving tight end helps him beat linebackers, which is exactly the case here. He's match up one on one with the Cowboys inside linebacker. 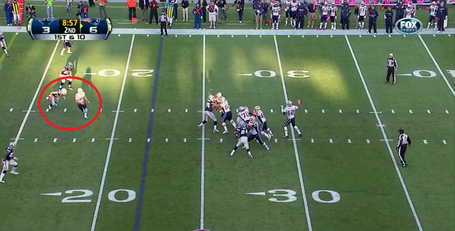 He cuts inside past the linebacker in coverage, and is an easy wide open completion across the middle for any quarterback, let alone Tom Brady.

This was just a concept that I loved when I saw the Patriots running it. If Paul can transition smoothly to tight end and prove to still be a legitimate receiving threat, then this could be a concept in the Redskins playbook. We already know Fred Davis has the ability to line up as a receiver (although he has rarely done it in the past), and we Roy Helu motion to receiver on occasion last year. If those guys can put it together, it will lighten the load for the offensive line to deal with. If they only have to block three or four guys, then we could see an improvement up front.

Then of course you have the added element of Robert Griffin III. Using this concept to clear the defense out, Griffin could then keep the ball himself and run for huge chunks of yards. But that's a story for another day.

What do you think? Could this work for us, or am I greatly over-estimating the potential impact that guys like Niles Paul can have on our offense? Let us know in the comments below.