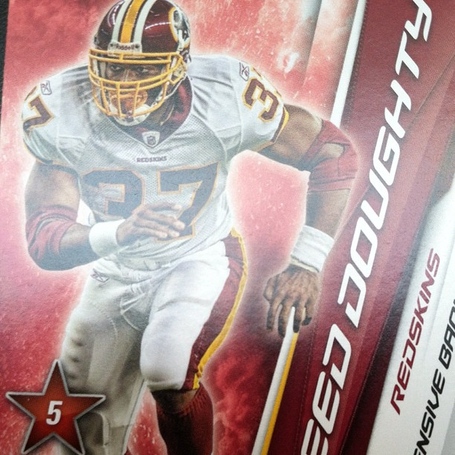 Looking back, trading cards were arguably a worse return on investment than Enron stock and 2008 U.S. real estate, but error cards sure are fun. Usually they are just typos, but getting the player entirely wrong is frame-worthy.

On Twitter last week, Reed Doughty mentioned he was going to catch a Nats vs Rockies game. I asked if he was going to wear his Nationals "Daughty 38" jersey, which he replied no since it was auctioned off. He also shared a gem that beyond his jersey getting messed up, he once had a football card with Shaun Alexander on it....and behold, he just tweeted a pic of it. (2008 Panini America pictured right). It's equally funny that multiple Skins fans have asked Doughty to sign it at training camp, which he was happy to do.

Here's a list of other error Redskins cards I found, including a Cam Newton Redskins one.

Sonny Jurgensen football card - 1969 Topps #227 - Vintage Football Card Gallery
They have the Chiefs logo instead of the Redskins one. 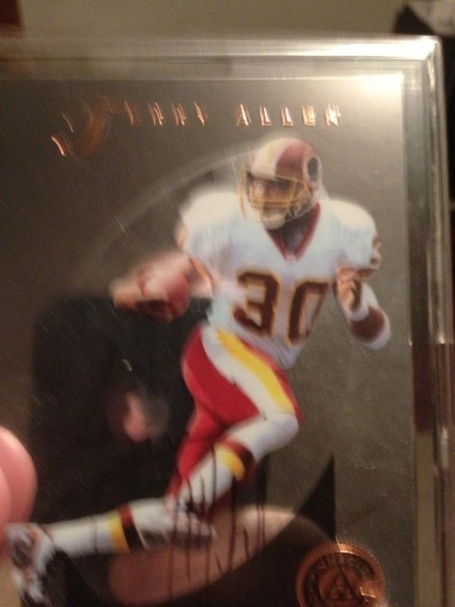 Reed Doughty pictured as Shaun Alexander reminds me of one of my favorites movie, The Jerk, when Steve Martin Navin Johnson learns he's not black...