Thanks to Ken for that title. Of course, Ken has plenty of experience of wide receiving, but that's a story for a different day...

It has been well documented that Niles Paul is transitioning from wide receiver to tight end. A lot of people have been skeptical of this move, but I'm warming to the idea. I thought I would just throw together a theory or two on how the Redskins could ease him into the position. I looked back to last year for examples similar to my ideas, and for this one against the Rams in week four. 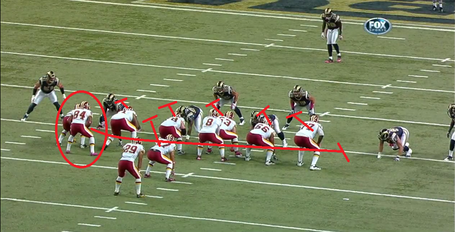 In this play, Paul actually motioned from the flanker spot to where he is now. When the ball is snapped, the entire unit of blockers will zone block to the left, except Paul. Paul will run back across the line and cut off the back side of the play. 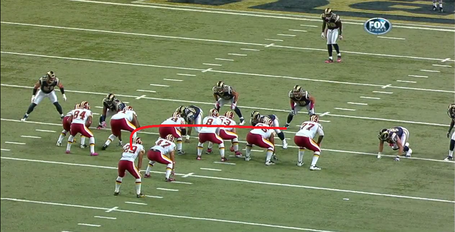 Roy Helu is going to initially run as if its a normal stretch run to the left, but then will cut back to the weak side of the play. 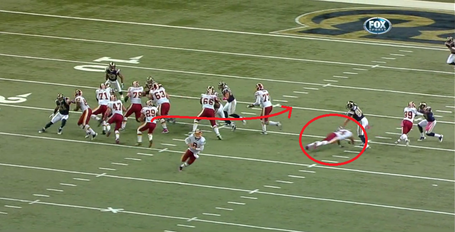 Here you can see Helu just before he cuts back. Paul is required simply to cut off the back side of the play, so he cut blocks the linebacker, opening a huge hole for Helu to cut back into. Helu got nine yards on the play without breaking a sweat.

These are the kind of blocks I initially expect to see from Paul. Cutting off the back side of a play is important, but fairly simple at times. Paul was asked to do this often last year, and I'd expect more of the same in the running game this year.

However, this kind of play could be massively beneficial to new quarterback Robert Griffin III. When this kind of play gets the run game going, you can build from it into play action bootlegs. Here's one I just mocked up quickly. 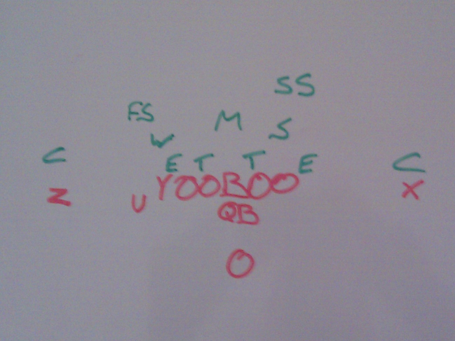 This is the 'Tiger' personnel group we heard about a lot last year when we had high hopes for Chris Cooley and Fred Davis being on the field together at the same time. In Tiger, the extra tight end (the U man) takes the place of one of the backs. This particular formation is called 'West Left'. Niles Paul would be the U man, with Cooley or Davis as the Y. 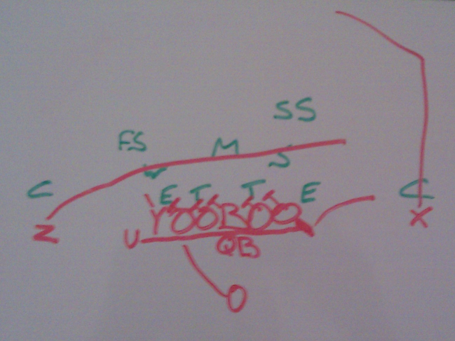 Just like in the play we saw above, the line zone blocks to the left, with the back running that way as well. Paul would cut back across the line, making the defense believe he's just cutting off the back side of the play. But then the quarterback would fake the hand-off and bootleg to the right. Paul's job would be to read the back side of the play. If he needs to, he could chip the defender, but preferably he'd just keep running out into the flat. With the defense running to the left side of the field, the play fake should by Paul enough time to get a couple yards away from the closest defender, making for an easy completion for Griffin. Then Paul can use his receiver skills to get extra yards after the catch.

I think these types of plays would create easy opportunities for Griffin to get completions, while easing Paul into the tight end position. Of course, that's all just in theory. What do you think of the move to transition Paul to tight end? Do you think it will work or be a failure? Lets us know in the comments. Also, feel free to click the recommend button if you liked this post.