Chris Wilson Returns to the Redskins

Share All sharing options for: Chris Wilson Returns to the Redskins

A former Redskin will be coming back home after a season away from the team, Chris Wilson. Wilson came to the Redskins via the Canadian Football League, where he played for the BC Lions, in 2007. Wilson was mainly a defensive end in his time in DC and his rookie year was by far his best, he had 4 sacks and 13 tackles that year in some spot duty. He was also a valuable special teams contributor until his contract expired after the 2010 season. 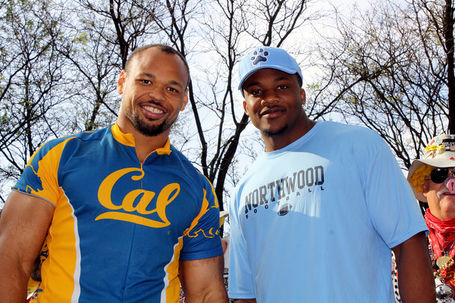 Wilson most recently went to camp with the Philadelphia Eagles in 2011 but was cut on the last day, Sepetember 2. He is likely just training camp fodder at this point, but it is good to see Chris back. When Haslett took over the defense Wilson switched from defensive end to outside linebacker. Wilson played his college ball at Northwood University in Michigan and has also remained very active in the DC community.