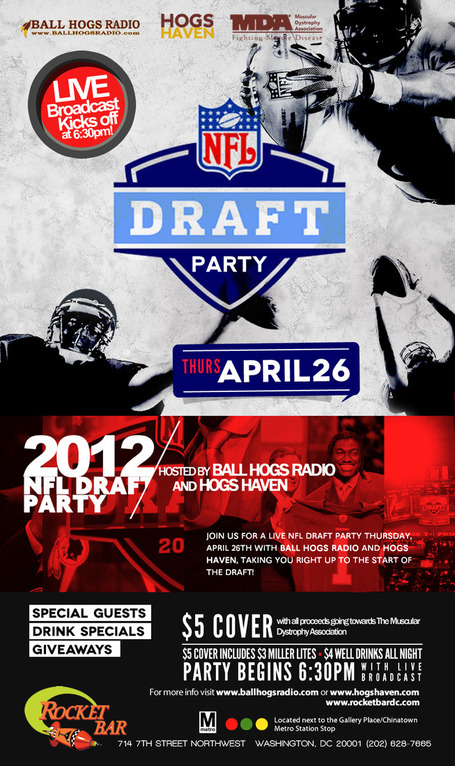 Well, we're less than fifty-five hours away until Robert Griffin III joins the Redskins. A night like this is rare and is not meant to be sitting at home on your ass. We've got a pretty good shindig lined up at Rocket Bar, DC (half a block from Chinatown metro). Leading up to the 8PM broadcast, Ball Hogs Radio and Hogs Haven will be taking turns live podcasting and drinking heavily. As we turn the audio to the draft, we'll throw up the Jerry Jones pinata (picture coming shortly) for anyone who wants a wack.

We've also got a list of items that people can win, including:

Beer and rail specials go all night...so head on over. There's wifi for people that need it, and former Hogs Haven friend, Miss DC 2009, will be stopping by. See you there.