Share All sharing options for: Anthony Armstrong Has Fresh Set of Eyes

"I won't have to deal with losing contacts during the game," he said via text. "I have had to scramble for missing contacts in the grass....Not a reason for decline in production," Armstrong said, "but definitely one less thing to forget to pack - contacts, glasses, etc."

Armstrong had a down year last season with Shanahan calling him out for not being able to beat press coverage and Hankerson emerging in the starting role. Armstrong of course stepped up to make that amazing TD catch in the Seahawks game. Of course, Carlos Rogers switched to contacts and made the Pro Bowl this year. Here's hoping Armstrong can do the same for us.

I wonder if Armstrong ever considered the Chris Sabo look? 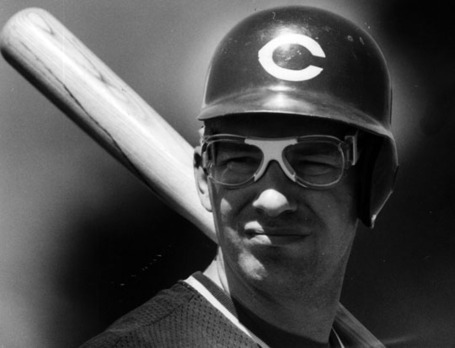