The Redskins have to face the very real possibility that Adam Carriker might not want to come back to D.C; and that throwing in Jarvis Jenkins as the starter right off the injury he's had is irresponsible. If this happens to be the case, the Redskins will need to look elsewhere to grab a guy that can start at defensive end in the 3-4 system. Calias Campbell is perhaps the biggest name on the market of defensive lineman, so what better place to start? Campbell is a 25 year-old, 6'8", 300 pound monster on the defensive line. Yes he is going to cost a lot of money, and at his age he should. He also should be starting the majority of snaps for the life of the contract. This would downgrade Jenkins to rotational defensive end behind both Campbell and Stephen Bowen. You could also give Jenkins some reps as the back up nose tackle, giving us a very healthy defensive line rotation, but also a very expensive one. That's something for you to ponder over while we look at what Campbell can do. 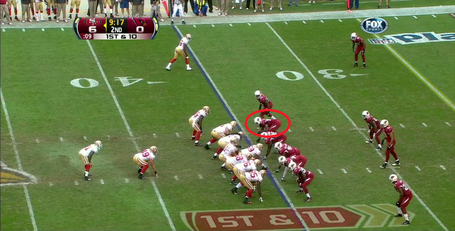 You can see Campbell circled in red against a run heavy formation. 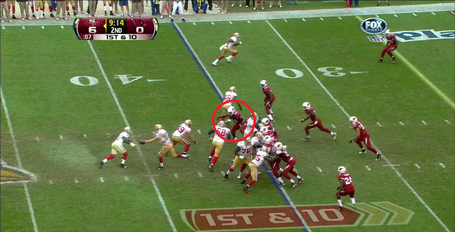 Campbell is left for the pulling guard of the 49ers to block. 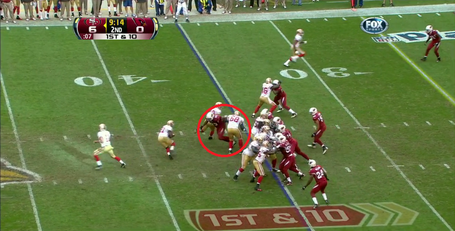 Campbell powers through the attempted block and forces Frank Gore to attempt to bounce the play outside. 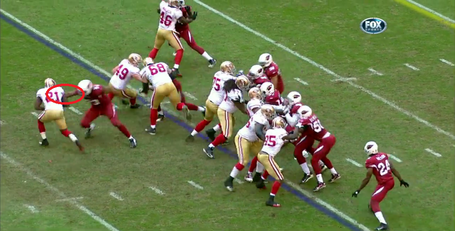 But Campbell uses his huge wingspan to get an arm on Gore. He then uses his strength to arm tackle him. It's not very often you'll see someone who can arm tackle Frank Gore. Campbell brings him down in the backfield for a three yard loss, big play.

But sometimes the play doesn't always come your way. What happens when the offense runs away from Campbell? 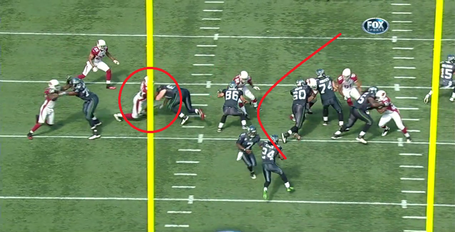 The guard manages to get inside leverage just enough to stop Campbell to get inside and blow the whole play up. Campbell does manage to throw him to the ground though. Lynch cuts through the hole and gets up field. 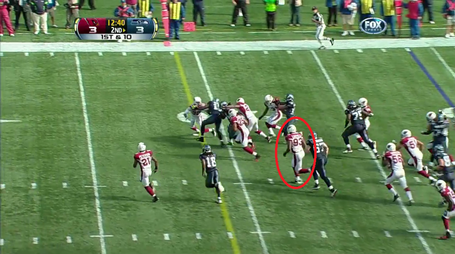 Campbell follows in pursuit, not giving up on the play. 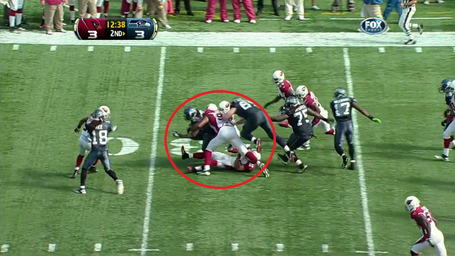 The Cardinals are lucky he did chase the play, because he ends up making the tackle 20 yards from the original line of scrimmage, otherwise Lynch would have been gone. Nice effort from Campbell on the play.

Another play Campbell shows great effort in was this one against the Giants. 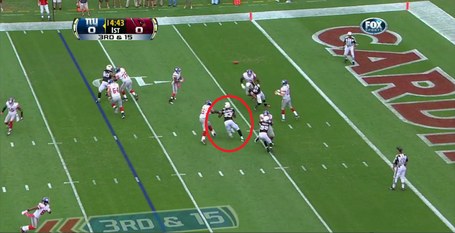 The Giants are running a screen to Bradshaw away from Campbell's side. He manages to escape the block attempt as the ball is being thrown. 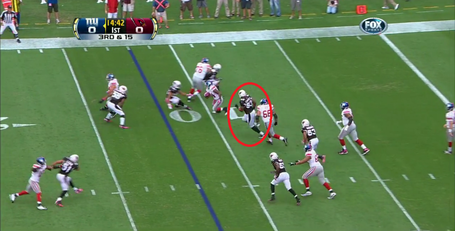 He then chases down Bradshaw. 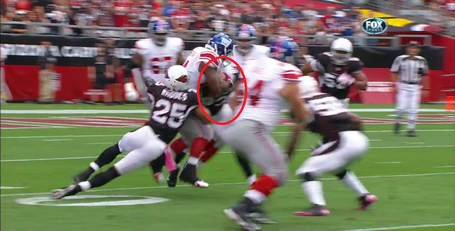 And delivers a thunderous hit on Bradshaw, forcing the ball loose and it's recovered by the Cardinals in the red zone. Yet another Big play. 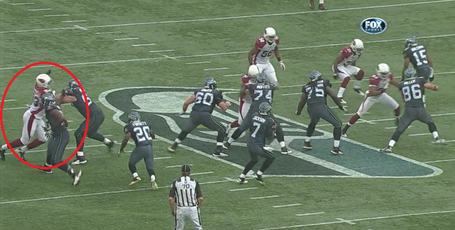 Here against Seattle, Campbell shows the strength of his hands. He uses them brilliantly to swat down the guards arms. 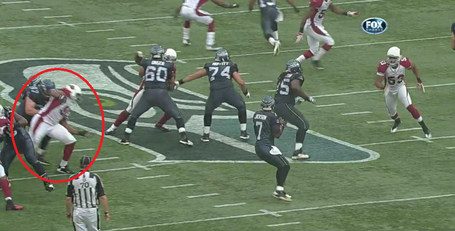 Campbell blazes past the guard, showing off his athleticism. The guard attempts to recover, but Campbell is much too quick for that. 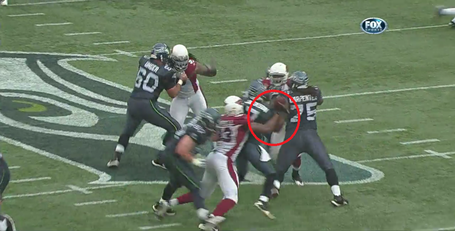 Campbell is on Tavaris Jackson before he has a chance to react. What I like most about this is that he uses his arms to wrap up, but he also attacks the throwing arm and the football to try and knock it loose. He fails to do so on this occasion, but it's a good habit to get into.

Campbell can even get interceptions, I mean, when he isn't busy tackling runners in the backfield, chasing down screens and sacking the quarterback. 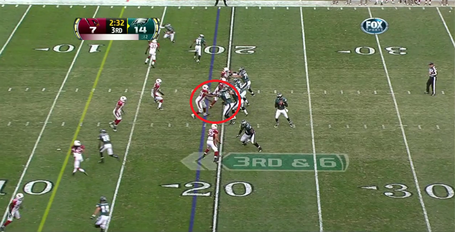 Campbell is on contain duty here. He notices the gap between himself and left tackle which Michael Vick could easily run through. So Campbell uses his strength to push back the blocker and disengage. 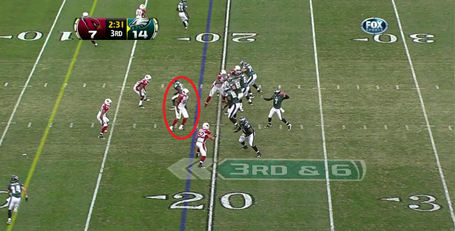 Campbell arrives in the gap and locks his eyes on Vick, who winds up to throw. 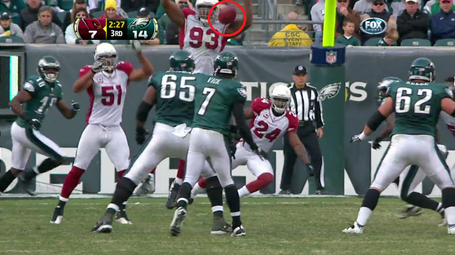 Campbell has great awareness to get his hands up and try to deflect the pass. The ball hits him right in the bicep and bounces up. 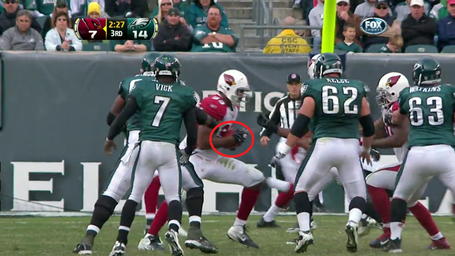 Campbell somehow manages to juggle the ball and bring it down under control for the interception. Once again, big play.

So there you have a little snippet of just what Calias Campbell can do. He makes plays all over the field, finishing last season with 72 tackles, eight sacks, two forced fumbles and that one interception. For comparison, Bowen had 41 tackles and six sacks while Carriker had 34 tackles and five and a half sacks. What do you think, is Campbell worth the money and the risk of limiting Jenkins snaps?