The past 3 weeks I have been primarily focused on addressing offensive positions in this year's free agency. You can check out my profiles on Matt Flynn, Dwayne Bowe, and Robert Meachem here, or in the HH archives. This week, along with the next 2, will be defensively focused. More specifically, the secondary.

The Redskins secondary is riddled with raw talent, though numbers (turnovers) may not reflect it. The Redskins ranked 22nd in the league in interceptions this year. With a very solid front seven, it's time to address that. The Redskins hired former Tampa Bay Head Coach Raheem Morris a couple weeks ago to take over coaching the Defensive Backs. This is huge. Raheem is very defensively minded, and should be able to fix some of the defensive woes plaguing the Redskins.

Brandon Carr and Dwayne Bowe are the only two logical nominations for a potential franchise tag from Kansas City, with Carr being the front-runner if they can't reach a long-term deal in time. Carr tied for 12th overall (not just DB) for interceptions with 4 in the regular season.

I'll skip the pleasantries and get straight to the film, after the jump...

Ball Skills/Hands: If you've ever seen the movie The Replacements, there's some gooey stuff that they put on their stone-handed receiver in order to make him catch better. Carr must keep a jar of this stuff on the sideline. Maybe he is beta-testing some kind of secret ball magnet... Whatever he's doing, it basically equates to excellent hands.

Zone Coverage: Excels in the zone. Can effectively read the signal-caller to put himself into position to make a play.

Man Coverage: Makes his money in man coverage. Rarely gets beat deep, but does bite on double moves. He has the athletic ability to recover from it, though.

Run Support: Definitely is able to bring players twice his size to the ground. Picks his battles. If he can't bring his man down, he will tie him up and wait for another defender to arrive with help. His size isn't a factor, he's 6' and ~210, but standing up a back with a full head of steam isn't necessarily a good idea. Like I said, he picks his battles.

Intangibles: Money. He wants it. It won't be as much as some of the other guys this season, but it still may be a bullet to bite. Age. He's only 25, so it isn't hindering any 'rebuild' the Redskins may, or may not, be working on.

Here's some film. He is really fun to watch. 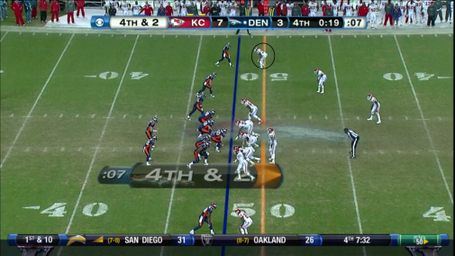 I read somewhere on Arrowhead Pride that Carr has ball skills rivaling some wideouts, and I tend to agree. Here, Carr is playing close in man coverage opposite Eddie Royal. 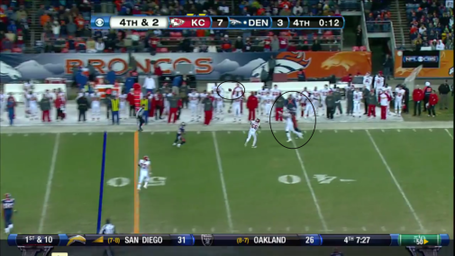 Tebow gets rushed and tosses up a prayer (probably literally and metaphorically). Eddie and Brandon have to come back for the pass, and Carr positions himself perfectly to make the play. Carr gets over Royal and pulls down the interception. 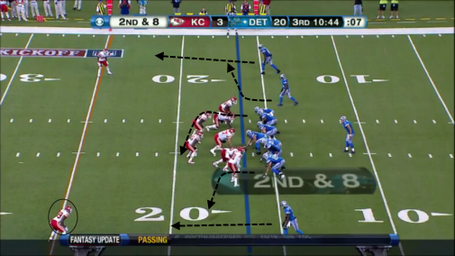 One of my favorite things about Carr is how aggressive he is. Here Carr is playing a zone and Detroit will try and pull him deep with a go route. 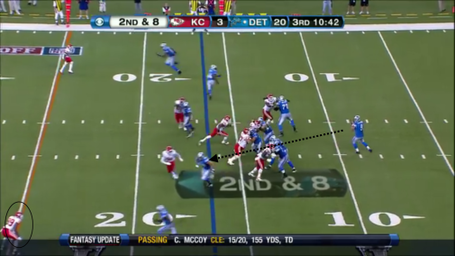 Normally, Stafford can look off even the most veteran guys, but here he has his eyes fixed on his left TE. Carr notices, and stays put. 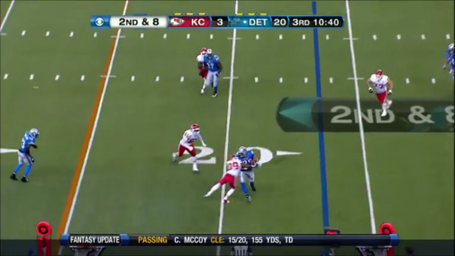 He sniffs out the short pass, and is able to close the distance for a minimal gain before the linebacker in coverage can even get close. Watching this in real time was like lightning striking. This represents two things; the first being poor coverage in the flat, and secondly, excellent open-field tackling by Carr. 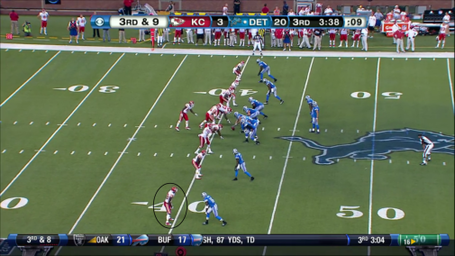 The Lions and Matt Stafford, again. Carr is in close man coverage and will follow his man deep. 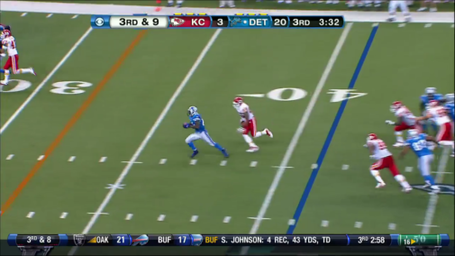 Stafford dumps it off on a checkdown. 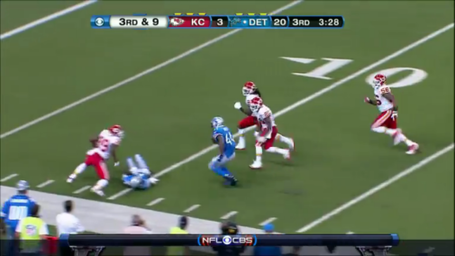 Carr's man had him blocked downfield. He sheds his block and is about to learn a lesson in physics. An object in motion... 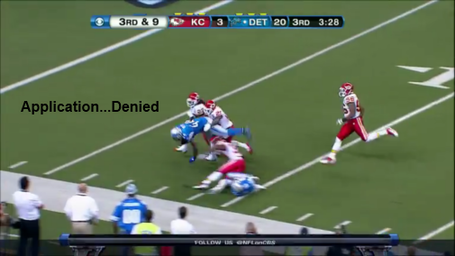 Smart move. Carr goes low on the larger opponent, making the tackle. I don't really care HOW he makes the tackle, I just care that he makes it. Stafford didn't go to the left for nearly the WHOLE game, instead targeting Flowers, and being relatively successful, if you look at the score (It actually ended up a lot worse than this). I can honestly say that this was a solid game on Carr's part.

I like his speed, aggressive play, and of course his excellent hands. But what I really like, is his intimidation factor. He knows he is talented, and this d-back actually backs it up.. DeAngelo Hall?

Carr would be a perfect fit for the Redskins' 3-4, playing in KC's 3-4 for the past two years. He also isn't going to require as much bank as Brent Grimes or Cortland Finnigan to sign and his age isn't a factor (25). I see no reason to stray away from Carr. His aggressiveness will be welcomed with open arms.