The Zone Blocking Scheme: An Overview

Share All sharing options for: The Zone Blocking Scheme: An Overview

The zone blocking scheme is becoming more common in football today. Many college spread offenses use a type of ZBS in their attack. More NFL teams are using some form of zone blocking than ever before. This has to do with the size and speed of today’s defenders, and a different style that can neutralize some of that speed.

The zone running play employs a single running back, and consists of two different types of plays: inside zone (sometimes called the dart scheme), and outside zone (stretch zone scheme). The premise of zone blocking has all linemen moving as a whole, in the same direction, causing a defensive flow towards the play side. The concept is to block a certain area, not necessarily a designed defender, as in RULE blocking (which is gap, on, over, near). Double team blocks are essential in perfecting the ZBS. Double team blocks in this system are referred to as tandem blocks. These tandem blocks require the offensive linemen to engage in an initial double team, along the offensive front, with the nearside linemen taking a reach step to attempt to reach the outside shoulder of his area defender. As he is doing this, the play side linemen will engage the outside shoulder of the gap defender, then quickly slide off onto the second level, and attempt to get on the rear shoulder of the persuing line backer. This movement is what creates the ever-so-important cut back lanes. 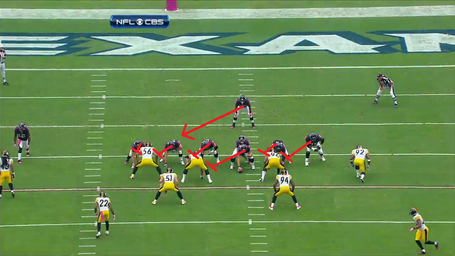 The running backs must be disciplined in this system. Not only does it require the running back to have patience, to allow the play to develop, but it also requires great vision to recognize the hole(either play side, or back side cutback), and great explosion and balance to get through the hole and into the second level. This is the common "one-cut" scheme you often hear mentioned with ZBS running backs. 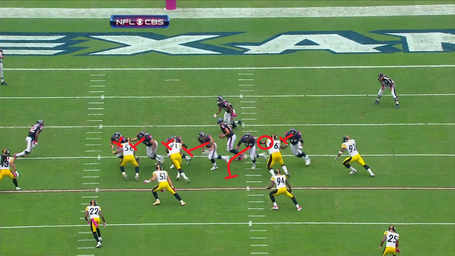 Mike Shanahan has perfected the stretch zone blocking scheme. This scheme made him famous in his time with Denver, always seeming to have a 1000 yard back every year. In the stretch zone scheme, the single running back will take his first step play side towards the EMOLS, aiming for his outside leg. The line will start the flow of the play, and it is the job of the running back to recognize where the hole is. If he sees that the defensive end or outside linebacker has been reached, he will continue his path to the outside. If the defense over- persues the play, the cut back lane should open up on the backside. 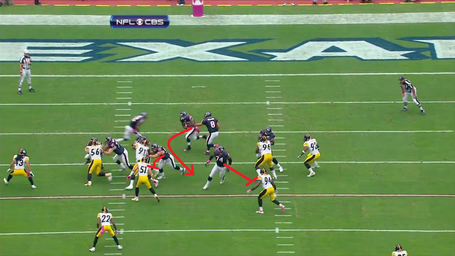 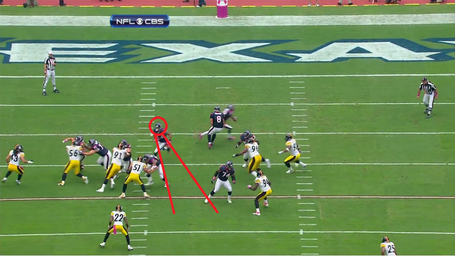 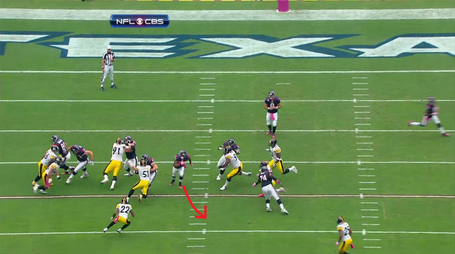 Just as important as the running back is the type of linemen this scheme employs. Typically, smaller, quicker linemen are preferred for this style of blocking. Lateral quickness is extremely important, as is the ability to engage, get off blocks, and get onto second level defenders. For this reason, you typically don’t see the Nate Newtons and Orlando Paces in this type of offense.

In the next part of this series, we are going to take a look at the type of linemen who can be successful in the ZBS.

Special thanks to UKRedskin for his help with this piece.