What's Stopping Nick Foles From Being the 3rd Best Quarterback in the Draft?

Share All sharing options for: What's Stopping Nick Foles From Being the 3rd Best Quarterback in the Draft?

The race to be the third quarterback has officially begun. The draft process has started and the general belief is thatAndrew Luck will be taken by the Indianapolis Colts number one overall and Baylor quarterback Robert Griffin III will follow shortly after. Many Redskins fans believe we should trade up for Griffin III, while others think we should trade back and get one of the next group of guys. But who comes behind those two, is anyone's guess. Ryan Tannehill was thought as the next best quarterback, but he broke his foot which will set him back in the evaluation process. Brandon Weeden had a great season for Oklahoma State, but he will be 29 half way into his rookie season. Many other names are going to be throw into the equation, but as it stands right now, nobody is a clear leader. Nick Foles might well be one of those names that could jump up above the rest of the pack and in behind Luck and Griffin III. But what is it that's holding Foles back? I believe his biggest weakness is his footwork. He consistently struggles to step into his throws under pressure and when he has time in the pocket, he plants his foot to his left rather than in front of him. Let's have a look at the tape.

I'll start with the under pressure throws. When his pocket starts to close in on him, he plants his front foot and rocks off his back foot to throw instead of stepping into the throw. 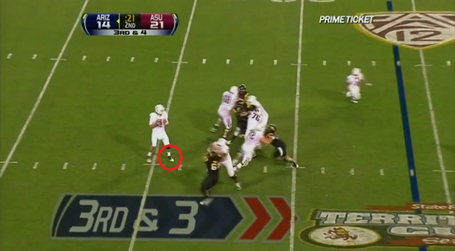 Here the pocket has started to push back on him. I've circled his front foot. He plants it here just before he winds up to throw. 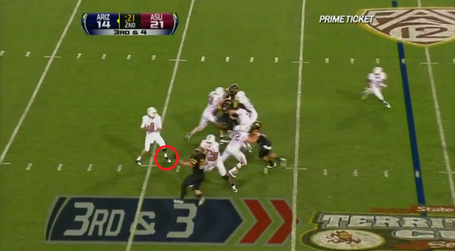 Notice how his front foot remains planted, but he takes a half step back with his right foot to help build up power into his throw. 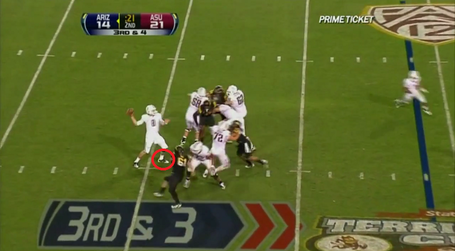 As Foles goes to throw, you can see his front foot is still in pretty much the same spot it was before. He hasn't stepped forward into the throw to help him transfer his weight and get torque behind his throw. 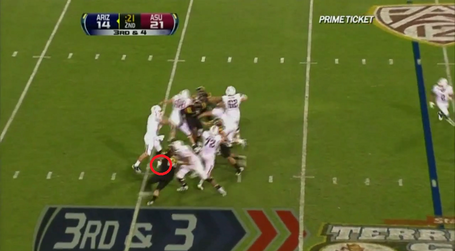 After the ball is released, his foot is still planted in the same position. He completely fails to step into his throw, but rather, he almost leans into it. It's closer to a back-foot throw, and will suffer similar results, mainly having little velocity behind the throw.

When a team can get consistent pressure, it can mess with Foles' footwork. When he gets into the rhythm of leaning into throws instead of stepping into them because of a pass-rush, it begins to become natural to him even when he has a clean pocket. 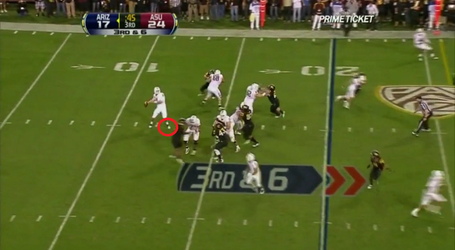 Here we are later in the game. Foles has a clean pocket to throw from, but because he's been previously under pressure, his muscle memory makes him fall into bad habits. He plants his foot before he winds up. 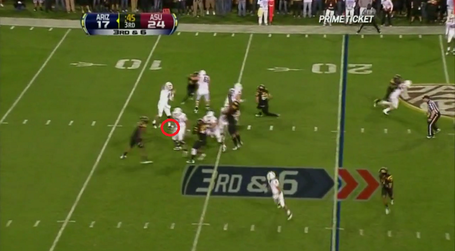 Foles again leans into the throw, which again means he can't properly transfer his weight to his front foot and put as much velocity behind the throw. He ends up under throwing his receiver and nearly gets intercepted by a trailing cornerback.

The other thing I've noticed with Foles is that he will occasionally fall into a trend of opening his body too much. This happens when he plants his front foot more to his left than in front of him. 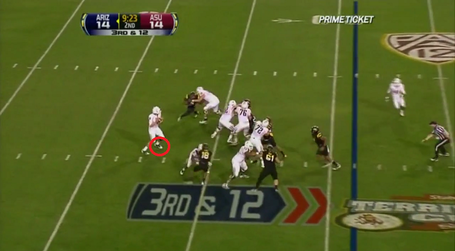 His feet are fine here as he targets his receiver running a slant to his left. 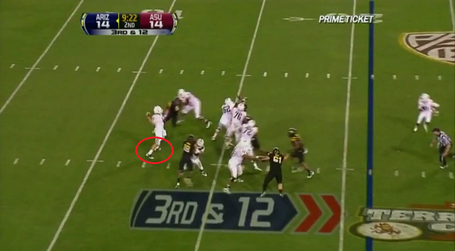 Notice how wide he steps. He's almost front on to his receiver because of how wide that step is. This means he can't open his hips much more than they are already, limiting his ability to generate power into his throw. 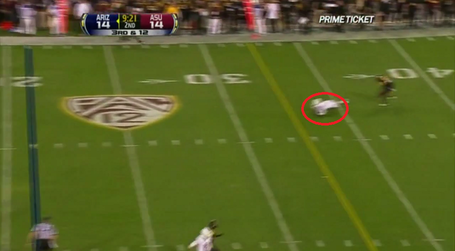 Which is evident here, as the receiver has to dive back towards the ball to try and catch it. In the end, the ball is ruled incomplete.