Tale of the Tape: Brock Osweiler vs USC

Share All sharing options for: Tale of the Tape: Brock Osweiler vs USC

Today's subject of 'Tale of the Tape' is Arizona State Quarterback Brock Osweiler. Yes, I know another quarterback, but the Redskins need one so we should look at all the options. Plus, this was requested by someone. I'm always open to suggestions and requests so let me know if there is anyone in particular you'd like to see in a future post.

One thing to note before I get started, a lot of Osweiler's throws are to the running back in the flat. I've chosen not to show any of these as they don't really show us anything about what he can do and what he could potentially do in the NFL . 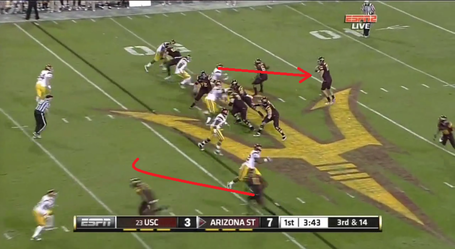 On this play, the receiver is running into a gap in the defense. 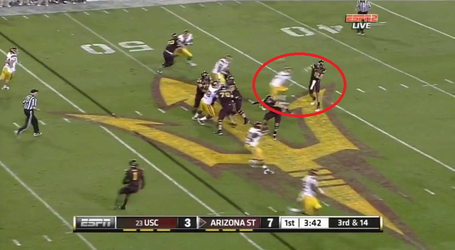 Osweiler stands and delivers a throw despite the immediate pressure from a blitzing defender. The ball is caught, but the receiver can't get the first down. I like Osweiler's toughness in this play. He's willing to stand and get the ball out knowing he's about to take a big hit.

His toughness and willingness to take a hit is evident throughout the game. 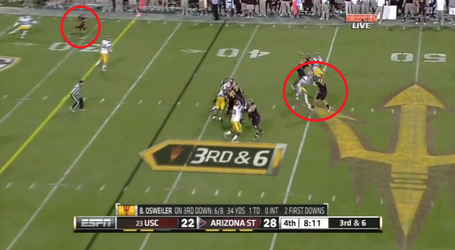 Here his is in the 4th quarter with a lead. Again USC get a defender with a free run at Osweiler. Unfazed, Osweiler steps into his throw and takes the hit. 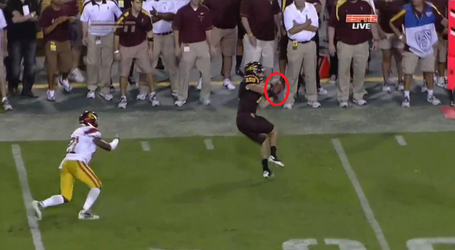 Osweiler manages to drive the ball to the receiver on the outside. The receiver makes the catch and steps out of bounds after converting the first down. Impressive throw by Osweiler.

This next play builds on the toughness factor, but also shows Osweiler has the ability to go through his progressions to find an open receiver. 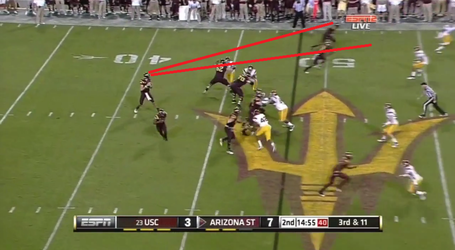 You can see that Osweiler's first read is to his left. He doesn't like the look and comes back to the middle of the field. 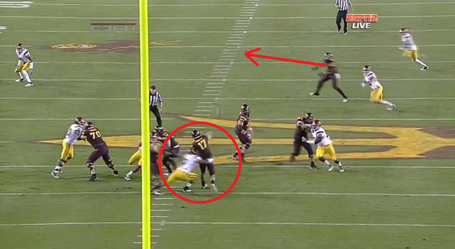 Once again, Osweiler is hit just after he throws. But it doesn't stop him from stepping into the throw and completing the pass.

Here's another example of him going through his progressions. 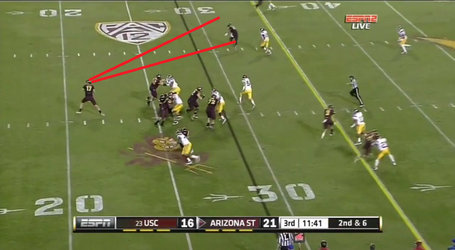 Osweiler rolls to his left on the play-action fake. He checks his first target but again doesn't like the look. 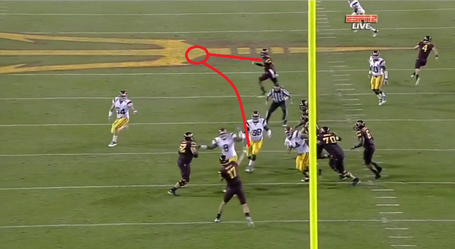 So instead he comes back across the middle and spots a receiver running open on a crossing route. 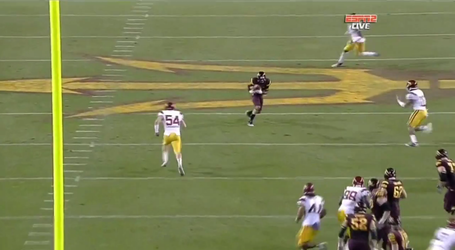 The pass is complete, but if I'm being picky, I would like to have seen the ball thrown out in front of the receiver more. This would have let the receiver catch the ball in stride and gain additional yards after the catch. But in this case the receiver has to make an adjustment and stop his route. But in the end, it was a completed pass for a first down.

Unfortunately, that's about it for the good side of Osweiler from the USC tape. Here are some of the bad moments. 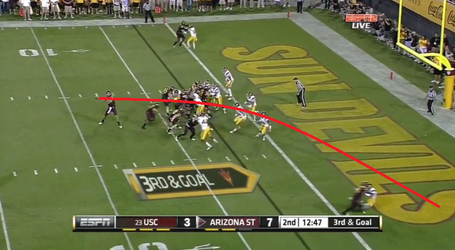 This is Osweiler's first touchdown pass. However, I think he gets away with this one. It's a very common red zone play. The receiver is running a fade route. The quarterback has to put a certain touch on the ball to get it over the defender and into the arms of the receiver. 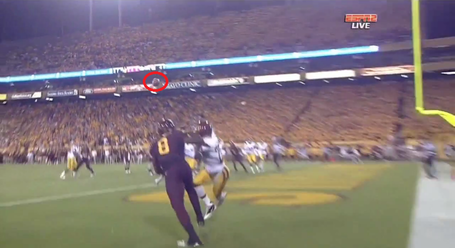 But as you can see, rather than running onto the ball, the receiver is having to come back for it. In the NFL, I believe this pass hits the defender in the back or is possibly intercepted. But here, the receiver does a great job getting his body in front of the defender to make the catch.

Later on in the game, he attempted another fade route. 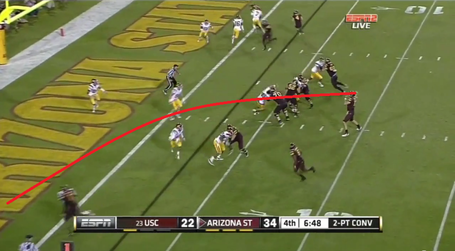 This time Arizona State are going for the two point conversion. Osweiler has less of the field to work with on this occasion. 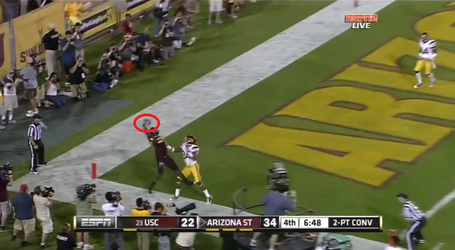 He doesn't even managed to keep this one in the field of play. These two plays do raise questions about his ability to take a little off his throws and put more touch on the ball. In the NFL, a quarterback has to be able to take something off his throws for throws like these. You simply cannot just throw a bullet every play.

The last play I took note of was a bad throw into tight coverage. 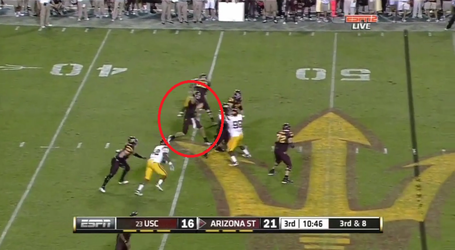 It was a strange throw as he went through his progressions but decided to take this option. 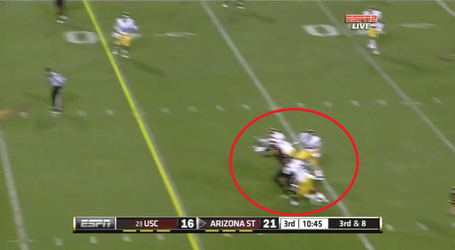 (Apologies for the blurry picture, was the best I could get.) He tried to force the ball into a very tight window with three defenders all in reach of the receiver. Not a good throw by Osweiler, there's a good chance this is intercepted in the NFL.

That just about wraps it up for this 'Tale of the Tape' post. You can read Mocking the Draft's scouting report of Osweiler here. As I said at the start, feel free to offer up suggestions or requests for future posts either in the comments, or on my twitter (@UkRedskin1)