For weeks and weeks Redskins fans have been calling for defensive coordinator Jim Haslett to call some more exotic and creative blitzes. It appears Haslett is finally trying to mix things up, and its paying off.

The Redskins defense set out against the Browns to disguise coverages, send a healthy amount of blitzes and all in all, unsettle their rookie quarterback Brandon Weeden. We've started to see the Redskins transition to more man coverage schemes, which allows them to send more exotic blitzes. This all came to a head on outside linebacker Rob Jackson's interception. Let's take a look. 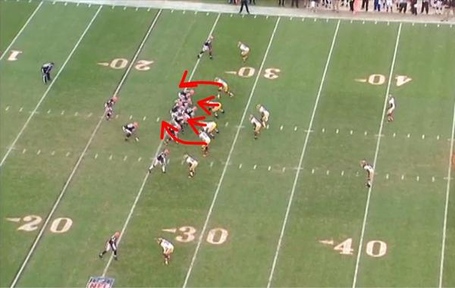 On the face of things, this looks like a typical Redskins four man rush from their 2-4-5 (two defensive lineman, four linebackers, five defensive backs) defensive package. We've seen this look from the Redskins all year, as I expect the Browns have from their film study. But the Haslett changed things up on this play. 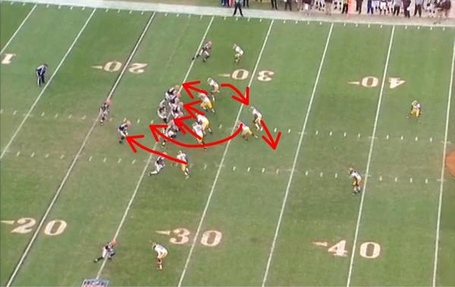 DeAngelo Hall, lined up covering the slot receiver, is sent on a blitz. Linebacker London Fletcher also rushes from the same side while Ryan Kerrigan, Barry Cofield and Kedric Golston slide to their right to try and open a rushing lane for Fletcher. Perry Riley rotates over to help cover a zone in the middle of the field, while Rob Jackson sneakily drops back into coverage as well. 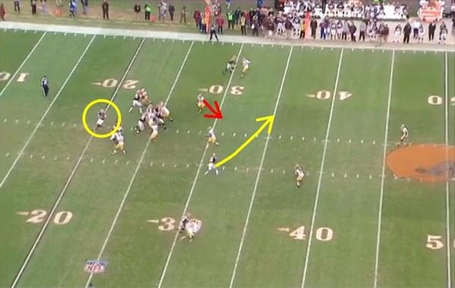 With an unexpected blitz from the Redskins, Brandon Weeden looks for his hot read, the slot receiver running across the middle of the field. Weeden can see Riley rotating over to cover a zone underneath, but knows his receiver is running over the top of that zone. What he fails to see is Jackson dropping back, because he never looks away from the slot receiver. 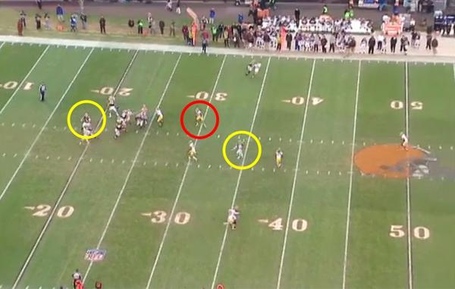 Even as Weeden winds up to throw, he fails to spot Jackson, who sits around the hash-mark, just outside of Weeden's view. Weeden thinks he has a safe throw and pulls the trigger, but Jackson was baiting him. 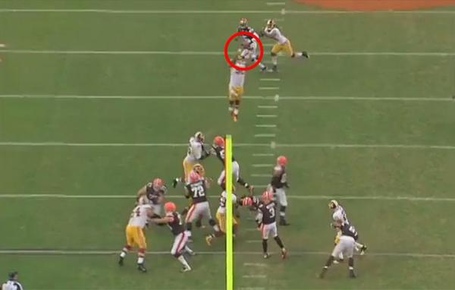 Like magic, Jackson appears out of nowhere! He leaps to make an incredible grab that Pierre Garcon would be proud of. Weeden never saw him and it all came down to a little creativity from Jim Haslett. It's this kind of coordinating and play-calling that can help cover up the troubles we've had in the secondary. Haslett has improved the performance of the defense, particularly in the second half of games, over the past three weeks. And as we've seen, we just need a half-decent defense for Robert Griffin III (or Kirk Cousins!) to be able to make us a serious threat.

Here's something for you guys to mull over in the comments. If the defense continues to improve and the Redskins make the playoffs, should Jim Haslett be kept on or is this a case of too little to late for Haslett? Let me know your thoughts.