Pierre Garcon Slips Kirk Cousins Will Be the Starter?

Weinstein interviewed Garcon on SportsCenter live Tuesday morning and the WR *may* have let the cat out of the bag.

Share All sharing options for: Pierre Garcon Slips Kirk Cousins Will Be the Starter?

Re Garcon on ESPN: 2 players tell me they think he was basically making an assumption. Nothing was announced to team. #Redskins

Pierre Garcon is spending the day at ESPN headquarters doing interviews for practically every show on their network, and he may have let the cat out of the bag here. As Washington Times beat reporter Rich Campbell posted just now:

"Now we have a little bit tougher task; we have Kirk starting," Garcon said. "We have to play well around Kirk so Kirk doesn't feel like he has to try to save the team. We have to help him to be as comfortable as possible."

OOPS. Now there is the 1% chance this is a diabolical double-cross that Shanahan has Pierre Garcon feeding to the media, but, not likely. OK, I kid.

Shanahan of course loves keeping teams guessing on roster moves since it forces opposing teams to do more work. I can imagine Shanahan's reaction watching this ESPN video: 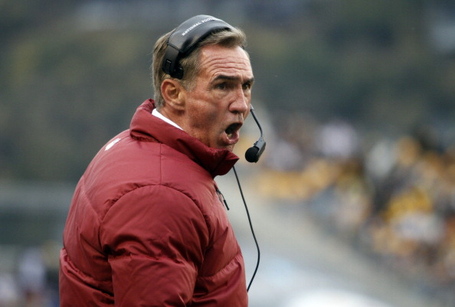 Shanahan's reaction seeing all the tweets from the Redskins media: 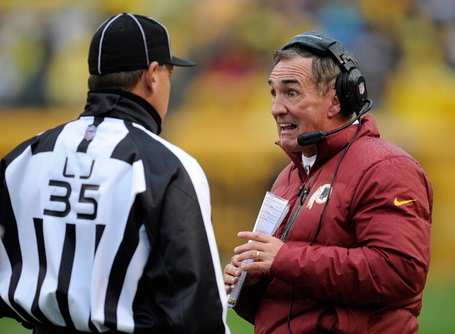 Shanahan considering how to spin this to media next presser: 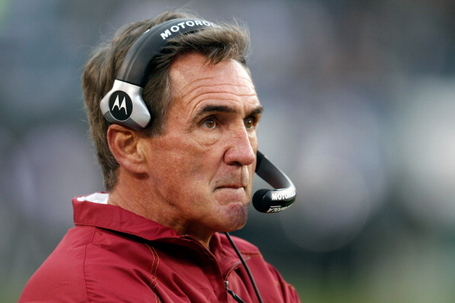 His reaction when he brings Garcon into his office tomorrow morning: 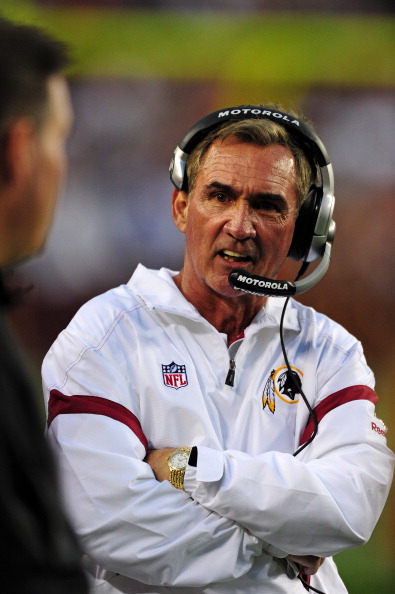