Looking at the Redskins stats through week 14 show some interesting trends. Stats via the NFL.

At this point in the season where the Redskins enter the final three games of the season, there's a lot of debate on who's good on the Redskins OLine and who's not. Will Montgomery at one point was ranked one of the top three Centers by Pro Football Focus. Is that because he's good...or because the read-option scheme freezes defenders?

I don't watch game film so I won't pretend to answer that question, but I will highlight some interesting numbers here in how the Redskins' offense ranks by play direction in both rushing and passing. 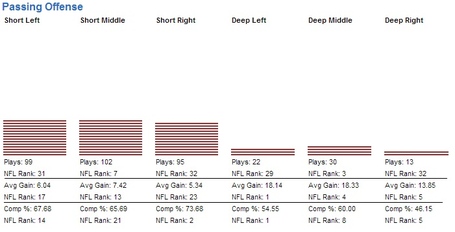