The NFLPA held an event for their One Team For the Cure foundation where survivors got to meet and greet some Redskins. Also at the event was Josh Morgan's Godmother, Sophia, pictured left, who is also a survivor.

The last twenty four hours has turned into a bash fest against Mike Shanahan and the current direction of the Redskins, but one thing is clear, the players he brings in are of high character. It's easy (for me at least) to get so wrapped in the outcome of a loss, but seeing Pierre and Josh give back to the community, and the smiles they incited around the room truly melted away everything that occurred on the field last week. I felt honored to be a part of such an event, and it's hard not to get emotional seeing the joy of the survivors overcome their battle with cancer...children with leukemia included.

In October, as we all know, NFL players annually help raise money for breast cancer awareness with collective and individual efforts across the country. Through the NFLPA's One Team for the Cure and their own foundations, players held a variety of events and fundraisers in their team cities and home communities. The NFLPA hosted an event last night to celebrate the conclusion of breast awareness, which included a gathering of 50 survivors and some current and former players. Pierre Garcon and Josh Morgan were there for the Redskins.

When Pierre Garcon first came to D.C., he told NFLPA representatives he'd like to contribute to the community, which is how he got involved. Josh Morgan, who is the One Team for the Cure ambassador for Washington D.C., spoke up at the event and explained his involvement with breast awareness to the survivors:

It's a pleasure for me to be here. I just want to thank everyone for coming and supporting the cause. My personal experience with breast cancer...my Godmother who's standing right back there was diagnosed in 2009 and that just opened my eyes to the value of life. I always value life. I'm from DC. A lot of people know how it is growing up in DC. I've lost a lot of friends...a lot of people. To see her every day, ever year struggling fighting breast cancer...it just opened up my eyes and made me reach out to everyone. There's a lot of strong, beautiful women out here fighting for this cause and fighting for their life every day. We appreciate it and support it. Life is very special. Life is short. For you all to be out here fighting every day, I just want to congratulate you all and tell you all that I look up to you and its a true blessing you're standing here today. 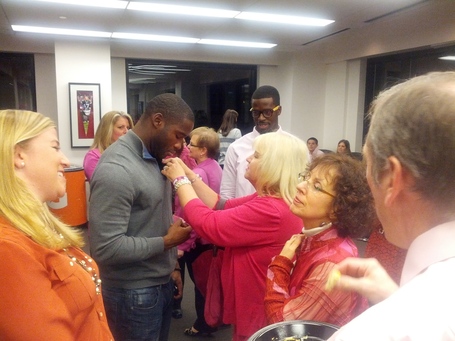 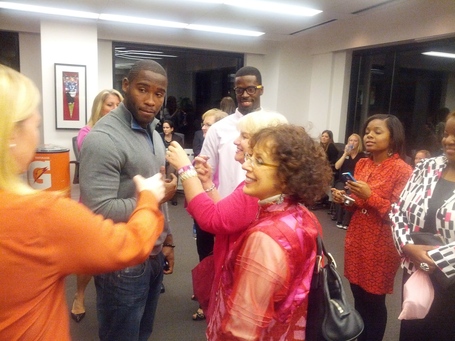 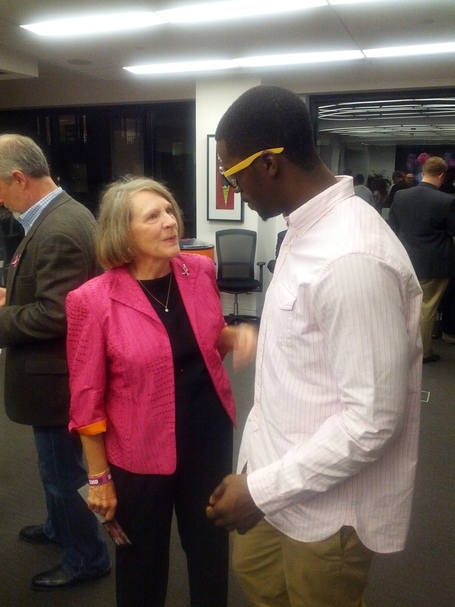 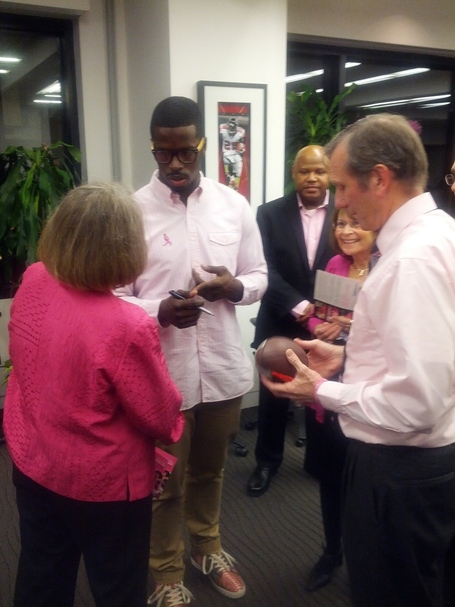 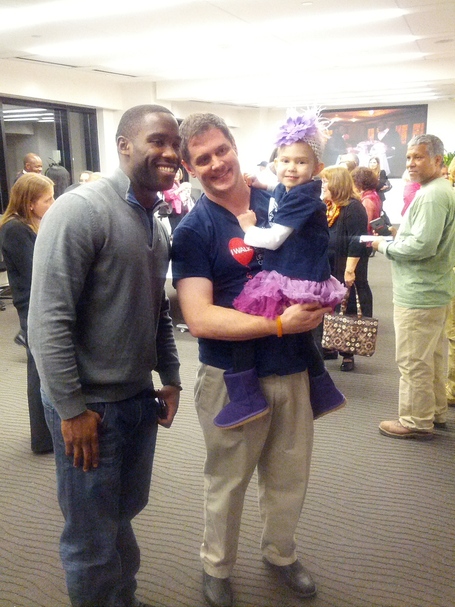 Josh Morgan speaking to the survivors and raffling off some NFLPA giveaways.... 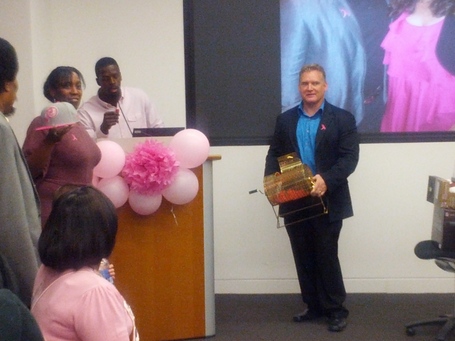 The raffle winners of the Joe Jacoby and Dexter Manley jerseys. This was a comical moment since these were two, different prizes and there were very few kids there. 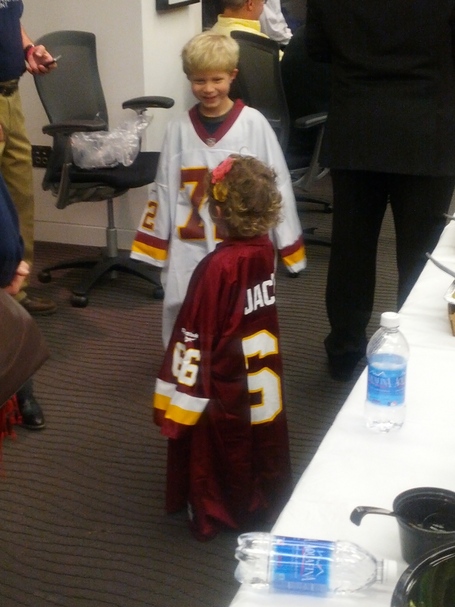 Josh Morgan's Louis Vuitton shoes....they do meet the pink theme. I wonder how many thousands Goodell would fine him if he wore them on the field? I'm sure some people think he should get fined for wearing them off the field. I actually dig em. 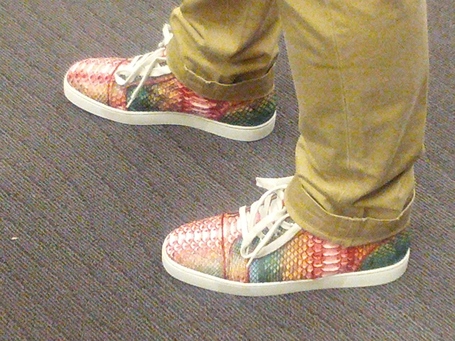 I asked Pierre Garcon who the best and worst dressed players on the team were:

Garcon: Helu is the worst. My God.

Me: I thought for sure it'd be one of the country boys like Logan Paulsen or Adam Carriker.

I could have swore Roy Helu got made fun of last year for his attire at the Redskins Welcome Home Luncheon, but Google failed me in trying to find those pictures. Thanks again to the NFLPA for thinking of me for this event.