Over the next day or so I'll be breaking down each of Robert Griffin III's touchdown passes. Previously I broke down the 68 yard pass to Aldrick Robinson and how the Redskins used similar run looks to set up the play-action pass. Next in line is the 59-yard pass touchdown to Pierre Garcon.

While the Redskins set up the Robinson touchdown beautifully, this play was more down to having a good play against the correct look mixed in with a touch of personal brilliance by Garcon. 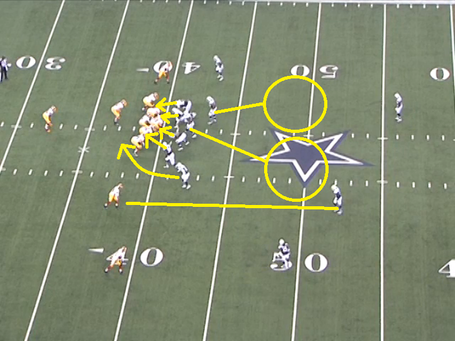 The Cowboys defense is lined up showing a heavy blitz. But in actual fact, they only rush five (including a corner blitz) and drop the two inside linebackers into coverage. With the slot corner being sent on a blitz, the safety rotates over to match-up with Santana Moss. 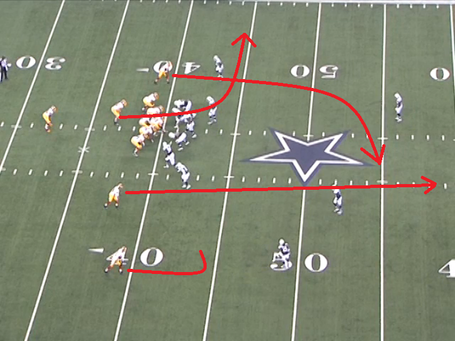 The Redskins have a pretty good play called to counter that of the Cowboys defense. The main routes involved are a go route by Moss and a deep crosser by Garcon. 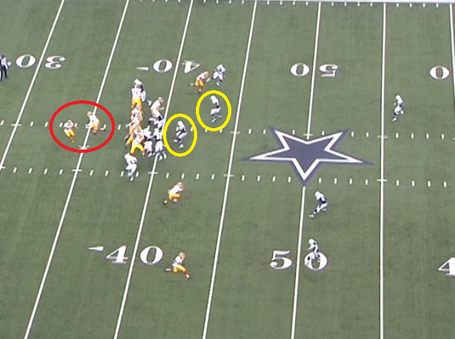 The play-action fake draws in the two linebackers. 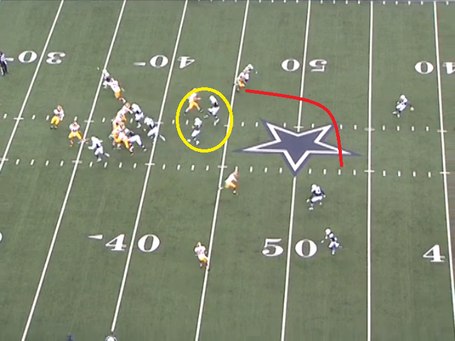 Making them late to get back into their zones. This gives Garcon space to run into between the linebackers and the deep safety. 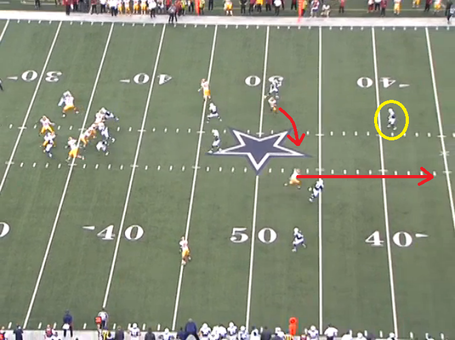 The deep safety is frozen in place by the route of Moss. Moss has eaten up the cushion and is running past his man on his go route. This creates a bigger gap between the linebackers and the deep safety to find a hole in. But as Moss continues to run his route, he takes his man with him. That opens up a running lane for Garcon to run after the catch. 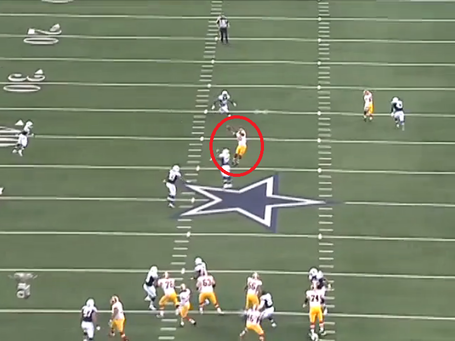 Garcon pulls off one of the most amazing catches I've seen in some time. But not only does he catch it, he manages to spin himself around fully and stay on his feet, putting him in a position to gain yards after the catch. 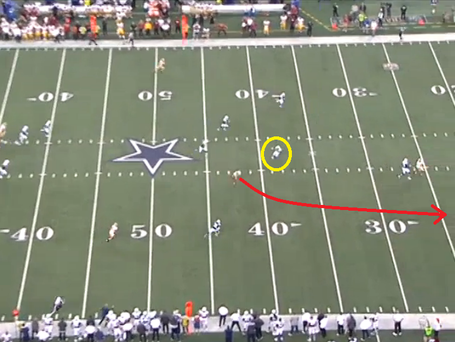 As mentioned earlier, Moss uses his route to clear out some running room for Garcon. Then it's all down to him. The Redskins paid him all that money to pick up big yards after the catch, and he certainly did that here. He just ran away from Cowboys defenders. Touchdown Redskins!