Over the next day or so, I'll be breaking down all of Robert Griffin III's touchdown passes against the Cowboys. They were all brilliant in their own way and I'm sure we all have our favorites. But first up, is the 68 yard pass to Aldrick Robinson.

The interesting thing about this touchdown was how it was set up from the plays just before. Lets look at the first play of that memorable second quarter. 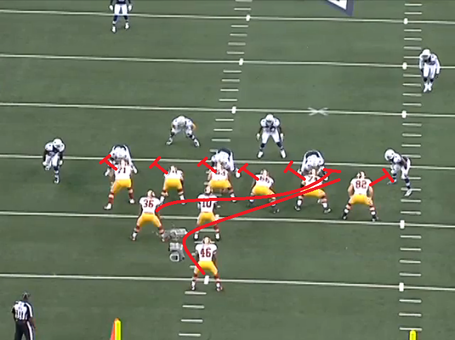 Lined up in the Pistol with Logan Paulsen at tight end, Darrel Young at fullback and Alfred Morris as the running back, the Redskins call for a cutback run. The entire offensive line slides left while Paulsen holds his block to the right. Young will lead block between right tackle Tyler Polumbus and Paulsen creating a running lane for Morris. 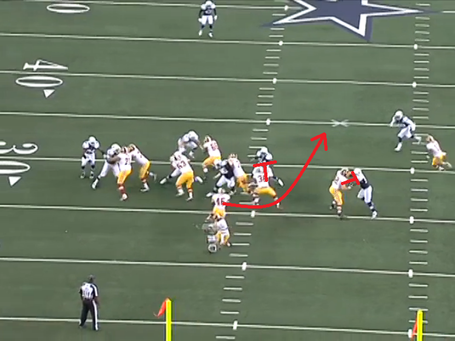 The play sets up perfectly. Most of the Cowboys defense is running one way, while Morris is running back the other. A huge hole appears and Morris cuts upfield, eventually being tackled for a 10-yard gain and a first down.

The next play, the Redskins show the same formation. 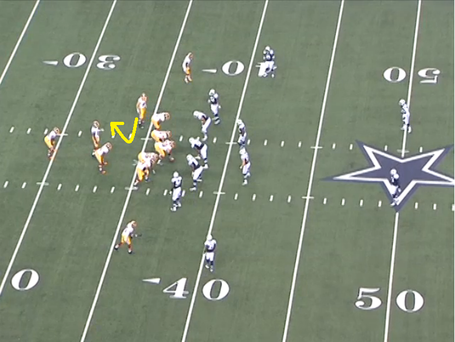 But on this play, Paulsen motions across the offensive line and then into the backfield. 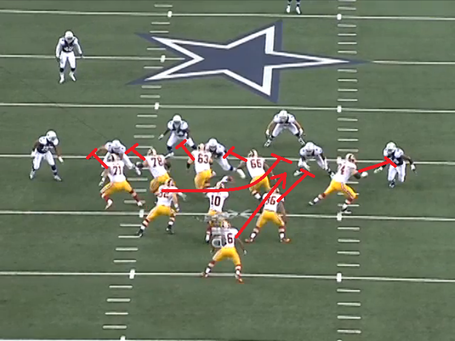 From there, the concept is pretty much the same. But this time, only four offensive lineman slide left, leaving Polumbus to hold a block to his right. This allows both Young and Paulsen to be lead blockers for Morris. Or so it would appear. Griffin actually faked the hand-off as the referees came rushing onto the field to call Aldrick Robinson for a false start.

But that doesn't deter Kyle Shanahan, who calls the exact same play, just flipping it over. 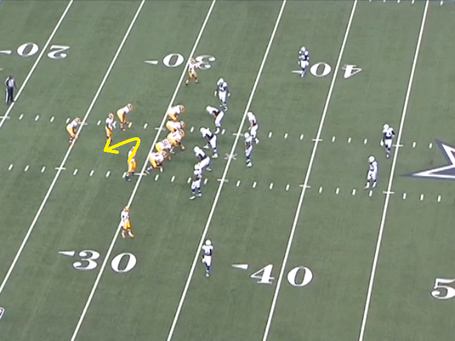 Once again, Paulsen motions into the backfield set. 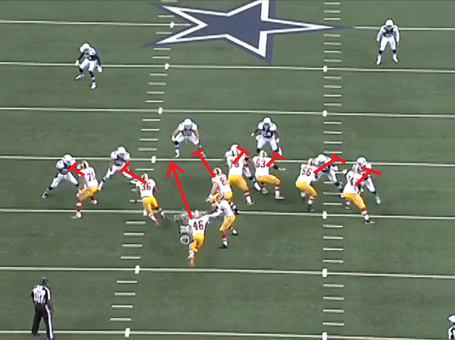 The play-fake is executed exactly the same as above, just to the left this time.

Having seen similar run looks for the third play running, the safeties are frozen in position as they attempt to diagnose the play. 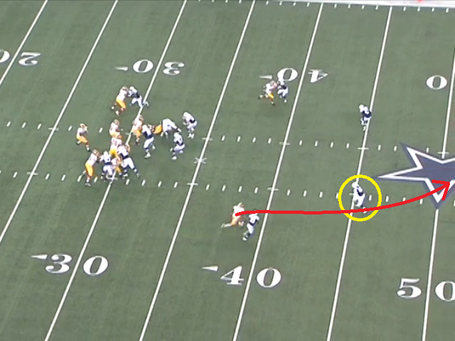 The play-action fake is executed so effectively that the safety is still leaning towards the run despite having Robinson closing in on him quickly. 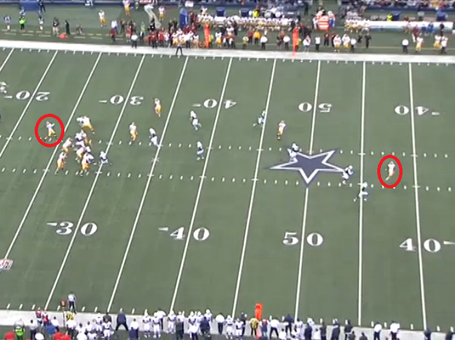 Robinson uses that deadly speed we've come to expect from him. He runs right through the coverage leaving the Cowboys defenders in the dust (man that feels great to say). Robert Griffin III shows off that amazing arm, putting the ball the best part of 60 yards in the air, on a rope into Robinson's stride. Touchdown Redskins!