This week, site manager for Blogging the Boys, Dave Halprin, answers my questions on the Cowboys vs Redskins matchup. He explains what other teams have been doing well against their defense and accounts for Romo's bad stats being in bunches.

Share All sharing options for: 5 Questions with Blogging the Boys on Cowboys OLine Woes and Romo 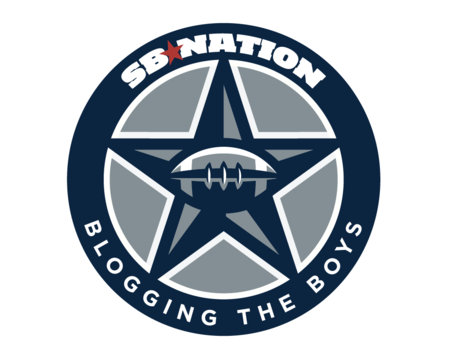 Thanks to Dave Halprin, site manager for Blogging the Boys, for answering my questions on Romo and explaining some woes they've had so far. Here goes.

1.) The Cowboys Offensive Line looks like something Vinny Cerrato and Matt Millen assembled after a peyote binge. With Tryon Smith possibly out, the likely starting Dallas OLine is Jermey Parnell, Nate Livings, Mackenzy Bernadeau, Derrick Dockery and Doug Free. I read on BTB that vs CLE, Dallas RBs could only manage 63 rushing yards and gave up seven sacks and ten hits on Tony Romo. CLEVELAND! (Oh, and that was at home too). Tell me how the Cowboys offense gets it done this week?

Dave Halprin: The Cowboys will have to go against their natural tendency to be a vertical passing offense and rely on shorter patterns and 3-step drops. Obviously if we could develop some sort of credible running offense, that would help, but we haven't been able to rely on that with any consistency. So expect to see a lot of Jason Witten on out patterns and the receivers on slants and crosses, etc. Romo is pretty phenomenal at avoiding the pass rush, so he'll be scrambling to prolong plays, but the fact of the matter is the Cowboys offense is struggling. To win, they need to not turn the ball over, create just enough offense to put some points on the board and rely on a defense that has been doing the job for much of the season.

2.) Romo's stats are noticeably off this season. 13/13 TD/INT ratio and 5 fumbles...what's the main reason. Is the fanbase still entirely behind Romo?

Dave Halprin: Romos INTs have come in bunches. Against Chicago he had 5 INTs and against New York he had 4 INTs. In two games he threw 9 of his 13 INTs. So even though the overall numbers look bad, the turnovers have been bunched in those two games. He's also had real problems with his receivers running incorrect patterns in this timing offense.He throws to a spot and the receiver isn't there. In the past three games though he hasn't thrown any interceptions. Not having an offensive line and running game that has been consistent has also hurt his production. As for the fanbase, they're split although I'd say the majority still believe in him.

3.) How would you grade the Cowboys defense to this point and why? The Redskins secondary has been atrocious but they have 1 more INT and a slightly better QB rating against than DAL.

The Dallas defense has been solid for most of the year. They've even kept us in games when the offense was turning the ball over or were just being inept. The defense hasn't been making the big splash plays like turnovers as much as we'd like, but they are solid. They don't give up a lot of overall yards, and many of the points credited against Dallas have actually come from the opposition scoring on defense because of turnovers or because of short fields. The corners are much-improved from years past, and Bruce Carter is turning into a beast at inside linebacker. Along with DeMarcus Ware and Anthony Spencer, they are playing good football.

4.) What have other teams done offensively vs Dallas that have worked well consistently?

Attack the middle of the field in the passing game. Dallas still has weak spots at safety due to a long list of injuries. Last week we got burned for two touchdowns by the Cleveland tight end down the seam. And with Sean Lee out for the year, the coverage by linebackers is also an area to attack. For most of the year, Dallas has been good against the run, but they lost Kenyon Coleman a couple of weeks ago who was a good run-stuffer. Running at his replacement, Marcus Spears, may also be an avenue to explore.

5.) What's your score prediction and best guess stat lines for RGIII and Romo?

5.) Predictions on score and stat lines for the QBs?

Score: Dallas 24 - Washington 20. Romo has two passing touchdowns, RG3 has one passing and one running touchdown. Romo throws one pick, RG3 fumbles one away.