With it looking increasingly likely Nick Foles will be the Philadelphia Eagles starting quarterback this week against our Washington Redskins. We got our first real look at Foles last week after incumbent Michael Vick left the game with a concussion. I never thought that highly of Foles during the draft process earlier this year and was surprised that Andy Reid drafted him if I'm honest. His major problem in college was that he couldn't get his lower and upper body in sync, leading to errant throws.

Having watched him last week, I didn't notice this problem quite so much. However, I felt like his timing and accuracy on three-step drops and quick passes out of the shotgun were off. 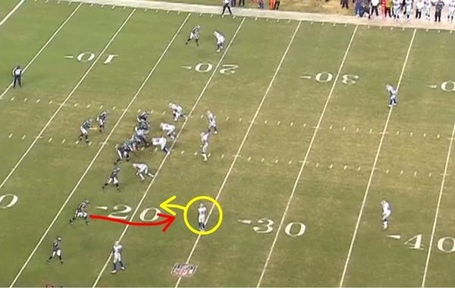 Foles has a quick hitch route against a corner playing off-man coverage. In an ideal world, its simple catch, set and throw for Foles. 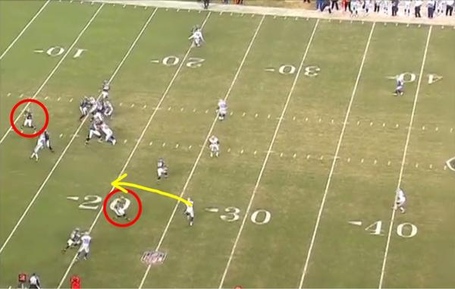 But Foles is late with the throw, allowing the corner in coverage to jump the route. It's hard to believe Foles has been taking all that many reps at practice with the first string guys, so his timing with those receivers is going to be somewhat off. But the route was much too easy for the corner to jump it. Foles was extremely lucky the ball wasn't intercepted and taken all the way back.

On this next play, Foles is under center on a three step drop. 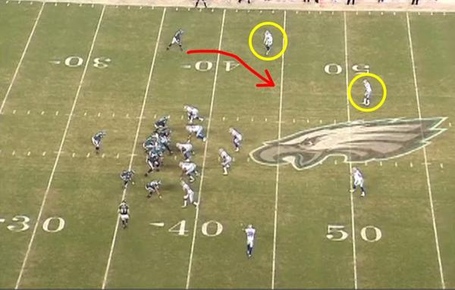 Foles has a slant at the top of the picture that he's looking for. However, the Cowboys have two defenders to that side of the ball, with only one receiver to throw to. 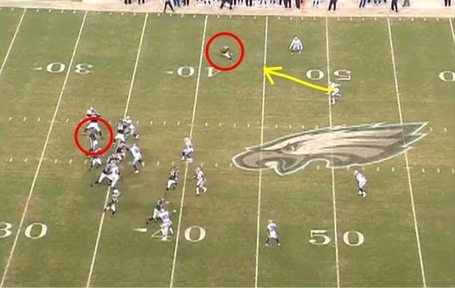 Foles immediately looks for the slant, despite the safety biting down on it. 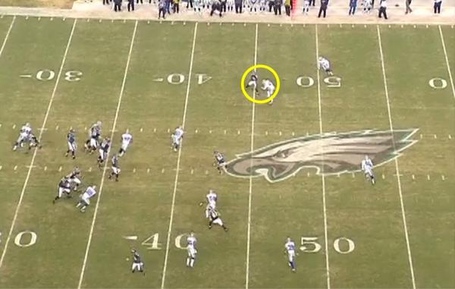 Maclin pulls out of the catch because he's being lead into a huge hit from the safety. Granted, Maclin should still have attempted to catch the ball, but Foles telegraphed the play and lead him into that hit.

Here's another play from under center. 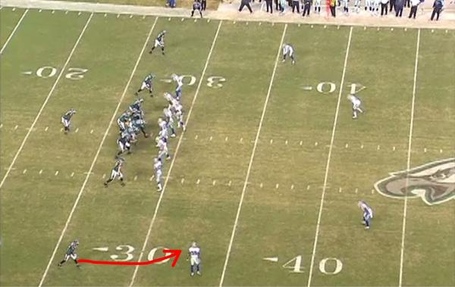 Once again, its a three step drop from Foles, who has a slant route on the bottom of the picture. 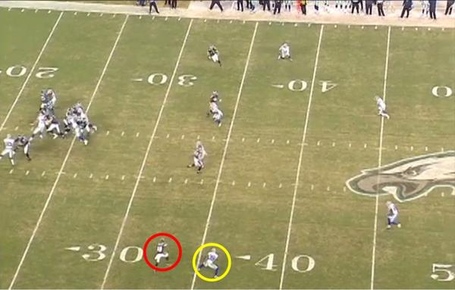 Foles actually gets a favorable throw as the cornerback had opened his hips to cover a deep route. 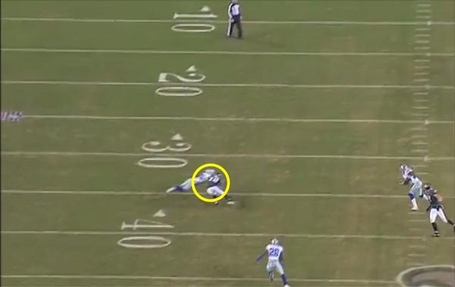 But the ball is behind the receiver, allowing the corner a chance to recover and nearly intercept the pass. Now granted, Foles did face some heavy pressure on this play, but he got the ball away cleanly before he took a hit.

So based on the film from the Eagles game against the Cowboys, I'd be looking for the Redskins to play off-man or zone coverage with eyes focused on Foles. I think he can be baited into a throw or can have throws jumped by aggressive corners. I wouldn't necessarily be looking to send multiple exotic blitzes or heavily disguise coverages. I don't think we've seen enough evidence that he can effectively drop back, read an NFL defense and take what it gives him on a consistent basis. I would be looking to force him to take these quick, timing throws underneath and see if you can jump a couple.