When Redskins head coach Mike Shanahan drafted quarterback Robert Griffin III, he said from the start that the offense would be tailored to fit his strengths and abilities. As we entered the season, the Redskins surprised some people by installing some of the actual plays that Griffin ran at Baylor.

Every week Robert Griffin III and the Redskins show us something new. The Falcons were the latest team that failed to stop the new wrinkles in our offense. Against the Saints we saw a run/pass option play that to many, looked like just a normal screen. This past Sunday, we saw the next stage of the run/pass option game. 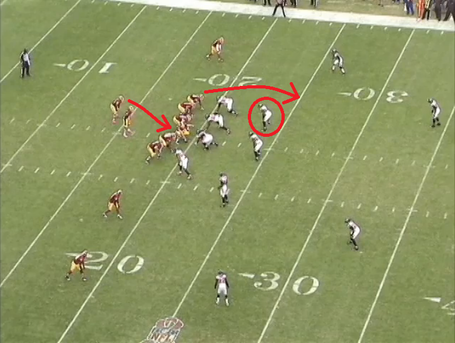 The design of the play is for Griffin to read the Will (or weakside) linebacker. Whatever that linebacker does, dictates the play. If he sits back in coverage, the ball is handed off and there is one less defender in run support. If he comes down in run support, Griffin keeps the ball and throws into the hole left behind the linebacker. 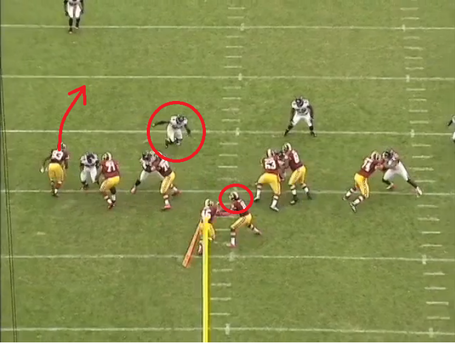 On this occasion, the linebacker comes crashing down to close the gap between center Will Montgomery and left guard Kory Lichtensteiger. Tight end Fred Davis runs right up the seam and into the vacant gap. But how do we know this isn't just a great play-action fake? It's all in the offensive line. 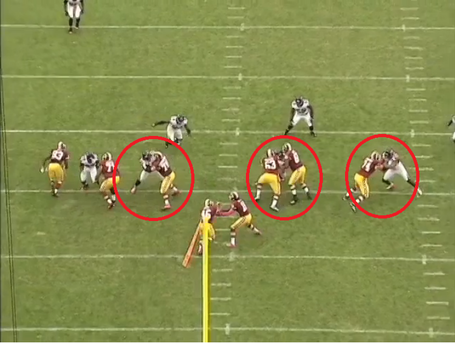 Look at how they are all attempting to push the defensive lineman backwards off the line of scrimmage, just like they would in a run play. In a standard play-action fake, the offensive line generally holds their position, rather than truly attempting to win the block. That tells us that as far as they know, the ball could be handed off. 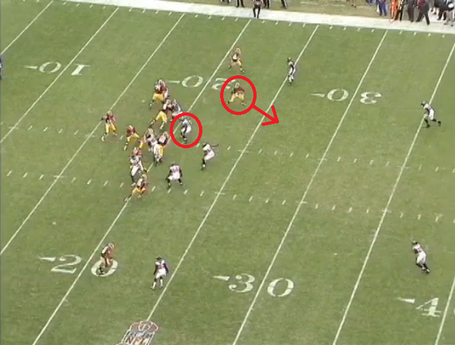 With the linebacker playing the run, Davis has a big hole in the defense to run into. Griffin delivers the ball quickly for an easy completion.

This play was almost taken straight out of Griffin's playbook at Baylor. 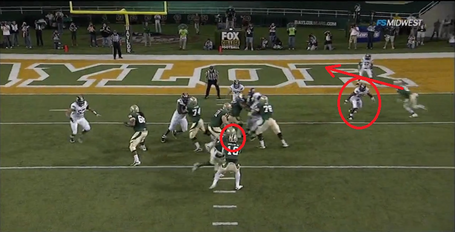 You can see the linebacker is being read by griffin. He's coming down to support the run defense while a receiver runs right past him into an open space in the end zone. Again notice the pulling guard in the offensive line. That tells us again that the offensive line are treating this as if it's a run play in the case of the ball being handed off. 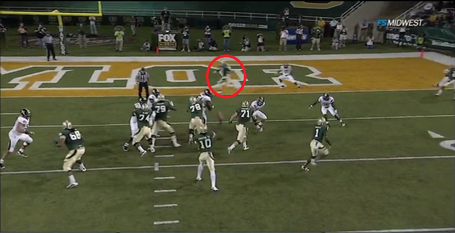 With the receiver wide open, Griffin has one of the easiest touchdown throws he'll ever make in his career.

Back to the present day with the Redskins. They ran the same play again in the third quarter. 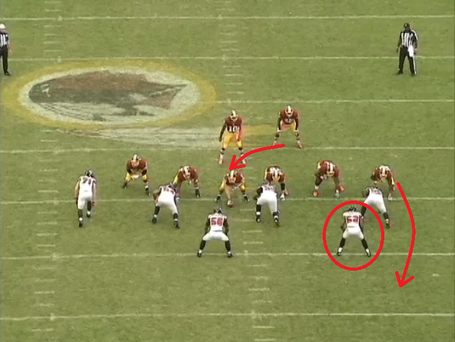 It's the exact same concept. Griffin is reading the Will backer. 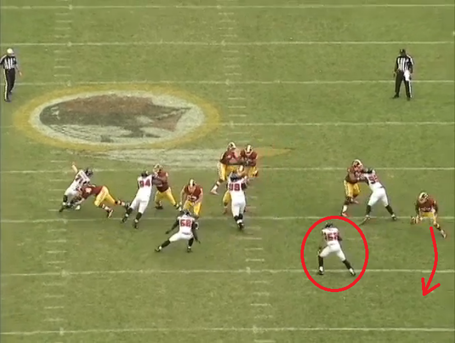 The defender is slow to react, weary of getting caught out again. But he eventually begins to move towards the line of scrimmage. 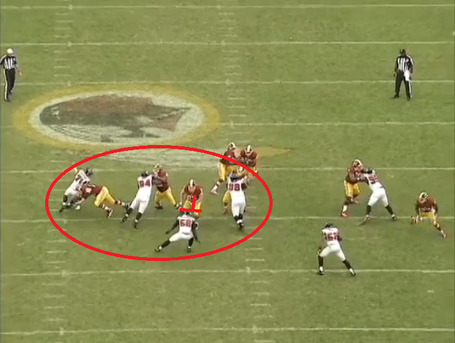 Again, the offensive line treat the play as a run, just in case it is. This was the point I was sure this was a read option play. In what play-action fake have you seen the center attempt to block the Mike backer on the second level; while the right tackle attempts to cut-block to close-off the outside? 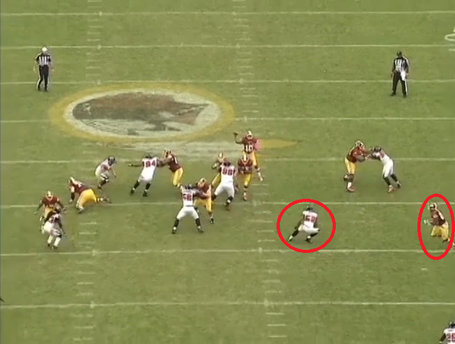 The Will backer just can't win on this play, and that's by design. He gets caught out for a second time and Griffin has another easy completion.

What do you think of the run/pass option plays? How else could the Redskins run these types of plays? Let me know your thoughts in the comments below.