The Washington Redskins, 75 Years in the Nation's Capital (1937-Present)

Share All sharing options for: The Washington Redskins, 75 Years in the Nation's Capital (1937-Present) 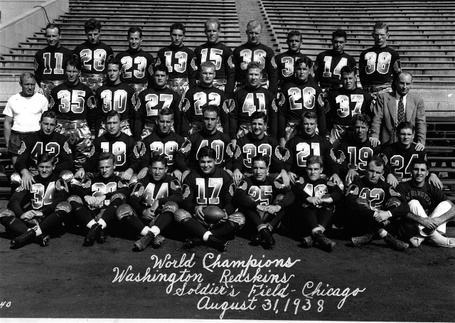 This year will mark the 75th year in Washington, D.C. for the Redskins. It's been a rollercoaster 3-quarter century, but the Washington Redskins hold the title for most loved, and most loved to be hated team in all of sports. And for good reason.

Redskins fans span across the United States, as well as locations all over the world. Our own UKRedskin is a testament to that.

My great grandfather was an Irish-Catholic Boston native and a diehard fan of the Boston Braves, formed in 1932. In the early days, professional football took a relative backseat to the College game, so full-fledged fans were hard to come by. My father's side of the family still lives in the Boston area (Plymouth, MA) and roots for the Burgundy and Gold.

The Braves only kept their name for one year, migrating to the Boston Redskins in 1933. The team would remain in Boston until 1937, when owner George Preston Marshall moved them to the Nation's Capital. Marshall chose D.C. because of the large amount of tourists, and thought it would be good entertainment. That's right folks; the Washington Redskins began their franchise as a tourist attraction. 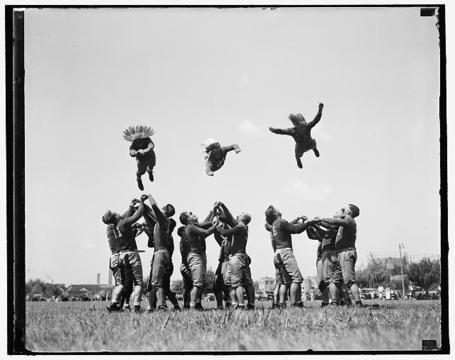 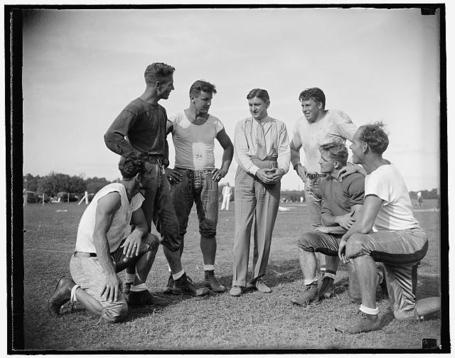 The Redskins debuted in Griffith Stadium (Capacity 32,000 at the time), the former home of the Washington Senators, against the New York Giants on September 16th, 1937. Temporary seats lined right field for football games, as the gridiron would stretch from left field to 1st base. In front of a sellout crowd of 24,942, the Redskins defeated the Giants 13-3. The only touchdown scored was on a 60-yard run by Riley Smith.

Washington would go on to win their first NFL Championship that year. It makes sense. The 1937 Redskins were stacked with four future hall of fame players in Sammy Baugh, halfback Cliff Battles, end Wayne Milner and lineman Turk Edwards along with hall of fame head coach Ray ‘Red' Flaherty. They were the defending Eastern division champions from Boston.

The 'Skins faced the Bears on a cold December 12th in 1937. Redskins' star Quarterback 'Slingin Sammy' Baugh would throw for three touchdowns in the third quarter, recovering from a 14-7 deficit. The Redskins would win 28-21.

Here's a great picture of Ed Justice, Bob McChesney, and Henry Krause diving for a football during practice in '37.The end of the 1937 season wouldn't be the last time the Redskins would secure a title. 4 more would follow, including 3 modern Super Bowl-era championships. The season, and this game especially, is what sparked a 75-year franchise here in Washington.

The Redskins represent not only the Washington, D.C. area, but America itself. The team embodies the American dream as a whole, and holds true to its devoted fanbase. It's one of the most valuable teams in the NFL, both monetarily and metaphorically, and its rivalries are known in countries that don't even speak english.

It's not easy being a Redskins fan, but I wouldn't trade it for any other team. No mile-high stadium, terrible towels shamwows, gaudy big-screens, or representations of poor articulation (Who dat?...), just good 'ol Redskins football. There's nothing better.

Happy 75th anniversary in the capital, Redskins Nation. And as always...

Hail to the Redskins. 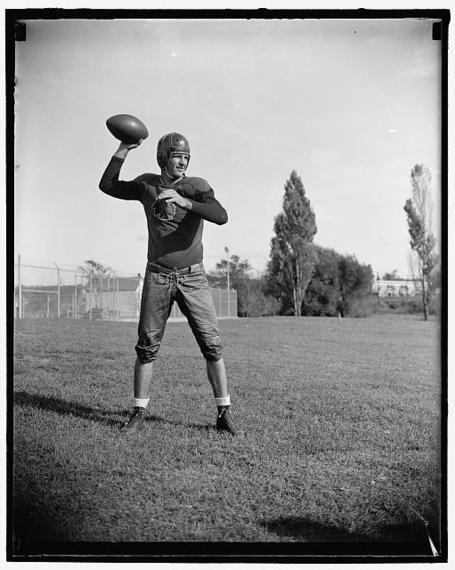 Above: "Slingin Sammy" Baugh, Washington, D.C., Sept. 11. "Slinging Sammy" Baugh, new addition to the Washington Redskins, the Texas Christian U. star is rated as one of the greatest of this generation as far as the passing game goes. Sammy's most recent feat was the practical winning alone of the Green Bay all stars game at Chicago with a series of sensational passes, he is 24 years old, weighs 190, and is six feet tall, followers of professional football will hear a lot from Sammy his fal, 9/11/37 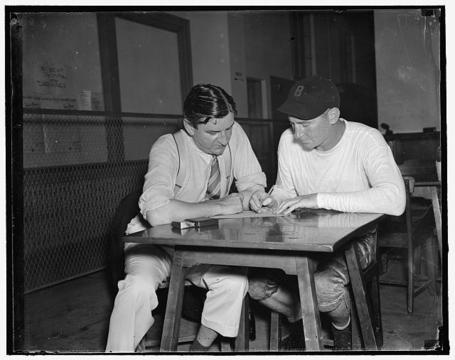 For more articles and gameday info, check out The Burgundy Warpath

Note: All above images are located on the Public Domain.