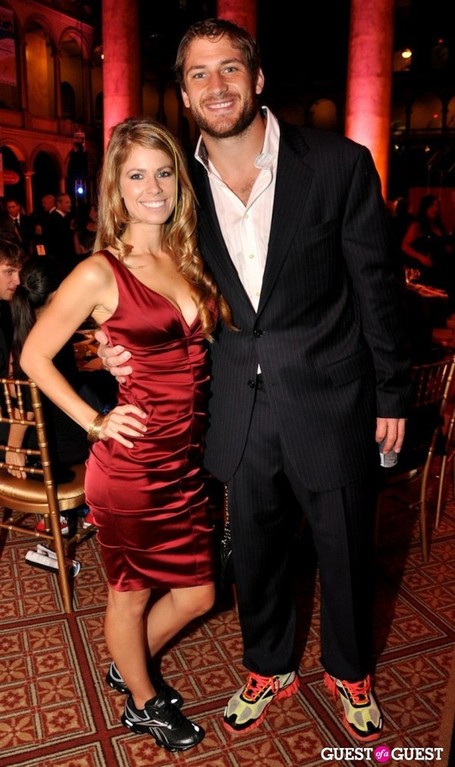 Chris and Christy Cooley attended the Sneakerball last week, which is a black-tie event (in sneakers) that honors D.C. athletes for success on and off the field in the community.

As Ball Hogs Radio noticed, Cooley's suit is not even close to fitting him. BHR asked Christy about it and she responded:

Ha.Yes it is but he lost 25 pds since the last time he wore it. He didn't think about tailoring his suits til it was 2 late.

Cooley on Friday stepped on the scale at Redskins Park and weighed 234 pounds. That's 20 pounds lighter than he's ever been during his seven-year pro career.

Cooley: "The responsibilities that the tight end has in the run blocking scheme area little bit different because of the zone blocking. It's more about quickness and being able to get your hands on guys and be able to stay with guys."

Fred Davis of course loss 15 pounds as well to help his effectiveness on this roster:

"Of course you want to get paid and be the best tight end. But it's more of a playing thing. I want to be a starter. I don't want to be a backup the rest of my life. So whatever I showcase, it's for the Redskins or whoever."

I've said it before and I'll say it again, I love the characters on this Redskins team.