Daily Slop: Redskinettes on Video and OLine is Coming Together

Share All sharing options for: Daily Slop: Redskinettes on Video and OLine is Coming Together

Shanahan on Jarvis Jenkins: ‘You cannot replace a player like that’ - The Insider
"It's always hard to lose one of those big guys because you can't find them on the street," Shanahan said. "They're hard to find."

John Beck, Rex Grossman get along fine, and their battle for Redskins QB job could be a long one - WaPost
Mike Wise | John Beck and Rex Grossman appear to be running in a dead heat for the Redskins starting quarterback job, but each has maintained a healthy respect for the other.

DeAngelo Hall: 'We'll learn from our mistakes'
It was good to see DHall focusing on the TD he gave up and not his pick-6 when asked about the run-back.

Hightower happy to be in a zone | John Keim | Washington Examiner
"I've had some good opportunities and I get a lot of credit, but if you watch the film, it's those guys up front."

Redskins’ running game begins to find its zone in 2nd year under Shanahan - WaPost
"Those big plays [are] a combination of a lot of people working together, the back side of the formation really has to be in tune and staying with their blocks," Shanahan said. "They’re so fast in the National Football League, it’s hard to get those long runs unless everybody’s working together."

The Redskins Blog | ‘Beauties On The Beach’ On CSN
Video from their calendar shoot at the Carribeab. Good way to start your week.

NFP Sunday Blitz | National Football Post
Former Redskins running back Clinton Portis is so eager to show NFL teams he still can play that he is offering to pay his own way to fly to a team and work out for them.

The Redskins Blog | Brandon Banks Is Underestimated
Picture of his new tattoo.

The Redskins Blog | Clint Stitser’s ‘Adventure Of A Lifetime’
Interesting read....life of a kicker.

Be On The Lookout For Javaris Crittenton, Because The FBI Is
For Washington Wizard is on the lam after accidentally killing a mother of four in a revenge shooting.

And least and last, this great pic via TruthAboutIt.net and 30fps.mocksession.com 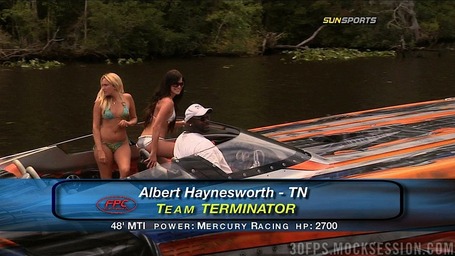