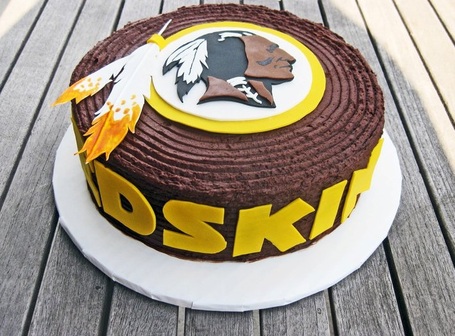 Both Adam Schefter and Mort are reporting that a deal should be in place by July 21 owner's meetings. UDFA could be signed July 25, and free agents could re-sign. League year and full FA would start July 28.

John Clayton: Redskins need to spend $45 million to hit cap floor
Of course, there is no CBA to define what the cap floor and ceiling are yet, but the Redskins do have a rather cheap roster, currently.

Skins sitting in good cap shape while Cowboys, Giants face problems | Real Redskins
In a reversal of the usual situation, the Washington Redskins have a lot of salary cap flexibility while the Giants and Cowboys face challenges.

Bobby Mitchell And The Kennedy Family, Among Other Presidential Types
Fantastic read of Mitchell's time hanging with former presidents, including JFK.

Chris Hanburger Gets To Attend Bobby Mitchell's Hall Of Fame Golf Classic
Mitchell's golf tourney is strictly for Hall of Famers only.

An explanation to Joe Theismann: The difference between what Kevin Kolb and John Beck have done in the NFL – Blogging the bEast
JimmyK rips Joe Theismann, and his arguments are pretty solid.

Adam 'Pacman' Jones of Cincinnati Bengals arrested after bar incident - ESPN
Jones, who wears a neck brace as a result of an injury suffered last season, denied the allegations in an interview with WCPO-TV after leaving jail. Mugshot is comical.