It's not so much news, but Hank tweeted a picture of himself in his new Redskins uniform yesterday. Hankerson and #85 is not official yet on the Redskins roster, but it's pretty safe to say it's his (assuming Mike Furrey doesn't retain the rights to it on IR).

HankTime85 Leonard Hankerson
How y'all peeps like this, especially #HTTR world???? 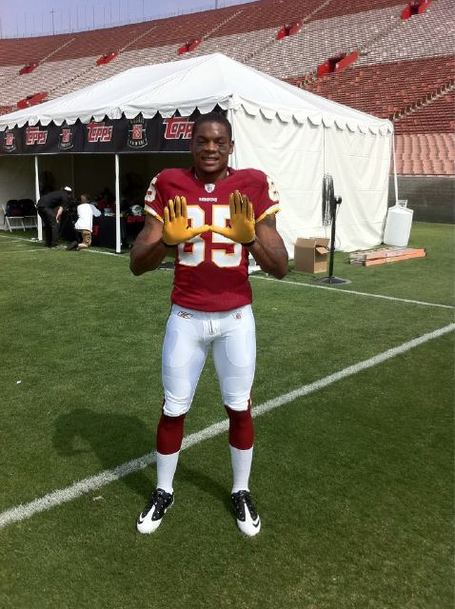