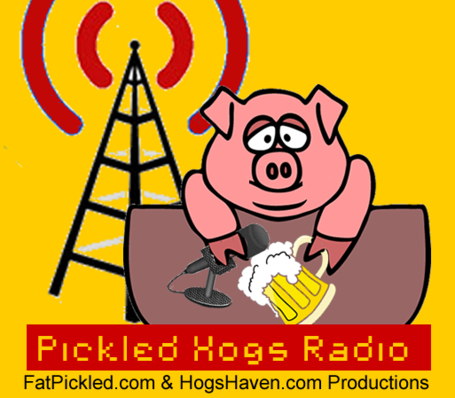 For those that missed it on Twitter, Redskins ILB Robert Henson and Hogs Haven's own Ken Meringolo dueled in Madden '11 last night. A couple months ago, they last played a couple months ago where Ken barely won behind the awesomeness of Clay Matthews.
After a lot of trash-talking by me (as @HogsHaven), Henson layed the WOOD to Kenny...65-18. Ken played with the Packers again and Hen with the Steelers. Randle El was the MVP of this game, which is a nice swift kick to the groin for the Meringolo family. When Kenny stopped returning my texts during the route, I tweeted to Hen asking him to run a fake FG on Kenny....he subsequently did it not once, but twice.
Washington Post Live's Ivan Carter will join us on Pickled Hogs Radio tonight at 910PM and Henson at 930PM. With the influx of draft picks coming in, we'll also discuss if any numbers that usually are off-limits (28, 81, 65, 71, 7, etc) should be allowed to be worn, and vice versa.
Listen to internet radio with HogsHavenXcom on Blog Talk Radio
Here's the full dialog of Henson and myself while Kenny was getting bent over:
The evening starts with some early trash-talk. Henson played with the Steelers and Kenny with the Packers. (Henson narrowly lost to Ken last time as Redskins playing against Ken and the Packers).
@HogsHaven - KevinHere's a pic of @Mr_Henson51 playing ps3 now http://t.co/RfgtKbx

@Mr_Henson51 - Robert Henson
This is a pic of Ken from @HogsHaven and I playing Madden in my basement when I beat his head in http://lockerz.com/s/102777182

And in true buttkicking fashion, Hen tweeted a short video to pronounce his beat-down. Here's something to show your grandkids Kenny: http://www.twitvid.com/ATM1T