Update: I was just talking back and forth with EB from the Junkies who broke the story, and he clarified the details which PFT didn't translate correctly. EB: "Obviously DM could have refused somewhat understandably if the request came after he was publicly chastised for not grasping the Offense. 1)We never said DM had never worn a wristband before 2) Snyder was upset with Shanny cuz he couldn't MAKE DM wear one ....Apparently Lavar confirmed this w his own peeps after we went on the air. Never spoke to him about it before. Ever."

OK, so now I'm changing my tune. I believe there is some truth to this now. What a mess. Not like it really matters though, McNabb is gone anyway.

is disturbing if this Dan Snyder part is correct.

Yesterday the heated debate was Vince Young, and now the Sports Junkies are reporting through unnamed sources, who Lavar Arrington also validated through his sources (wait, they all work for the same radio station), that McNabb refused to wear a play-calling wristband:

Mike Shanahan asked McNabb to wear a wristband after he struggled to remember plays. McNabb declined, explaining that it was "bad for my image." would make him look stupid.

Per the report, owner Daniel Snyder became furious with Shanahan that he couldn't get McNabb to wear the wristband. when he learned after the season that McNabb wouldn't wear a wristband.

There are so many fails that I struggle to believe this.

2.) Why would Snyder be mad at Shanahan? The Head Coach is trying to improve the play-calling. The Redskins had a lot of problems at the line of scrimmage last year with false starts and blocking breakdowns. This makes no sense. If you recall, under Jim Zorn, when Sherm Smith took over and gave Campbell a wristband, the Redskins offense increased DRAMATICALLY.

3.) Tom Brady wears one to this day, so what's there to be embarrassed about? Throwing INTs and getting sacked is 100x more embarrassing. Yes, in Philly he didn't wear one but he knew that system inside out.

3.) And in conclusion, here are MULTIPLE pictures of McNabb wearing wristbands....including a play-calling one with Syracuse. 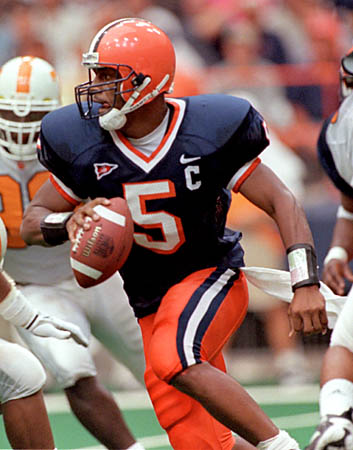 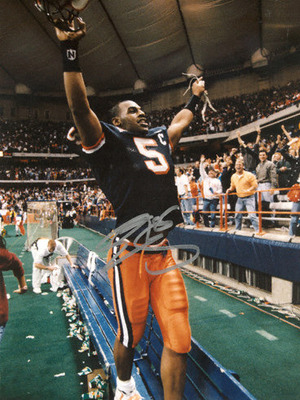 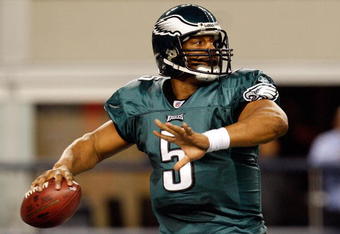 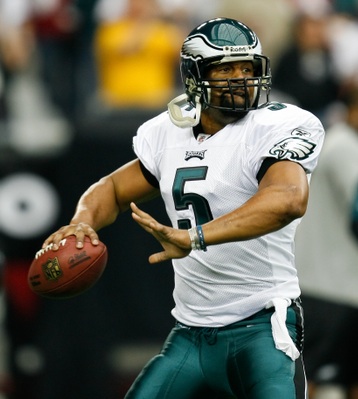