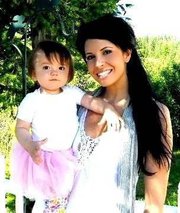 Mark Rypien’s daughter to quarterback a Lingerie league team - WaPost
Angela Rypien reportedly will play for the LFL this fall. It’s a seven-on-seven league of scantily clad women. That is all.

Report: Violations of lockout rules rampant on both sides - Yahoo!Players talking with coaches after player-led workouts in which coaches are supposed to have no participation. Coaches sending plays via Skype that players then use in workouts. Position coaches watching game film with players at the homes of the players.

NFL.com Blogs: Vince Young can win in the NFL"Vince has won a lot of games; he’s led teams to the playoffs before," Fisher said. "I believe he can (win in the NFL). It’s just a matter of him finding a place that suits him and be in the right place and work hard. But he certainly has that ability."

DeAngelo Hall’s enjoying his summer vacation - DC Sports Bog - The Washington PostRedskins cornerback said owners "can lock us out till whenever," since players don’t get paid in the offseason anyhow.

Evan Silva: Palmer Will be Traded to the Seahawks and the Bengals Will Sign McNabb. - Cincy Jungle
In this scenario, Redskins release McNabb.