Share All sharing options for: London Fletcher Organizing Practices Next Week for 30 Redskins

In a world of Twitter and Facebook statuses where all my regular information is less than one sentence long, it sadly becomes harder and harder for me to keep my attention span up for longer articles. Like most people, I've devoted more time on the can to remedy this. In a time where Redskins news is as dry as Donovan McNabb's media pressers, Mike Wise penned a gem of an article today covering Chris Cooley's latest hobby ventures and his interaction with fans at his gallery. A key part I loved reading was:

[Cooley] said about 30 Redskins, led by London Fletcher, have pledged to meet at a Northern Virginia high school for their own mini-camp of sorts next Wednesday and Thursday.

That's great to hear. Can we just put London Fletcher in the ring of fame now? Oh, and Cooley's interaction with this fan at his gallery is epic:

Fan: "Where's that jersey from, somewhere you played?"

Fan: "Great. Well, you have some real nice work here."

Told it is a Redskins jersey, Schafer asks, "Oh, neat. Do you still play?

Classic. This comes to mind when imagining this conversation... 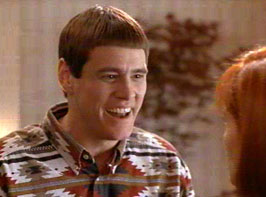