Which QB Will the Redskins Draft? Poll.

Share All sharing options for: Which QB Will the Redskins Draft? Poll. 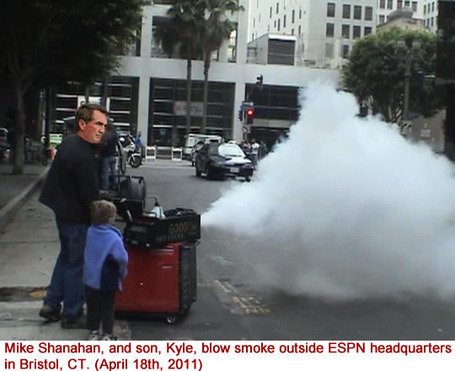 With just a little over a week to go until the draft, the smoke machine is on full blast. The Redskins seem to be everywhere in the news the last 24 hours:

1.) Report: Ryan Mallett in play for Redskins at No. 10 overall | ProFootballTalk, according to Mike Lombardi.

2.) Adam Schefter saying McNabb wants to play for the Vikings, and that trade rumors with the Vikes are heating up.

3.) The myriad of mock drafts having the Redskins taking a QB in the 2nd round...specifically Andy Dalton or Chris Ponder.

I remember last year 3 days before the draft the rumor came out Shanahan liked Trent Williams over Okung. I first did a post about it, and then followed it up with it being a smoke screen to get Okung. Congrats, Redskins, you have everyone more confused than ever and it's driving me effin nuts.

PS - How long until we hear a rumor linking the Redskins to Kolb? Anyone want to start that for the hell of it?